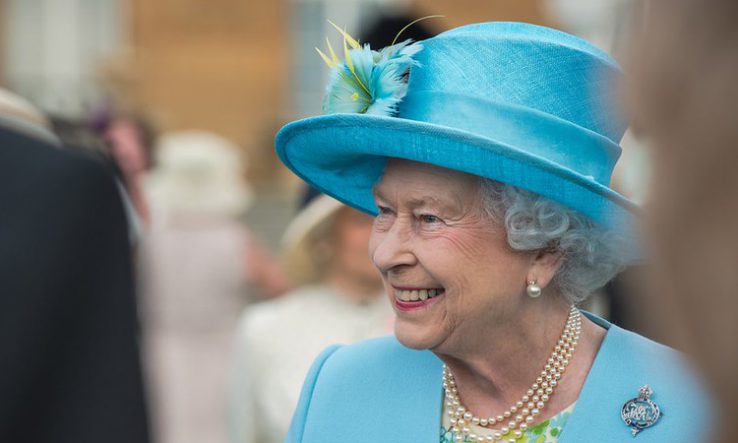 Tributes have flooded in from all corners of the research and higher education community following the death of Queen Elizabeth II, described as an “ardent supporter of universities” who witnessed “great scientific progress” during her 70-year reign.

The Queen died at Balmoral on the afternoon of 8 September at the age of 96, sparking an outpouring of grief and sympathy across the UK and the world.

Among those to pay their respects to the monarch were key figures in the UK R&D sector, including the leaders of the major learned societies, many of which boasted the Queen as their patron.

Adrian Smith, president of the Royal Society, said the society was “deeply saddened” by the death of the Queen, who was a patron of the society for over 60 years after signing the charter book in 1957.

“Over her six decades as our patron, she has seen great scientific progress, with many British scientists contributing to breakthroughs,” said Smith.

“It was a particular honour for the society to have Her Majesty participate in our 300th anniversary celebrations and attend the convocation of fellows marking the 350th Anniversary of the Society in 2010. Her contribution will be greatly missed.”

Julia Black, president of the British Academy, also expressed her condolences. “For those in the humanities and social sciences, she will also be remembered as a passionate supporter of education and our disciplines,” she said.

“A keen historian with a love for the arts and languages, Queen Elizabeth awarded honours to many fellows of the British Academy and gave her patronage to countless faculties, museums and institutions serving our disciplines. She will be greatly missed.”

Jim McDonald, president of the Royal Academy of Engineering, noted that the Queen had seen “enormous changes in engineering, science and technology during her lifetime, and has always shown an active interest in new developments”.

“Indeed, she has inaugurated many of the UK’s most important engineering projects—from the Channel Tunnel to the Diamond Light Source—and was the first monarch to send an email,” he said.

“Through her steadfast public service, Queen Elizabeth has earned the respect and affection of generations of people in this country and all over the world. She has also helped to inspire new generations of future engineers by graciously allowing her name to be given to the Queen Elizabeth Prize for Engineering, which celebrates bold, ground-breaking engineering innovation of global benefit to humanity.”

Meanwhile, Anne Johnson, president of the Academy of Medical Sciences, said the academy was “grateful for the Royal Charter we were granted by the Queen, and the recognition she paid to our work and the work of our fellows”.

Elsewhere, in the higher education sector, Steve West, president of the vice-chancellors’ group Universities UK, said the Queen’s “remarkable and unrivalled reign leaves an enduring legacy for the nation and our universities”.

“Her Majesty was an ardent supporter of universities and of education as a force for good,” he said. “Through her patronage of The Queen’s Anniversary Prizes over three decades, she celebrated and promoted the impact and benefits of higher and further education for students, communities, the economy and wider society.

“She also recognised the role universities play in building an understanding of different countries, cultures and the importance of global networks, exemplified by her role as patron of the Association of Commonwealth Universities.”

A spokesperson for the ACU said: “Through Her Majesty’s continued patronage, the ACU has provided a forum for global universities to share information, knowledge and ideas, and make a critical contribution to sustainable development across the Commonwealth and beyond.”

Tim Bradshaw, chief executive of the Russell Group of research-intensive universities, described the Queen as a “much loved and highly regarded public figure”.

“On behalf of the Russell Group, I want to extend my condolences and sympathies to the entire Royal Family as we—and the country—pay our deepest respects.”

Several politicians with interests in higher education and science also took to Twitter to share their tributes.

Ex-science minister George Freeman said the Queen had been a “shining beacon of dedication to duty, office, public service and nationhood”.

“Through it all she has been the exemplary spirit and embodiment of the best of the United Kingdom; a unifying sea anchor stabilising our ship of state in turbulent seas.”