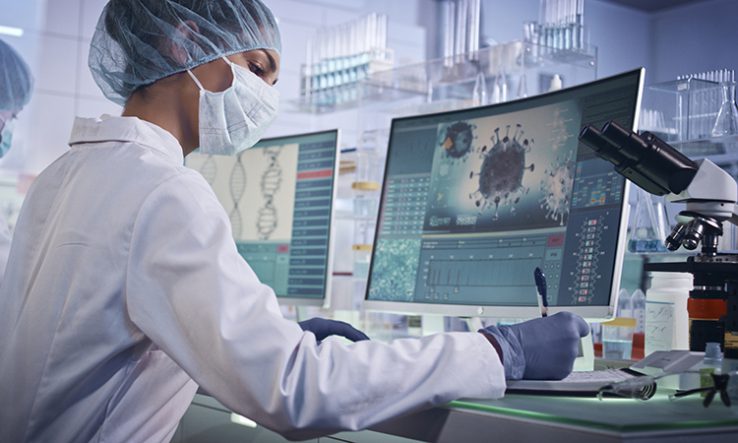 Inhalable and needle-free vaccines are being developed—but why is it taking so long?

Two major technologies to help fight Covid were announced this weekend: a UK trial of an antiviral pill that could be taken at home, and three-in-one tests for Covid-flu-cold to be rolled out in the UK soon.

Similar improvements to testing and vaccination drives—such as saliva spit tests instead of unwieldy nose-throat swabs and universal vaccine against all variants, delivered in a pill or nasal spray—have been discussed for months. So where are they now?

“All pharma developments take time, because in the end it’s very important that the treatments are safe and effective,” Johan Wäborg, CEO of Swedish-based Iconovo, told Research Professional News.

Iconovo and immunotherapy company ISR are developing the dry-powder formulation of a Covid vaccine for use in a single-use inhaler. It’s one of several such projects looking to deliver vaccines without needles, either through nasal sprays, skin patches, or even pills and tablets.

“These, of course, have the benefit of no needles,” Michael Head, senior research fellow in global health at the University of Southampton, told Research Fortnight.

“The UK childhood influenza vaccine programme used this approach. There is ongoing research around whether the Oxford AstraZeneca vaccine can be administered nasally.”

Others are working on vaccines that would not rely on targeting the Spike protein, which is prone to mutation, and would therefore work as a sort of universal vaccine against any Covid variant.

Head notes that there are “dozens of other vaccine candidates” against Covid-19 still being developed. “More vaccines will come on board over the coming months and years, along with perhaps more subtle refinements of existing approved vaccines.”

Some researchers, such as virologist Muhammad Munir’s team at Lancaster University, are looking for funding to take their promising results on vaccines delivered as a nasal spray to trials.

Others, such as Abingdon-based Emergex, which is developing a skin patch vaccine with micro-needles, have noted that with the immediate pandemic emergency now over, vaccine development has returned to the “usual timeframe”, with the company not expecting its skin patch vaccine to be available before 2025.

Beyond vaccines, some researchers are looking to simplify Covid tests. For example, a team at the University of Strathclyde is developing a saliva-based test, carried out by spitting on a test strip, that would cost around 20p per test.

Despite slower deployment, Wäborg sees great potential in such innovations, because they are “much more convenient and cost-effective than injections”.

He foresees a “huge growing market across the globe” for his inhaled vaccines, for example. Apart from demand in rural areas of low-income countries, where cold-transport and cold-storage are difficult and easy-to-deliver vaccines would be a plus, he also thinks there will be a large market in higher-income countries.

“Many people would prefer to inhale a drug [than] get an injection,” he said. “I have received many emails from people who are afraid of the needle jab, who are longing for a solution like this.”

So, Wäborg said, “I am certain inhaled vaccines will arrive. It’s just so much more logical to use a technology that can be applied all over the globe in a way that minimises the issues around cold storage and transportation. Like with all change, this will probably happen slow at first and then accelerate.”

Wäborg said it was faster to deploy injectable vaccines because the technology was already developed and could be adapted to Covid. He added: “Iconovo and ISR are developing a completely new inhaled platform for immune response.”