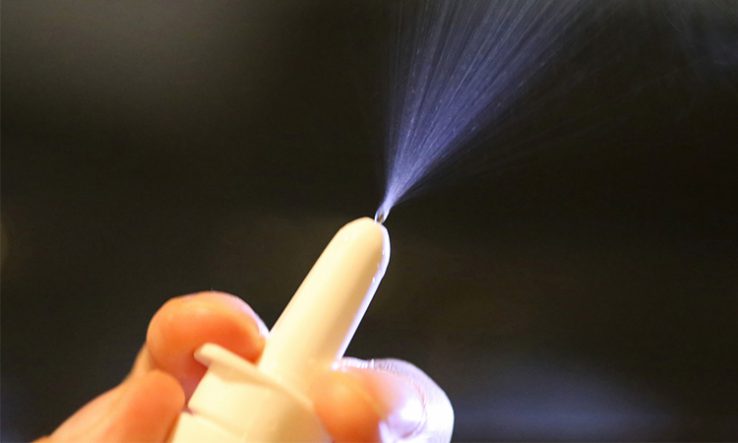 Researchers from Queen Mary University of London are developing and trialling a novel nasal spray that could help prevent infection with coronavirus.

The team says its initial trial in India in April-July this year, which involved nearly 700 health workers, reduced Sars-CoV-2 infection by 63 per cent in the group given the spray compared with the placebo group.

Researchers Rakesh Uppal and Áine McKnight are working with biotech company pHOXBIO, a subdivision of Raphael Labs based in London and Dublin, and are planning to start UK trials next.

“They are involved in the next steps, which is UK clinical trials,” the university’s spokesperson told Research Professional News, “although no date is fixed just yet.”

Uppal, a professor of cardiovascular surgery at the university and director of Barts Life Sciences, called the findings a “significant breakthrough” and the nasal spray an “effective tool, previously missing, to fight this pandemic”.

He added that the spray, named pHOXWELL, “is designed to offer extra protection to vaccines and PPE, as the spray inhibits Sars-CoV-2 from infecting the nasal mucosa, which is the primary entry point into the body”.

The hope is that the spray could help offer some protection in areas where vaccines and personal protective equipment are still scarce.

Queen Mary University said the spray “exemplifies how the development of new therapeutics will transform health and wellbeing, inequalities and patient care worldwide”, which is what Barts Life Sciences—a partnership between Barts Health NHS Trust and Queen Mary, supported by Barts Charity—was set up to do.

Meanwhile, Lancaster University scientists have developed a Covid-19 vaccine that can be administered nasally, as researchers increasingly focus on avoiding needles and other costly barriers to widespread distribution of vaccines.