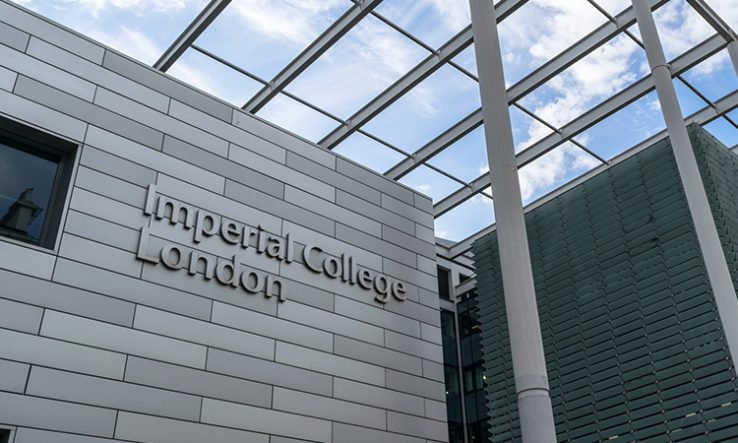 The vaccine platform is based on a kind of genetic material called self-amplifying RNA (saRNA). It was one of two platforms backed early in the pandemic by the UK government, alongside the Oxford University adenovirus vaccine platform.

In the spring of 2020, the government announced £41 million to back the saRNA platform—£22.5 million from the health department, plus £18.5m from the business department—although Research Professional News understands Imperial did not receive such sums as other vaccines came to market sooner.

The government provided scant information on how it made the initial decisions as to which vaccine teams to back before its Vaccines Taskforce was set up, and has not replied to questions about how much of the pledged £41m Imperial actually received.

Since then, Shattock’s team pivoted away from the race on getting the first-generation Covid vaccines out, instead focusing on what they call a “next-generation” platform for delivering vaccines and therapeutics for a range of diseases.

VaxEquity’s modified saRNA platform uses similar technology to mRNA vaccines, such as Pfizer’s or Moderna’s, but with the added ability to self-amplify by expressing proteins for longer, meaning smaller doses are needed. The company is already eyeing up to 26 drug targets.

“With our self-amplifying RNA platform, we aim to underpin the next generation of RNA-delivered medicines, enabling not only vaccines but also [a] broad range of therapeutic applications,” said Michael Watson, executive chairman of VaxEquity.

It has now received an upfront equity investment from AstraZeneca and global life sciences investor Morningside Ventures. The AstraZeneca tie-in could net it a further $195 million in milestone payments, as well as royalties on any drugs approved.

“The strategic, long-term research collaboration with AstraZeneca aims to optimise and validate VaxEquity’s saRNA platform and apply it to advance novel therapeutic programmes,” the company said on 23 September. “AstraZeneca will support VaxEquity with research and development funding, and has the option to collaborate with VaxEquity on up to 26 drug targets.”

Shattock, co-founder of VaxEquity and head of immunology of infection within the Department of Infectious Diseases at Imperial, said the technology has “great potential”.

He added: “We have all seen how technologies based around RNA have been fundamental to preventing ongoing severe disease and death in major global pandemics.”

Mene Pangalos, executive vice-president of biopharmaceuticals R&D at AstraZeneca, said: “This collaboration with VaxEquity adds a promising new platform to our drug discovery toolbox. We believe self-amplifying RNA, once optimised, will allow us to target novel pathways not amenable to traditional drug discovery across our therapy areas of interest.”

Alice Gast, Imperial’s president, said she was “deeply proud” of the work in “pioneering self-amplifying RNA technology. This collaboration will help realise our ambition of building a lasting legacy from the great scientific advances Imperial made in this pandemic.”