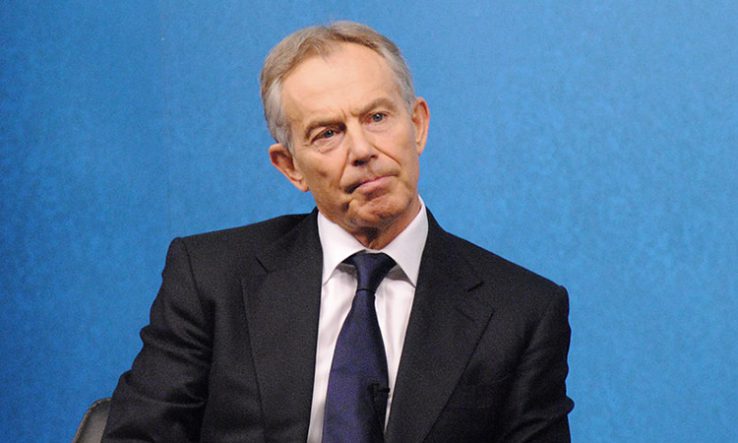 Former UK prime minister Tony Blair has said there is a “real opportunity” for the UK to take a global lead on pandemic preparedness and Covid-19 innovations.

“There’s been an enormous amount of innovation during the course of this pandemic, but I think we would have done a lot better had we been able to coordinate globally this innovation,” Blair, now the executive chairman of the Tony Blair Institute for Global Change, told the UK Bioscience Forum on 14 October.

He added that, with the UK’s upcoming presidency of the G7 group of powerful nations, there was a “real opportunity for us, especially with a strong biotech sector, to take a lead on making sure we put in place preparations for the future so that, should these types of pandemics happen again—which they may well—then we are better prepared both nationally and globally”.

Blair suggested “right at the very beginning” of the pandemic that the UK should have teamed up with three or four countries to launch a $20 billion fund for innovation to “back all the innovations happening” around Covid-19.

Blair, who led the country through the foot-and-mouth outbreak in 2001, said there was also a need for a “special address” for industry to pitch its innovations to government during the pandemic.

“One of the things I thought was really important at the outset was that the government opened up a special line of communication with the biotech sector and innovation around Covid,” he said.

His comments came after Steve Bates, chief executive of the Bioindustry association, a trade body representing more than 300 companies, praised the “breath-taking manner” in which the UK biotech and life sciences industry had stepped up to confront the virus.

“The UK is at the forefront of this global pursuit, innovating and building upon our inherent strengths as the third largest biotech cluster in the world, creating stronger networks and collaborations than we have ever seen before,” he told delegates at the virtual conference.

“That collective spirit and being able to draw upon a world-leading science base, is what has made the UK biotech sector so invaluable to the government during this period.”

Elsewhere in his speech, Blair was critical of the UK’s handling of the pandemic, which he described as “the only issue” rather than just one of the issues for government to focus on, suggesting a change in government structure was needed.

“What I suggested right at the beginning—[and] I still think it would be wise to do even now if it would be a benefit—is you’ve got to repurpose government so it focuses on Covid in its different aspects and you don’t leave the existing departmental structures of government in place.

“You need the very best people: best political people, best experts, best people who have got practical experience of the types of things that Covid requires. Because one of the challenges of Covid is logistics.”

He added that the “single most important thing” was to sort out the test and trace system.

“When we originally did lock down, people thought maybe the policy was to eradicate [the virus]. The truth is we never really were able to do that. Therefore, our position along with many other countries is: ‘How do you live with this disease?’”

Crucial to this, he said, was “being able to test at scale and to use not just the traditional lab-based PCR [polymerise chain reaction] tests but other rapid on-the-spot tests”.

He proposed that facilities be set up on UK university campuses to test large numbers of students on a regular basis.

“The difficulty is you can’t do that with your traditional lab-based PCR test because it’s very expensive and over-complicated,” he explained.

“However, there are a lot of rapid tests you can use that may not catch those with a very low viral load but will catch most people and it will allow you to measure infectiousness even if it won’t allow you to be as accurate as the PCR test.”

His comments come as thousands of students are having to self-isolate following major outbreaks at campuses across the UK amid pressure to switch to online learning.

Blair also highlighted the importance of data in the fight against the virus.

“We need to be in a position—especially so when you’ve got a vaccine—when we’ve got a very clear idea of virtually every person in the country’s disease status,” he said.

“Have they had a test? Have they not had a test? What’s the test said? And when you get a vaccine you’ll have to have some form of vaccine registry to make sense of this.”

Blair also spoke of the need for better links between innovators and policymakers, and for better use of technology in the NHS.