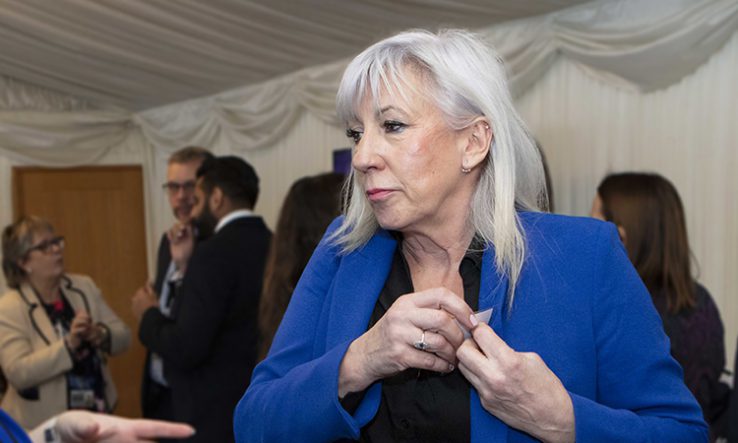 Image: The Food and Drink Federation

Science minister Amanda Solloway has said changing the culture of research is an “immense” challenge, as she revealed her own experience of sexual harassment is driving her mission to stamp out bullying and other forms of misconduct.

In a wide-ranging and personal interview, the former HR manager and mental health campaigner described making lasting changes to research culture as her “greatest passion” in the role she took up a year ago.

Solloway’s rhetoric on the issue has been strong ever since she was appointed. In September 2020, she said institutions with widespread bullying and harassment problems should not benefit from public funding.

Asked by Research Fortnight how she planned to enforce this, Solloway said it was important that her department’s upcoming People and Culture Strategy was “strong and robust”.

“There are many things we can do on this. First of all, in terms of talking about bullying, it is not acceptable ever to make anybody feel as though they should not be in the workplace,” she said.

Solloway went on to describe her own experience of bullying and sexual harassment in a previous job, saying it left her “distraught”.

“I carried my notice in my pocket for six months [because] I couldn’t find another job at the time…I had two young daughters and couldn’t risk just walking away,” she said.

“It was the most dreadful time I’ve ever had. And one of the things I swore at that time—which is why I’ve always made sure we look around behaviour, look around culture—is I didn’t want that to happen to anybody [else].

“The reason I know for a fact that I was bullied was when I left, I had an exit interview and they said it was clearly a case of sexual harassment and bullying.

“That’s just not right, and that’s one of the [reasons] why I’m so committed to making sure that we get this People and Culture Strategy right. Also that we look at diversity and we give those opportunities to everybody.”

She acknowledged the strategy won’t be “a silver bullet” on its own. “We’ll need everybody to buy in. And one of the things I would love to do is to get out and talk to people about this, to look people in the eye and say, ‘This is not fair. This is not acceptable.’”

Tiffany Page, co-director of The 1752 Group, which works to end sexual misconduct in higher education, said: “While we welcome this being spoken about, it must be matched by action that effectively responds to and prevents sexual misconduct.

“We need leaders to understand what this form of violence does to those who experience it. The sector so far has shown a profound lack of understanding of the impact and causes of sexual misconduct, and a commitment to address it at cultural and structural levels.”

Solloway makes clear she understands this all too well.

“Even now, thinking back, I can remember what it was like and having tears in the back of my eyes, thinking, ‘This is unfair’, and I do not want that to happen to anybody,” she said.