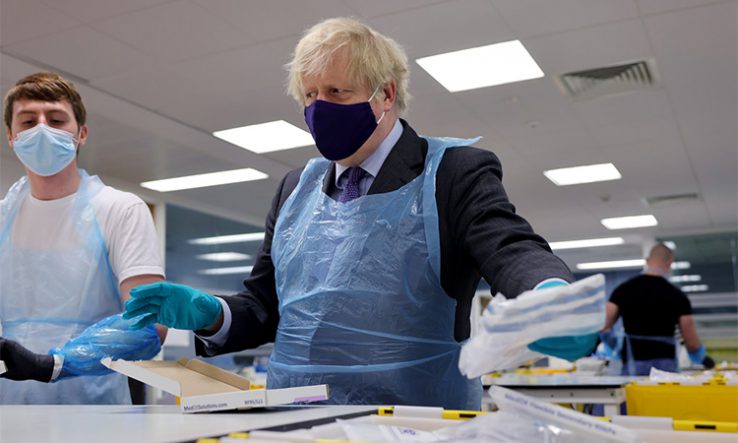 An international partnership aimed at better preparing for future pandemics has been launched by the UK government.

Chaired by the UK’s chief scientific adviser, Patrick Vallance, the Pandemic Preparedness Partnership will report to world leaders at the June summit of the G7 nations, which also include Canada, France, Germany, Italy, Japan and the United States.

“Covid-19 has shown us that it’s possible to develop and deploy high-quality vaccines much faster than previously imagined,” said Vallance. “We have brought together the Pandemic Preparedness Partnership to see whether this can be accelerated even further and applied to the development of medicines and diagnostic tests.”

The government said the partnership would advise on prime minister Boris Johnson’s ambition, announced in February, to slash the time taken to develop and roll out vaccines against emerging diseases to just 100 days.

In March, the Coalition for Epidemic Preparedness Innovations, which has played a key role in the development of successful Covid-19 vaccines, also announced its ‘moonshot’ goal to reduce the timeline of vaccine development for emerging diseases to 100 days.

Cepi chief executive Richard Hatchett is a member of the Pandemic Preparedness Partnership, and the UK government has provided the organisation with a further £16 million.

The 20-strong partnership includes representatives from the World Health Organization and leading figures in the Covax initiative to provide equitable access to Covid-19 vaccines, as well as senior UK research leaders and directors of multinational pharmaceutical companies. Its first meeting took place on 20 and 21 April at a closed-door event.

Health secretary Matt Hancock said that “as G7 president, the UK is determined to work with our partners to build back better from coronavirus and strengthen global preparedness for future pandemics”.

The partnership steering group members are: