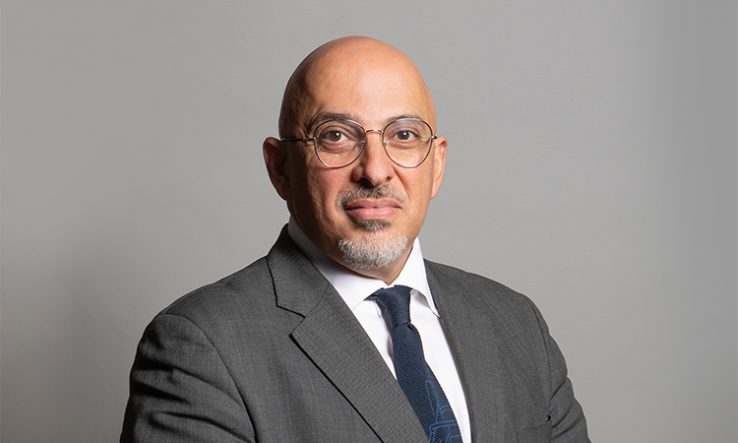 Nadhim Zahawi has been appointed education minister, after a government reshuffle brought an end to the troubled tenure of Gavin Williamson.

Zahawi has been minister for the Covid-19 vaccine rollout since November last year, and was in charge of the life sciences sector at the business department. Between 2018 and 2019 he was children and families minister at the Department for Education.

Boris Johnson started the reshuffle around lunchtime on 15 September, with education secretary Gavin Williamson the first of a number of high-profile departures and demotions.

Zahawi will inherit a number of issues, including the free speech bill aimed at universities; fallout from the pandemic, including A-level grade inflation; problems with university recruitment; and plans to overhaul education in the wake of Philip Augar’s review of post-18 higher education and funding.

The positions of more junior ministers—such as universities minister Michelle Donelan and science minster Amanda Solloway—are also thought to be under review, although the reshuffle may take several days to conclude.

Williamson, who was appointed in July 2019, said “it has been a privilege to serve as education secretary” for the past two years.

“Despite the challenges of the global pandemic, I’m particularly proud of the transformational reforms I’ve led in post-16 education: in further education colleges, our skills agenda, apprenticeships and more,” he said. “This programme will create better life opportunities for pupils and students for many years to come. I look forward to continuing to support the prime minster and the government.”

During his time as education secretary, Williamson faced criticism for his handling of the coronavirus pandemic—particularly its impact on schools. In 2020, after initially insisting that an algorithm be applied to ensure teacher-assessed A-level grades were accurate, he was forced to make a U-turn after the algorithm appeared to penalise disadvantaged students.

His tenure has also overseen the heavily criticised introduction of the higher education free speech bill. Elsewhere, Williamson has been a regular critic of higher education institutions on issues such as unconditional offers, grade inflation and perceived “pockets of low quality” in the sector.

He leaves the Department for Education before the government publishes its long-awaited official response to Augar’s review, which is expected on 27 October.