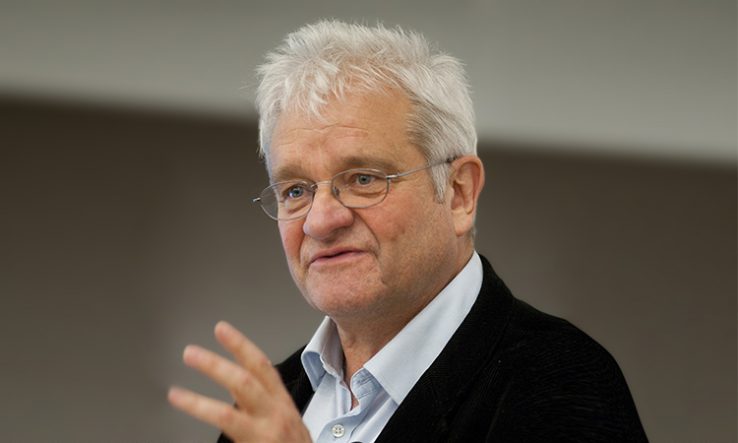 Image: University of Exeter [CC BY 2.0], via Wikimedia Commons

The director of the Francis Crick Institute, Paul Nurse, has said it is “imperative” that the UK retains access to the European Union’s €95.5 billion R&D programme, Horizon Europe, after four scientists from the institution were selected for funding.

A total of 46 scientists based in the UK were awarded the European Research Council’s Starting Grants, which provide up to €2.5 million for up to five years to young researchers with two-to-seven years of post-PhD experience.

However, ongoing political disputes between the UK and the European Union threaten to lock the UK out of Horizon Europe, which would make the awardees ineligible for funding.

In this scenario, the UK government has said it will provide the funding for these winners as part of a backstop it is providing for the first wave of Horizon Europe calls.

Nurse described the European grants as “incredibly valuable to the UK research sector”.

“It not only provides financial backing to explore important, unanswered questions about health and disease, but also positions the UK as an attractive country for world-class researchers choosing where to work,” he said.

However, he added: “It is not completely certain whether researchers in the UK will retain access to this route of funding, as negotiations with the EU continue.

“Yet to maintain the UK’s position on the global science stage, this is imperative.”

Awardees at the Crick include Adam Sateriale, head of the Cryptosporidiosis Laboratory, who will use the grant to study the cryptosporidiosis parasite, a major global cause of diarrhoea.

Meanwhile, Louise Walport, head of the Protein-Protein Interaction Laboratory, will use her grant to develop a new platform to identify peptide-based chemical probes—which can be used to control the activity of proteins.

A third grant was awarded to Leanne Li, head of the Cancer-Neuroscience Laboratory, to study the involvement of the nervous system in cancer progression.

David Balchin, head of the Protein Biogenesis Laboratory, was also awarded a grant to study how proteins fold into 3D structures to carry out their function.

A spokesperson for the Department for Business, Energy and Industrial Strategy told Research Professional News: “The UK stands ready to formalise our association to EU programmes at the earliest opportunity, but disappointingly there have been persistent delays from the EU.

“Delays by the EU have led to uncertainty for researchers, businesses and innovators based in the UK. To provide reassurance, the UK government has guaranteed funding for the first wave of eligible, successful applicants to Horizon Europe, who have been unable to sign grant agreements with the EU.

“We have always been clear that our priority is to support the UK’s research and development sector and we will continue to do this in all future scenarios. As announced in the 2021 spending review, in the event that the UK is unable to associate to Horizon Europe, the funding allocated to Horizon association will go to UK government R&D programmes, including those to support international partnerships.”

UPDATED 11/1—This story has been updated with a response from government.