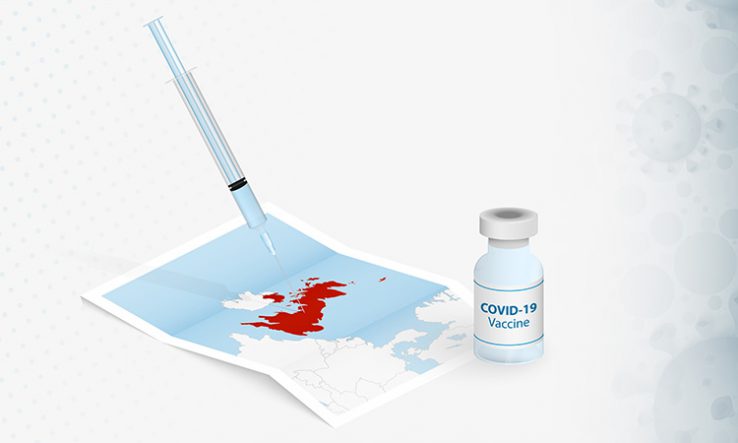 During the pandemic, the UK’s research strengths were indisputable—notably with the development of the Oxford-AstraZeneca Covid-19 vaccine. But our ability to manufacture the jabs on home soil was sorely lacking.

In March 2020, just as the pandemic was gathering pace in the UK, Research Professional News reported that the UK lacked the capacity to make its own vaccine. And although its vaccination programme was successful over the following two years—at a cost of billions of pounds—most of the vaccines had to be imported.

So, around two years since the pandemic started, has our capacity to make vaccines on UK soil improved?

“No,” was the emphatic answer that Ian Jones, a professor of virology at the University of Reading, gave to Research Professional News in November. “Will we be in a better place nationally post-Covid? Doubtful.”

Jones was speaking following two fresh setbacks to the UK’s manufacturing capability, which had until then looked promising.

One involved the Vaccine Manufacturing and Innovation Centre in Oxfordshire, which was slated to become a kind of national institute that could churn out large volumes of vaccines whenever an epidemic struck.

VMIC had been set up as a university-industry partnership, receiving some £200 million in government funding to help get it up and running during the crisis. Yet the government later decided to sell it off, reportedly to recoup its investment.

“The government’s decision on vital vaccine infrastructure is baffling and should be reversed,” said Rebecca Glover, an assistant professor of health services research at the London School of Hygiene and Tropical Medicine, in a piece signed by several other experts in the British Medical Journal last month.

“The loss of the VMIC at this time is arguably akin to defunding fire brigades after extinguishing a major blaze.”

A VMIC spokesperson confirmed that the centre “is for sale and is now in the process of entering into a period of exclusivity with a preferred party, following a broader sales process. We remain committed towards a deal that brings continued vaccine manufacturing capability to the UK.”

Glover and her colleagues have also criticised the government’s U-turn on a 100 million-dose vaccine contract with the French-Austrian company Valneva that caused production to move from Scotland to Germany.

Combined with the VMIC sale, they say this move “signals a lack of government commitment that will deter investors who may wish to build British biomedical capacity”.

Valneva had expected to expand its vaccine manufacturing facilities in Livingston, Scotland, and create new skilled jobs there before the controversial U-turn by the UK government in September last year.

Scotland’s national economic development agency, Scottish Enterprise, has since stepped in and provided £20 million for the facility, ensuring its future until 2029.

Despite heavy criticism of its approach, the UK government has defended its actions.

A government spokesperson said: “The government has invested over £380m to secure and scale up the UK’s manufacturing capabilities to enable our response to both Covid-19 and any future pandemics.”

This sum includes £26.18m to the Centre of Process Innovation to develop GMP-ready mRNA manufacturing capability, and £127m for the Cell and Gene Therapy Catapult to fund a Manufacturing Innovation Centre in Braintree, Essex.

The government also maintains that the majority of Oxford-AstraZeneca doses administered in the UK were made in the UK, due to key government investments such as the creation of the rapid deployment facility at Oxford Biomedica’s commercial manufacturing centre and fill-finish reservation at Wockhardt.

On VMIC, the government spokesperson said: “VMIC Limited is, and always has been, a private company and therefore cannot be sold by the government.”

Glover and her colleagues feel such comments mean that, “worryingly… the UK government is distancing itself from the centre and its sale, with little explanation or transparency”.

Echoing the views of many others in the sector, they claim it “would be foolhardy to proceed” with the sale of “what could well become a cornerstone of British pandemic preparedness and bioindustrial infrastructure”.

Meanwhile, the prime minister’s controversial former aide, Dominic Cummings, added fresh fuel to the fire in a controversial blog post on 28 March, in which he claimed the vaccine programme could have been delivered more quickly.

“In February 2020, meetings of key ministers and officials were largely determined by crucial assumptions,” he said. For example, that “a vaccine is practically near-100 per cent impossible quickly enough to have any significant effect”.

Such assumptions, he continued, “were so deep and widespread that at the start they were not seriously discussed, never mind rigorously questioned. Therefore, other crucial issues were also not properly discussed at the start.”

So, according to Cummings, the thinking was: “Why spend billions on a crash vaccine programme that probably won’t get anywhere for years—anyway, look at HIV?”

He added: “If we’d invested in a system to develop vaccines at war-speed… we can now see we could have done it (even faster than we did after the shift in policy April 2020)—we could not only have averted almost all the costs of Covid here, we could have made a fortune selling vaccines to the rest of the world. One can imagine roughly the order of a 1000X return on a billion dollars.”

Commenting on the legacy of the UK’s eventual success in vaccinating the population, he said: “Notice that we have practically dismantled the vaccine taskforce, not invested in novel vaccine ideas, and the government is actively trying not to learn the expensive lessons just forced upon us by fate. And you will see no debate in parliament about this. Our MPs, collectively, are largely happy to try to forget, even as new and bigger dangers approach.”

Many of these issues—and more—are due to be explored in the upcoming independent inquiry on the pandemic. For now, the critical question is whether enough lessons have been learned to lead us safely through any future waves of Covid-19.

Read our full feature on lessons learnt from the pandemic in tomorrow’s issue of Research Fortnight.