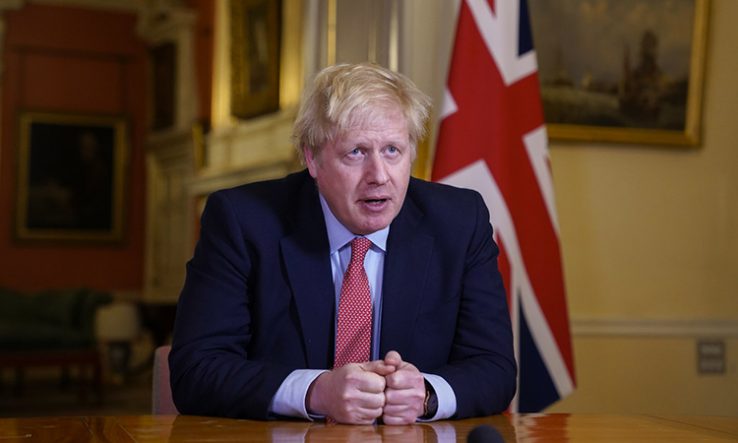 Two years from the first UK lockdown, are we more prepared for a future pandemic?

It has been two years since prime minister Boris Johnson (picrtured) instructed a stunned British public: “You must stay at home.” Just a few weeks earlier, the notion of Johnson calling a nationwide lockdown seemed unlikely—as late as 3 March 2020, he had boasted of shaking hands with everybody on a hospital ward that housed coronavirus patients. But by 23 March, Covid-19 had become the “biggest threat this country has faced for decades”, and the UK’s death toll from the virus was quickly becoming the largest in Europe.

That sudden scramble—from a laidback attitude about spreading germs to the strictest instructions given by a British government in peacetime—would later be described by an influential group of MPs as “one of the most important public health failures the UK has ever experienced”.

For researchers, it was one of a string of frustrations and failures that hobbled the UK’s ability to fight Covid-19.

The UK Vaccine Network had decided, just months before the pandemic, that a Sars-like coronavirus was not a likely threat, and it had dropped this from its list of pathogens to prepare for. And as soon as the need for mass vaccination emerged, so did the realisation that the UK could not produce vaccines at scale.

A need for quick answers on Covid-19 highlighted the burdensome process of applying for grants, and the longstanding problem of translating research into technology meant the nation struggled to scale up production and deployment for tests.

Policymakers and public bodies poured their efforts into strengthening the UK’s weak points, and the country went on to run one of the world’s most successful vaccination programmes, with researchers receiving huge praise as a result. But there has also been much soul-searching over what went wrong with the initial response.

As the health and science committees put it in their October 2021 report on the country’s response to Covid-19: “Painful though it is, the UK must learn what lessons it can of why this happened if we are to ensure it is not repeated.”

Two years on from that first lockdown, have those lessons been learned?

Less than two weeks before the country went into lockdown, Research Fortnight reported that a lack of investment had left the UK with no national institutes dedicated to making vaccines.

The Vaccine Manufacturing and Innovation Centre (VMIC) in Oxfordshire should have helped address this. This new national institute, established with more than £200 million in government funding, will be able to churn out large volumes of vaccines and is due to become operational this year. Now there are new worries, though: it is being sold off by the government.

A spokesperson for the centre said that although the centre was for sale, it was “committed to a deal that brings continued vaccine manufacturing capability to the UK”.

Scientists are unimpressed. In an article published in the BMJ in February, London School of Hygiene and Tropical Medicine assistant professor Rebecca Glover and other experts argued that the decision to sell the VMIC was “baffling” and “should be reversed”. They wrote: “The loss of the VMIC at this time is arguably akin to defunding fire brigades after extinguishing a major blaze.”

The authors also criticised the government for U-turning in September 2021 on a contract for around 100 million vaccine doses from the French-Austrian company Valneva. Valneva was expected to expand its vaccine manufacturing facilities in Livingston, Scotland, but this now depends on the Scottish government stepping in to save the plans and jobs there.

The UK government has defended its actions, with a spokesperson saying it had invested more than £380m “to secure and scale up the UK’s manufacturing capabilities to enable our response to both Covid-19 and any future pandemics”.

When the House of Commons Public Accounts Committee describes the costs for a project as “unimaginable”, it is a pretty good sign that something has gone wrong.

A damning report from the committee in March 2021 described the UK’s Test and Trace system as “muddled” and its aims “overstated”, despite it eating up an “eye-watering” £37 billion budget over two years—equal to nearly 20 per cent of the entire 2020-21 NHS England budget.

The Test and Trace service, which tracks the spread of Covid-19 in England, came in for more criticism six months later. Despite the UK being one of the first countries to develop a diagnostic test for Covid-19, the Commons Health and Social Care and Science and Technology Committees found that not establishing a test and trace system until May 2020 had deprived scientists and policymakers of “crucial granular data” and likely contributed to many thousands of avoidable deaths.

In their report, MPs said there was “huge pressure” to get results quickly because of the late start, meaning the government initially followed a centralised model and rebuffed assistance from laboratories outside Public Health England, including help from universities.

When it comes to testing, it seems lessons are still being learned. The government is now facing a fresh barrage of criticism over its decision to scrap free testing on 1 April, after it ended self-isolation for those testing positive for Covid-19.

Mark Woolhouse, a professor of infectious disease epidemiology at the University of Edinburgh and author of pandemic memoir The Year the World Went Mad, is one of those who disagrees with the decision. “There is a persistent public health problem caused by Covid that will be with us for the foreseeable future, so we need to have a clear plan as to how we are going to tackle waves when they arrive—particularly variants that cause serious concern,” he told Research Fortnight.

The strain of the pandemic exposed weaknesses in the UK’s research funding system, leading to lasting changes.

For UK Research and Innovation, the pandemic threw a longstanding problem with JeS, its grant application and management system, into sharp relief. An independent review of UKRI’s response to the pandemic published in January detailed how JeS was deemed “unfit for purpose” after it was unable to
cope with bespoke Covid-19 funding schemes.

As a result, much of UKRI’s Covid-19 response was conducted off-system, using basic spreadsheets and emails.

The agency is phasing in a new funding platform, which a UKRI spokesperson said was being “developed and introduced in an agile and iterative way” and would “gradually replace JeS to make funding at UKRI both simpler and better”. As well as replacing JeS, the UKRI review recommended having a suite of funding schemes ready for use during crises. All of the recommendations were accepted and the UKRI spokesperson said the agency was “making progress” towards implementing them.

With the pandemic pausing projects, Covid-19 has impacted the careers of researchers—particularly those who are in the early stages. Many funders have acknowledged that this cannot be ignored.

In March this year, 23 UK research funders, including UKRI, the National Institute for Health Research and the Wellcome Trust, made a commitment to considering Covid-related disruptions to research activities when assessing grant applications.

Some funders, such as the Academy of Medical Sciences, have already incorporated Covid impact statements into their funding processes. Rosalind Smyth, chair of the academy’s Starter Grants for Clinical Lecturers panel, said: “People need support, no matter how resilient they are, and it’s our duty as funders to help more junior researchers achieve what they’re capable of.”

Despite a difficult start, the UK achieved rapid improvements in its response to the coronavirus. It built up one of the largest testing programmes globally and ploughed money into vaccines, while funders released money quicker and with less paperwork than ever before.

But as life returns to normal and memories of lockdown start to fade, some of the lessons of Covid-19 are in danger of fading with them.

Coronavirus: Lessons Learnt, the report from the Commons select committees for health and science, is one of the deepest dives to date into the UK’s response to the Covid pandemic. Here is the MPs’ verdict.

The slow start: “During the first three months of the Covid pandemic, the UK followed the wrong policy in its use of non-pharmaceutical interventions.”

Testing trouble: “Despite being one of the first countries in the world to develop a test for Covid in January 2020, the UK failed to translate that scientific leadership into operational success in establishing an effective test and trace system during the first year of the pandemic.”

Vaccine wins: “A significant part of the success of the Oxford-AstraZeneca vaccine was due to the government’s early investment in research and development.”

Path from the pandemic

The Path from the Pandemic initiative from Research Professional News is focusing on critical areas where momentum is building for long-term change in the wake of the pandemic. Have your say: #PathFromThePandemic on Twitter or email news@researchresearch.com