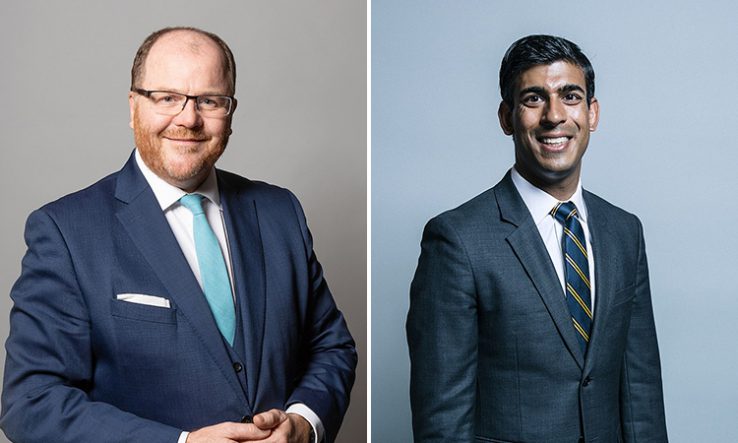 “No chancellor has done more for UK science than Sunak,” says ex-science minister

Former science minister George Freeman has announced his support for Rishi Sunak as the next UK prime minister—after his preferred candidate Penny Mordaunt was knocked out of the Conservative Party leadership contest.

Freeman announced his backing for the ex-chancellor on Twitter and in The Times newspaper on 22 July, where he outlined an “agenda” of using “world-class science and research, the entrepreneurs, the investors, the growth companies…to drive UK growth, opportunity, levelling up, investment and global security and soft power”.

“It’s clear to me that Rishi Sunak is the prime minister for this agenda,” he said. “He really gets it. His family history of entrepreneurship, his career and his track record of support as chancellor shows his commitment to UK science, technology and innovation.

“That’s why I’m backing Rishi for prime minister. This is a truly once-in-a-generation moment for Britain. If we put science, technology and innovation at the heart of our new economic model, we can drive jobs, growth and productivity.”

Referring to a plan to cut taxes by foreign secretary Liz Truss, Sunak’s leadership rival, Freeman warned that “if we reach instead for the magic money tree of unfunded tax cuts then we risk a spiral of volatility, decline and capital flight”.

Speaking to Research Professional News, Freeman added: “I’ve said I’ll back whoever as prime minister will best put science, technology and innovation at the heart of our economic plan by: investing in world class science, applying UK science and technology for the global good, expanding global visas and fellowships, and backing regional R&D clusters.

“No chancellor has done more for UK science than Rishi Sunak, who made the huge commitment last year to an extra £30 billion for UK research (total £90bn) over the next five years.

Sunak has pledged to continue the current government’s agenda of cutting back on EU regulation to unleash innovation.

In the ITV debate on 17 July, he stressed that innovation and science would help the UK reach its net zero targets in a way that was good for the economy.

His plan for growth would involve “investment, innovation and education”: investment in business; innovation to lead the world in the “industries of the future, like life sciences”; and education “because our children’s education today is our economy tomorrow”.

Freeman, who stepped down as science minister earlier this month in protest against prime minister Boris Johnson, had previously voiced support for trade minister Mordaunt, telling Research Professional News that she had shown “huge support for the role of UK science in both our economy and as a source of international soft power”.

On 20 July, Mordaunt was eliminated from the race after she received 105 votes. Sunak topped the poll with 137 votes, while Truss won 113 votes.

The final winner will be decided by members of the party this summer and announced in September.