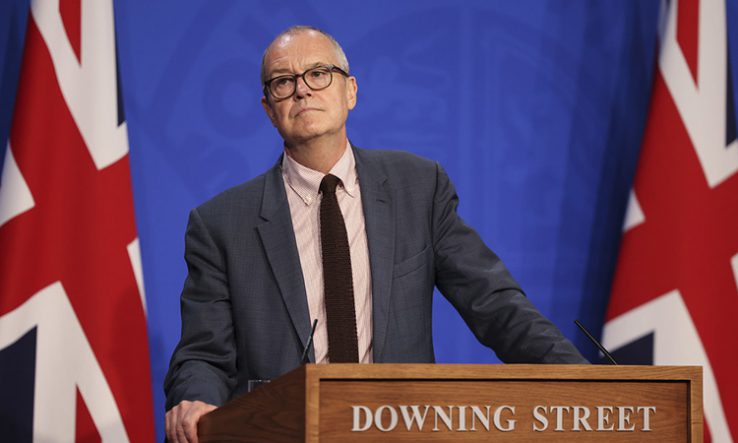 The UK government is looking for a new chief scientific adviser as Patrick Vallance approaches the end of his five-year term.

Vallance, who became a household name during the Covid-19 pandemic, when he appeared in numerous government press conferences flanked by prime minister Boris Johnson and chief medical officer Chris Whitty, is due to step down in April 2023.

He described his five-year term as “both challenging and immensely rewarding”, and he said that he would remain “fully committed” to his role until his successor is in place.

“Science and engineering remain vital for the future prosperity of the UK, and high-quality evidence and science advice should be at the heart of all government decision-making,” he said.

Vallance, a former president of R&D at the pharmaceutical giant GlaxoSmithKline, received widespread praise for his work during the pandemic, earning him the title of Knight Commander of the Order of the Bath earlier this year.

Together with Whitty, Vallance chaired the government’s Scientific Advisory Group for Emergencies, which provided the government with scientific and technical advice to support its decision-making on Covid-19.

In the early days of the pandemic, the committee faced strong criticism over its failure to disclose its membership, minutes and papers. Most of this information is now publicly available, with Vallance credited for increasing the transparency of the committee.

Johnson said it was “impossible to fully convey the impact” Vallance had achieved as chief scientific adviser.

“Sir Patrick may not have bargained for becoming a household name when he signed up for the job, but I am immensely grateful for his advice and expertise throughout the pandemic and beyond,” Johnson said.

“He has played an instrumental role in expanding and accelerating the science super-prowess of this country.”

They also oversee the Office for Science and Technology Strategy in the Cabinet Office as national technology adviser.