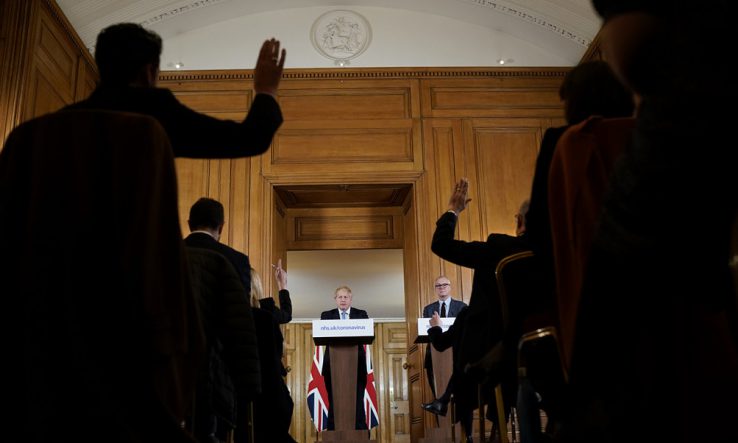 Scientific Advisory Group for Emergencies has not been activated since Covid, despite ongoing health fears

The UK government’s Scientific Advisory Group for Emergencies has not met since February, when it was stood down after two years of work on Covid-19.

There were no Sage meetings during the summer, which saw a new wave of the Omicron variant of Covid-19, a monkeypox outbreak, a heatwave, as well as radiation fears following damage to nuclear power plants in Ukraine.

Meanwhile, the self-appointed group of scientists knowns as Independent Sage has been meeting throughout this period, with the next meeting scheduled for 16 September.

Sheena Cruickshank, an immunologist at the University of Manchester and a member of the rival advisory group told Research Professional News: “I do think Sage should meet more regularly, and there should be a defined group and role as we need advice to ensure good decision-making.”

Stephen Griffin, an associate professor of viral oncology at the University of Leeds, said it was a “mistake” not to recall Sage.

Griffin said: “I think it is surprising, and I do not agree at all with the idea that Sage should have been stood down because there is just so much more to do but it is not being done.

“There has been no action on making schools, universities and workplaces safe during the summer wave of Covid. Nothing really has been done to sort out the situation in the NHS and monkeypox is a growing problem.

“It is difficult to understand [why Sage has been stood down] and I don’t know what the decision-making process is. But, if I was in government, I would want all the advice I could get with some of these circumstances.”

The Government Office for Science confirmed that Sage was not currently activated on any other emergencies but declined to comment.

There were media reports of Boris Johnson missing two COBR meetings on the heatwave this summer, after he announced his resignation.

Speaking to MPs in March, the government’s chief scientific adviser, Patrick Vallance, said Sage would meet again if requested by the COBR committee, or if he and chief medical officer Chris Whitty wanted to take a precautionary look at emerging data.

In that case, he added, “we would stand it back up again—not necessarily with the same people. It may be a different group of people that we pull together depending on what the situation is”.

Research Professional News understands that in the event of a new activation, Sage would be expected to publish papers and minutes, as it did with Covid, with a short delay after the meetings. The exception would be emergencies that have national security consideration, such as the 2018 Novichok attacks.

The regularity of Sage meetings is determined by the chief scientific adviser in consultation with academic and scientific colleagues as well as policymakers.

Sage meets as needed when there are significant new scientific questions. The last recorded meeting was on 10 February and was attended by 30 scientists and 39 observers and officials.

Meanwhile, there are concerns over the delays to the publication of annual reports from another related science advisory body, the UK Vaccine Network, which brings together industry, academia and funders to make investments in vaccines.

“I would think that given the need for vigilance with current and emerging threats there is need for timely review and reporting to inform governmental decision-making,” said Cruickshank of the delays.

“There is also a real concern that we are reducing surveillance mechanisms for emerging and current threats, which could impact responses, leaving us flying blind. This information is also vital to inform bodies such as this so they can consider actions and prioritisation.

“Covid has still not gone away, and the more areas and countries there are with incomplete vaccine coverage or capacity to manufacture vaccines means the virus can continue to thrive and mutate, putting everyone at risk, which has impacts not just for health but also economics.”

Vallance told MPs in March that the volume of Sage meetings which took place during the pandemic was “completely unprecedented”, with a total of 105 sessions taking place.

“That has taken a big toll on the academics there, who have done all of this in their spare time,” he said. “Their institutions have supported them, and we’ve done what we can to try and provide some support to them back in their institutions.”

Vallance added that if Sage is recalled to look at Covid, “we may well decide that we want slightly different members to come back—some of them will be the same and they’ll need support”.