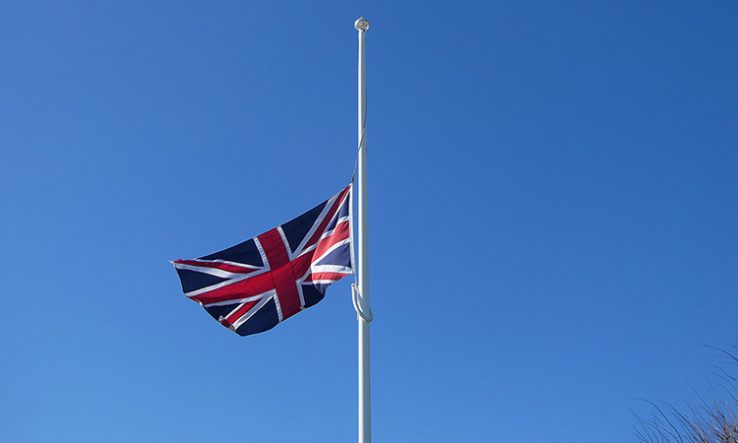 Universities across the UK are opening books of condolence, lowering flags to half-mast and offering emotional support to students and staff after the death of Queen Elizabeth II.

Buckingham Palace confirmed the Queen’s death at the age of 96 on 8 September.

Universities have announced measures to honour the Queen and to pay their tributes.

At the University of St Andrews in Scotland, which the Duke and Duchess of Cambridge attended, principal and vice-chancellor Sally Mapstone told students and staff in an email that the university “will follow a formal mourning protocol as a mark of respect”.

As seen at many universities across the UK, this will include lowering flags to half-mast and opening a book of condolence.

Although work and study activities should continue, Mapstone said extra-curricular activities “should be considered carefully, taking account of the fact that the UK is now in a formal period of mourning”.

Cardiff University was among those advertising spaces “for quiet contemplation and prayer” on its campus following the Queen’s death, and it has highlighted locations for staff and students to lay flowers around the city.

Some institutions have been remembering visits from the Queen.

The University of Oxford highlighted several occasions on which the monarch visited its campus. It also said it would open a book of condolence and hold “a service of thanksgiving and remembrance, giving an opportunity for representatives of the staff and student bodies to pay their respects to The Queen”.

Other universities have promised extra support for students and staff.

For example, Sasha Roseneil, vice-chancellor of the University of Sussex, said the university “will be making resources available to those within the University community who may want support through, or to reflect upon, this very sad moment”.

Research institutes have also been marking the death of the Queen. The Institute of Cancer Research said it had sent a letter of condolence to Princess Anne, chancellor of the University of London, while the Royal Botanical Gardens at Kew, which houses research centre Kew Science, has closed its Kew Gardens and Wakehurst sites today.

Some events have also been postponed, such as Ulster University’s open days at its Coleraine campus on 16 and 17 September, and a virtual tour of its Belfast campus on 10 September, “as a mark of respect”.