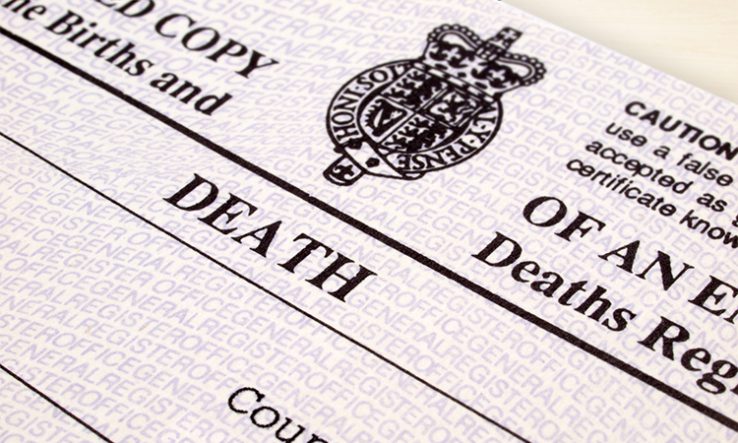 Prominent statistician urges scrutiny, but key funders do not seem to finance research on issue

A prominent statistician has called for more scrutiny over the apparent ongoing pattern of more people dying than expected in the UK.

The call comes as data from various sources suggest there were more deaths from non-Covid causes in the UK in 2021 and 2022 than would be expected.

His comment follows recent Office for National Statistics data which Spiegelhalter said showed that “deaths registered in the last week of the year were 20 per cent higher than expected”.

The latest provisional ONS data for 2022 suggests no excess deaths, once the figures have been corrected for the size and age of the population, but Spiegelhalter, a former president of the Royal Statistical Society, said that “this is in strong contrast to other sources”.

The Institute and Faculty of Actuaries, for example, said on 17 January that “2022 had the worst second half for mortality since 2010”.

“Excess mortality has been particularly high recently, with more than 7,000 excess deaths over the three weeks to 6 January 2023.”

As he called for more scrutiny, Spiegelhalter said “multiple factors will be contributing” to the excess deaths, such as “early flu, Covid, the impact of disrupted care in the pandemic, and the acute crisis in the NHS”.

A spokesperson for UK Research and Innovation said it was not aware of any funding competitions on the matter run by its councils, including the Medical Research Council.

The Department for Health said it is tracking excess mortality through the Office for Health Improvement and Disparities, which produces a tool for analysis that is updated monthly. However, it could not point to any R&D it funds to scrutinise the trends revealed by the tool and other similar data sources.

The National Institute of Health and Care Research did not respond to request for comment.

John Campbell, a retired nurse who runs a popular YouTube channel dedicated to Covid-19 and healthcare data, said in his latest update on 21 January that “tragically we’ve got used to the higher level of deaths than normal”.

He described the excess deaths as “momentous” and a “national disaster” that is being “virtually ignored”.

He added: “The government must give an explanation of this. If 7,000 people had died in a terrorist incident, it would be all over the news, it would be everywhere—rightly.

“We’ve had 7,000 excess deaths in this three-week period and not a squeak from the government that is supposed to be looking after us.”