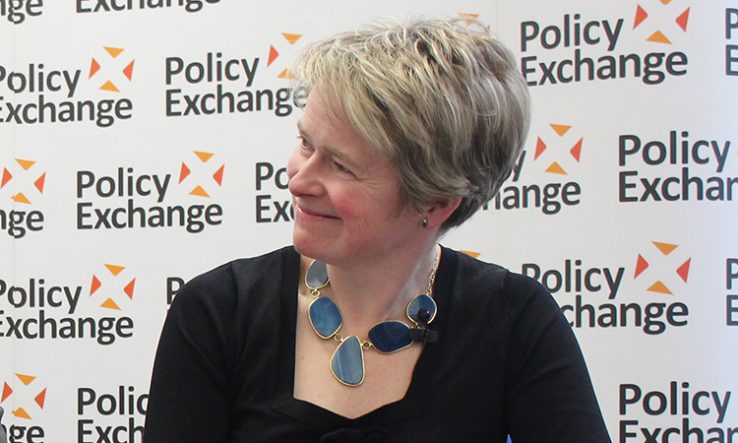 The head of the UK’s troubled testing system for Covid-19 has suggested the government’s scientific advisers should be blamed for the operation being unable to keep up with current demand.

With reports that tests are unavailable in multiple regions across the country, Dido Harding (pictured) admitted demand is currently three to four times higher than the capacity. Speaking to MPs on 17 September, she said around a quarter of a million Covid-19 tests were available every day, with a target of reaching half a million daily tests set for the end of October.

But Harding, the government’s so-called ‘testing tsar’, said the expected demand was assessed by the Scientific Advisory Group for Emergencies and not by the test-and-trace programme she leads.

“We built our capacity plans based on Sage modelling for what we should be preparing for, for the autumn,” said Harding. “We published our business plan at the end of July and we’re absolutely on track to deliver that.”

Harding suggested to the House of Commons Science and Technology Committee that the recent surge in demand for testing took the scientists on Sage and officials by surprise.

“I don’t think anybody was expecting to see the really sizeable increase in demand that we’ve seen over the course of the last few weeks—in none of the modelling was that expected,” she said.

The chair of the committee, Greg Clark, noted that this was “an important point” and that the Sage advice “turned out to be an underestimate”.

Later in the session, Lord Bethell, minister for innovation at the Department of Health and Social Care admitted that “we have made plenty of mistakes along the way”.

A DHSC spokesperson said: “We have worked hard to massively increase our testing capacity based on our own modelling, using information provided by Sage on the potential spread of the virus, with more than 236,000 tests processed yesterday alone.

“We are on track to have capacity for half a million tests every day by the end of next month,” they said. “As Baroness Harding set out yesterday, we are currently seeing a spike in demand over and above this and urge the public to only seek a test if they have the relevant symptoms.”