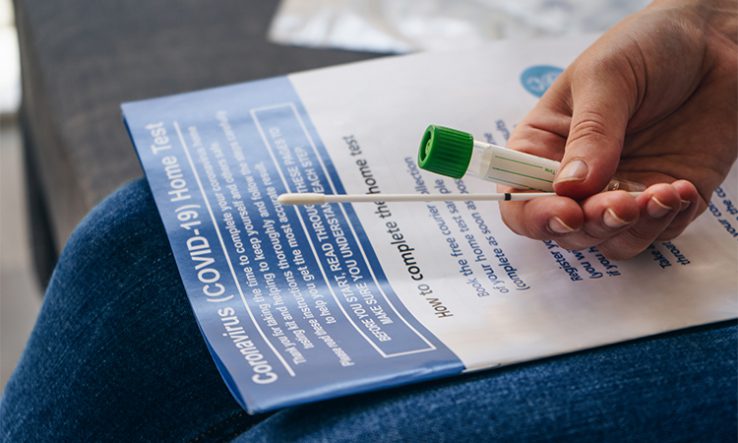 The UK would be able to provide “substantial increases” in testing capacity within 10 days in the event of a new wave of Covid-19, health secretary Sajid Javid has told MPs.

In a letter to the House of Commons Science and Technology Committee, Javid said the UK now has the testing tools that were “not available for the first pandemic waves but which are likely to be effective for future Covid-19 surges”.

To prepare for a possible resurgence of Covid-19, Javid said the government would retain a supply of lateral-flow device test kits for “critical cohorts and for early epidemiological assessment”. In addition, he said the government had contracts in place to allow it to order additional tests “relatively quickly”.

“Together, these should give us capacity to distribute LFDs to a designated cohort of up to a million people within the first 10 days of mobilised response, with further distribution in the following weeks,” he wrote. “Alongside this, we can rapidly procure additional tests and stand-up further distribution capacity if necessary.”

Meanwhile, the health secretary said the government had retained lab testing capacity of 150,000 tests per day “to ensure we can scale up our polymerase chain reaction (PCR) capacity if needed”.

He concluded that, if needed, the UK “would be able to ramp up testing quickly, with substantial increases in testing volumes within 10 days”.

“Capacity would then increase further over subsequent weeks. Public health advice will guide the appropriate prioritisation and deployment of the available testing provision,” added Javid.

The minister’s reassurances follow an evidence session on 30 March, in which the government’s chief scientific adviser, Patrick Vallance, testified that there were three key response mechanisms to consider as the country continues to live with Covid-19, including the operational capacity to ramp up Covid-19 test provision.

In March 2021, a damning report by the House of Commons Public Accounts Committee described the UK’s Test and Trace system as “muddled” and its aims “overstated”, despite it eating up an “eye-watering” £37 billion budget over two years—equal to nearly 20 per cent of the entire 2020-21 NHS England budget.