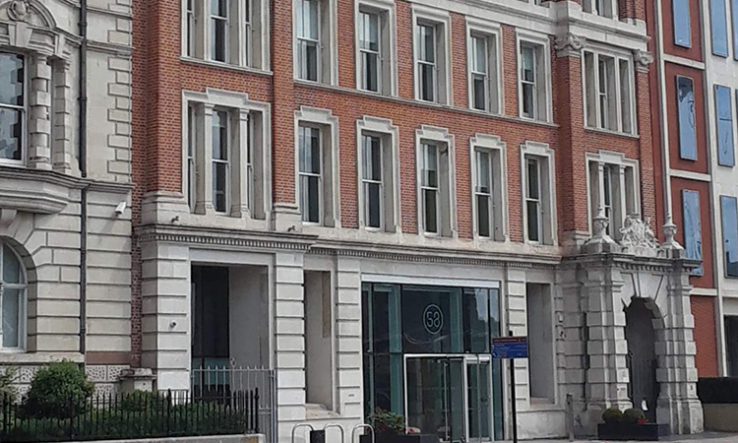 Some of the 10 Black authors of a strongly worded letter, accusing UK Research and Innovation of perpetuating inequality in research, have expressed their disappointment at the funder’s lack of a public response to their concerns.

The letter, published on 17 August last year, called for a review of the national research funder’s systems and processes after it emerged that none of the principal investigators on Covid-19 grants awarded for research into death rates among people from Black, Asian and minority ethnic backgrounds were Black.

The 10 Black women also criticised UKRI for allowing researchers who applied for the funding to then sit on the review panel for the call.

One year after its publication, some of the letter’s authors told Research Professional News they are “disheartened” that the funder had still not published a public response to the letter, which they say cost them “a great deal of time and emotional labour”.

“I consider it a deep failing by UKRI that one year on, there has not been a public response to the open letter, which directly asked for inclusion of Black voices in academia,” said Ruby Zelzer, a scientist and health researcher and one of the co-authors of the letter.

She pointed out that UKRI had published responses to other open letters over the course of 2020.

“There is action in inaction,” she added, “and it does call into question the authenticity and intent of the robust statements on the public website of UKRI where it states its commitment to equality and diversity, recognising it as vital to research.”

“It is my sincere hope that UKRI will translate its words of promise into actual actions.”

Another co-author, Addy Adelaine, an inclusion and accountability researcher and chief executive of the social justice organisation Ladders4Action, said UKRI’s lack of response “feels like more of the same disregard, invisibility, devaluation of labour and expertise that Black, Minority Ethnic and other marginalised academics and researchers are far too familiar with”.

Almost 3,000 people signed the letter, published on Research Professional News, which was widely shared in the research community and on social media.

Reflecting on the large public response to the letter, Adelaine said it reflected the wider mood in society at the time, with Black Lives Matter protests taking place internationally in the wake of killing of Breonna Taylor in March and George Floyd in May at the hands of US police officers.

“The disproportionate impact of Covid and the tragic deaths of George Floyd and Breonna Taylor had brought an awareness of how inequality cost lives and how research is vital for moving beyond good intentions to a place where we understand the complexity of racialised issues and can locate practical ways of creating change,” she said.

Although she believes the letter changed UKRI’s consideration of racial issues for the better, the funder’s lack of communication with the authors had made it “challenging to know what, if anything, is happening”.

“Change will only happen when UKRI recognises its shortcomings and opens the door to co-constructing new ways of working with experts on inclusion and those who are most affected by poor practice.”

Responding to criticisms, Melanie Welham, UKRI’s people and culture champion, said the funder had had an “ongoing and regular dialogue” with the authors of the letter over the past nine months, which had been “insightful, including in helping us understand both how to respond to the issues raised in their letter and shape our actions and approaches”.

Adelaide conceded that there had been some dialogue, but said it had not resulted in a public response or concrete action.

“I had one formal meeting [with UKRI], then a number of follow-up calls via a staff member. These were relatively frequent initially but have waned to virtually nothing after the first few months,” she said. “The important thing is that we were promised a public response to our letter and action on the key points we raised. This hasn’t happened.”

But Welham said: “It has always been, and remains, our intention to publish a response, working in partnership with the signatories and other parties. The conversations we have had with signatories and others across multiple sectors have helped us to both challenge ourselves and the sector to make change.”

Welham added that, although the funder recognised it had “a lot more to do to tackle the systemic inequalities that are holding back the full potential of the UK’s research and innovation system”, it was “committed to fostering the inclusive, transparent and accountable systems essential for delivering outstanding quality research and innovation”.

“To achieve this, we are working with people from Black, Asian and minority ethnic communities to address longstanding issues of systemic bias. We welcome input and encourage dialogue across the research and innovation community as part of our commitment to achieving the many changes necessary.”

The funder highlighted changes it had implemented over the past year, including the publication of detailed ethnicity data, developing roundtable discussions and Race Equality Summits, and introducing a standardised narrative CV format for grant applications.

The comments from the letter’s authors come amid a wider push by the UK government to improve research culture, with the publication of its R&D People and Culture Strategy last month.

While Adelaine agreed that the government had “made some movement in regard to addressing equality and poor research culture”, she said much of this “seems to be informed by good intentions rather than a critical understanding of the complex issue of inclusion and inclusive knowledge creation”.

“Their approach seems poorly informed by theory, research and expertise,” she added. “Not only on race and racialised issues but in regard to other aspects of identity such as class, gender, sexuality, faith and disability.”

Her words echo those of other experts who have criticised the strategy for lacking detail on plans to tackle bullying, harassment, racism and other forms of discrimination.

Adelaine also raised concerns about the effort on the strategy back in February, after a group tasked with shaping strategy to address the sector’s longstanding problems with diversity and inclusion met without any Black members.

The UK government moved quickly to address criticism of a lack of diversity on the panel, with the appointment of three additional people, including the first Black member that same month.

Adelaine said she had been invited in March to a roundtable hosted by science minister Amanda Solloway to inform the development of the strategy but was “saddened to see that this was an invite-only event which wasn’t accessible to the huge number of Black academics with an interest and expertise in this subject area”.

“During the meeting I noted that there were not any dark-skinned or non-British academics present and requested that in future there should be some way of more inclusively engaging marginalised academics in open sessions, but this suggestion did not seem to be well received.”

The Department for Business, Energy and Industrial Strategy where Solloway is based declined to comment.