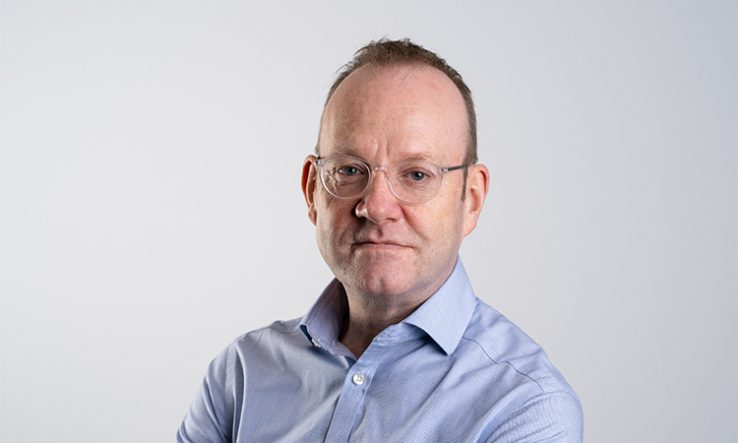 UK Research and Innovation’s director of talent and skills has confirmed plans to review the employment status of postgraduate research students.

Speaking at the higher education careers organisation Vitae’s Connections conference on 7 September, Rory Duncan (pictured) said the pandemic had revealed “all sorts of frailties and fragilities in the system all at once” but had been “particularly tough” for postgraduate researchers.

“Postgraduate research students often fall between two stools, being treated sometimes like staff—sometimes they are staff—and sometimes treated as students,” he said.

Duncan added that the funder would be “consulting on this quite soon”, as part of its ‘new deal’ for postgraduate research students, as announced in the government’s R&D People and Culture Strategy.

The plans follow a huge backlash from the postgraduate research community over the national research funder’s lack of financial support during the Covid-19 pandemic, during which many researchers were unable to conduct their research as planned.

Of particular concern to postgraduate researchers is the fact that they are not recognised as staff, meaning they were not entitled to furlough pay when they were unable to work.

Speaking to Research Professional News earlier this year, a spokesperson for the group Pandemic PGRs, which campaigns for more financial support for postgraduate research students during Covid-19, said any new deal “needs to be led by the needs and experiences of PGRs, especially those who find it most difficult to stay in the higher education sector”.

“This must include addressing a woeful lack of support for disabled PGRs, parents and carers and unfunded researchers, and improving access for Black researchers. PGRs need to be recognised, valued and protected as staff. Anything else will fall short.”

As well as employee status, Duncan said the deal would also look at funding and stipend levels; routes in, through and out of postgraduate research; and recruitment and selection policies.

He described the new deal as a “really big piece of work”, adding that there would be “some quick wins no doubt, but some of this will take a really long time—potentially several years”.