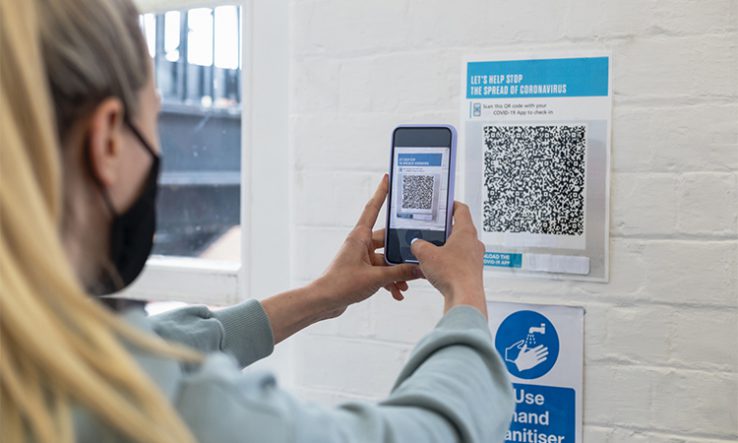 Scientists are being prevented from carrying out their research after being forced to self-isolate at home, Research Professional News has learned.

In a phenomenon dubbed the ‘pingdemic’, increasing numbers of people across the nation are receiving notifications from the NHS Covid-19 app telling them they must self-isolate for up to 10 days after coming into contact with someone who has the virus.

There has been confusion over whether those notifications must be adhered to, but No 10 said yesterday it was “crucial” for people to quarantine in line with the app’s recommendation if they get pinged—even as it is not a legal requirement.

As a result, many businesses and organisations have complained of staff shortages, with researchers among those hit hard as the number of Covid-19 cases soars even as many other restrictions have been lifted. The government now expects the app notifications to increase in number, as Covid cases are on the rise.

“I am hearing of a number of colleagues who are having to self-isolate because one of their family members has either tested positive and/or been pinged,” said Lawrence Young, a virologist and professor of molecular oncology at the University of Warwick.

Matthias Ruth, pro-vice-chancellor for research at the University of York, told Research Professional News the increasing number of self-isolating staff was “not just a concern in lab settings, where experiments may have had considerable lead times to be set up…but also in field work, where there is a seasonal component to the research, or where it affects interaction with human subjects”.

Moreover, he added, researchers who are parents may also be forced to work from home when their children are sent home from schools, or when care programmes are not available to them.

“We increasingly feel those effects across the research community—academics, technicians and support staff—as well.”

Christopher Jackson, chair of sustainable geoscience at the University of Manchester, had to isolate for 10 days earlier this month after receiving a notification from the NHS Covid-19 app, despite having no symptoms.

“A lot of my work at the moment is office-based anyway, which makes remote-working easier,” the father of three told Research Professional News. “But the house I’m currently renting with my family is very small and there’s not enough room for a proper desk. My four-year-old daughter is also at home and it’s hard to try to perform to the level that you are being paid to work at.”

As a result, the geologist says his normal productivity has fallen to about 60 per cent.

“I can get the things done that I need to but it takes a lot longer to do them because I’m in a sub-optimal physical environment. I have to work at the kitchen table and there’s a small child running around. This can only be sustained for so long.”

“My eldest, who’s seven, is currently on her third or fourth isolation—we were contacted last Wednesday morning and she has to isolate until Saturday, which meant she missed the last few days of school.”

This coincided with two of Giles’s research trips—the first she had been able to go on since November—leading to a “huge amount of stress and uncertainty” over whether she could travel this week.

“I need to do the trip to collect data for a paper that has been held up for 18 months and a grant that was rejected and needs resubmitting, and this week was the only time it is possible for me to travel due to childcare issues later in the summer and once school restarts.”

Thankfully, Giles was able to go on the trip at the last minute, but she is worried she will need to return home if her daughter or anyone else in her family develops symptoms.

“While working at home with an isolating kid, it’s almost impossible to focus on work, especially while it’s too warm for them to go outside. There are lessons to try to keep on top of, constant interruptions. I’m lucky if I can get halfway through an email before having to do something else, let alone think about research,” she said.

Support from universities and funders

Despite the increase in academics self-isolating, Giles is concerned that academics are not being given appropriate support from their institutions and funders.

“Honestly, it feels a bit like my university and funder have washed their hands of the problem,” said Giles.

“I’m on a time-limited fellowship and have not been able to apply for an extension, despite my research having effectively stalled for the last 18 months due to a combination of home-schooling, travel restrictions and collections being closed.”

Although there was a “lot of understanding earlier in the pandemic”, she claims there is “very little recognition at a university or funder level that these impacts are still ongoing, and that there has been continued disruption even since schools went back in person in March”.

“It feels very much like I’m still treading water and can’t get back on top my research, and this disruption is going to continue to be reflected in my research outputs for years to come.”

Giles believes that employers and funders should recognise this ongoing disruption and offer practical solutions, such as workload reductions or funding extensions.

“I’ve not seen any sign of that at all, though.”

Giles’ fellowship is funded by the Royal Society, whose spokesperson said: “The last 18 months have been incredibly difficult for many researchers and the Royal Society has supported the people we fund in a variety of ways.

“Key to that has been the availability of 6 month costed extensions to those holding our fellowships who were approaching the end of their funding. Award holders could also request no-cost extensions.”

Research Professional News has contacted the University of Birmingham for comment.

According to the government the NHS Covid-19 app has been downloaded over 26 million times and users are only notified if they have been in close contact with someone who goes on to test positive for Covid-19.

It expects that as England sees a rise in cases and increase in socialisation, more people will be alerted by the app to inform them they are at risk.

A government spokesperson said: “While most restrictions are being lifted, it is still possible to catch and spread Covid-19 even if you are fully vaccinated. We know the test, trace and isolate system is one of our best defences against the virus and positive cases are legally required to self-isolate.

“The NHS Covid-19 app is reducing the spread of coronavirus and prevented an estimated 600,000 Covid-19 cases and 8,000 deaths between September and December 2020.

“The app is doing exactly what it was designed to do—informing close contacts of someone who has tested positive for Covid-19 that they are at risk and advising them to isolate to protect themselves and others.”

Young said: “It is clear that, although not perfect, the app has contributed towards keeping a lid on the spread of the virus.”