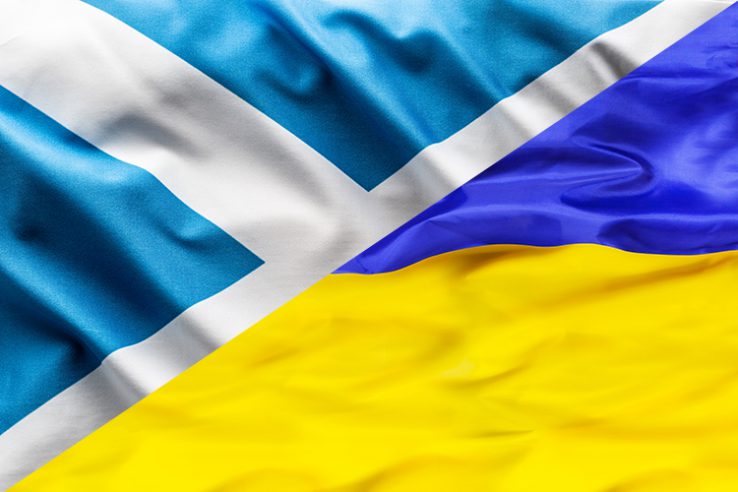 Ukrainian students who have been displaced by the war will be able to study at Scottish universities for free next year.

Students from Ukraine arriving in Scotland through the national Homes for Ukraine, Ukraine Family or the Ukraine Extension schemes will be eligible to take a further or higher education course at universities without paying tuition fees or living costs.

Although Scottish students do not pay tuition fees, students from Ukraine would usually be counted as international students and would end up paying thousands of pounds in fees.

Ukrainian students coming to study at Scotland’s universities will be able to draw on £8,100 per year in bursaries and loans, while those studying in colleges will be able to access £4,668 each year of their studies.

Announcing the policy, Scotland’s further and higher education and science minister, Jamie Hepburn, said the government was “determined to do everything we can to give displaced people from Ukraine the warmest welcome possible, and we want to ensure students arriving here have the support they need to start or continue their higher and further education”.

“By extending home fee status and living cost support to students arriving from Ukraine, we hope to provide some stability and assurance at this deeply troubling time and ensure those forced to flee their homes can live safely and comfortably in Scotland for as long as they need to,” he added.

Ukrainian students who are already studying in Scotland and who experience financial hardship will be able to access support through a £1 million International Students’ Emergency Fund.

“Scotland’s university leaders are appalled at the continuing desperate crisis in Ukraine. We are committed to offering the best possible support to students affected by this conflict,” he added.

Although the UK government has told England’s watchdog the Office for Students to set up a £4m fund to support Ukrainian students in 2022-23, fees have not been waived at a national level in England or Wales. Some universities in England and Wales are offering funded scholarships for Ukrainian students.