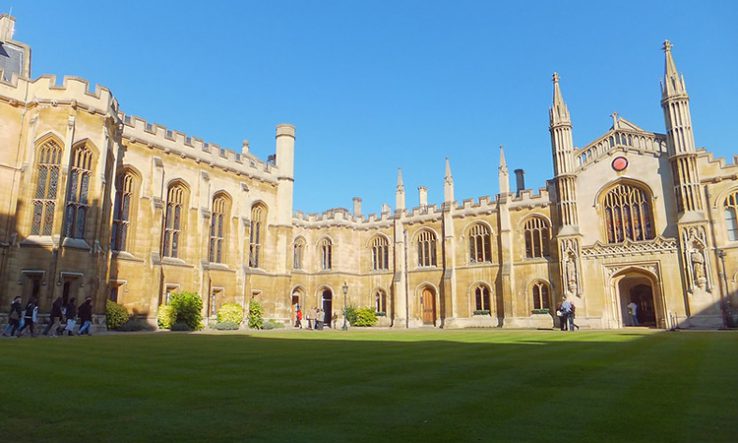 The University of Cambridge in the UK has announced a package of support for academics, doctoral researchers and students from Ukraine who have been displaced by war.

Up to 10 academics and 10 doctoral students will receive a funded residential placement at the university to continue their research, part of a package of support called Cambridge University Help for Ukraine.

Funding for their dependents and resettlement costs will also be provided, said the university. The support, it added, would help to “ensure that the vibrant Ukrainian higher education sector continues to operate” through the war.

University of Cambridge vice-chancellor Stephen Toope said that ever since Russia invaded Ukraine in February the university “has been working with education leaders in Ukraine to support academics and students whose lives have been torn apart in this humanitarian tragedy”.

“There has been an undiminished determination across our community to do everything we can, and to stand with Ukraine,” Toope said.

For researchers still in Ukraine, grants will be made available in partnership with the National Research Foundation of Ukraine, and academics will have remote access to the University of Cambridge’s online academic resources.

Funding for 10 Ukrainian students has been set aside in the university’s pre-existing Rowan Williams Cambridge Studentships for displaced students, while a twinning agreement with Kharkiv National Medical University will give around 20 students a seven-week clinical placement at a hospital in Cambridge from July.

Oksana Hetman, president of the Cambridge University Ukrainian Society, said Ukrainian scholars were facing “incomparable abruptions” to their work during the war.

“Every student or researcher continuing their work despite the war is a win both for Ukraine and for the global scientific community,” she said.

Other universities have also pledged significant support for Ukrainian students and academics.

The University of Oxford has set up a Graduate Scholarship Scheme for Ukraine Refugees to support up to 20 postgraduates from Ukraine, while the University of Manchester has a fund of more than £5 million to fund up to 20 students.

At a national level, the UK government has set up the £3.5m Researchers at Risk Fellowships Programme that prioritises academics fleeing the conflict in Ukraine.