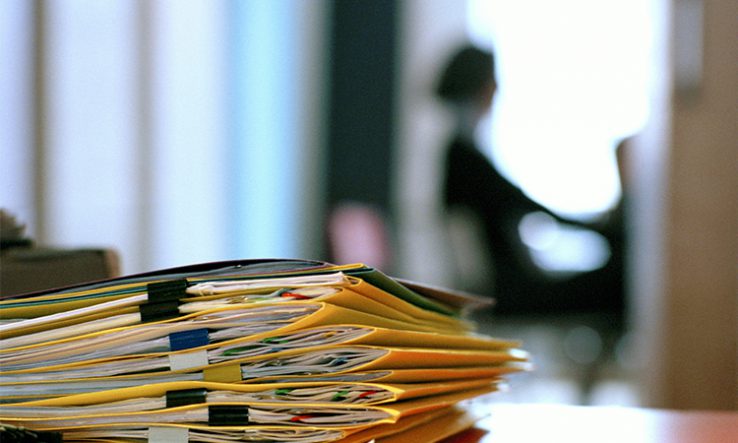 UK academics on research-only contracts spend just over a third of their time doing research, a report has revealed.

The figure is much lower for academics who teach alongside their research with just 14 per cent of their working hours being spent conducting research activities, according to a recent government-commissioned review into research bureaucracy.

For research-only academics, 7 per cent of their time is spent on general admin with 5 per cent on departmental meetings and 8 per cent on external meetings.

Other tasks taking up their time included supervision of postgraduate students (7 per cent), grant writing (6 per cent), peer review (3 per cent) and engaging with funders (4 per cent).

For academics who teach and carry out research, the largest proportion of their time went to teaching (29 per cent), followed by student admin and pastoral care at 18 per cent.

‘Bureaucracy in every part of UK research system’

The figures cited by the Independent Review of Research Bureaucracy published last month come from a survey of 18,000 academics by the University and College Union in 2016.

The review was carried out by University of Birmingham vice-chancellor Adam Tickell who said that “unnecessary bureaucracy exits in every part of the UK research system” and recommended a range of measures to cut red tape such as streamlining grant application processes.

The government is due to respond to the review later this year.

Tickell also cited research on the bureaucratic burden of research in the US and Australia, for context.

“Similar research in Australia looking at health-specific research funding found that preparing a new research proposal took researchers 34 days on average, and more time taken did not translate to success.”