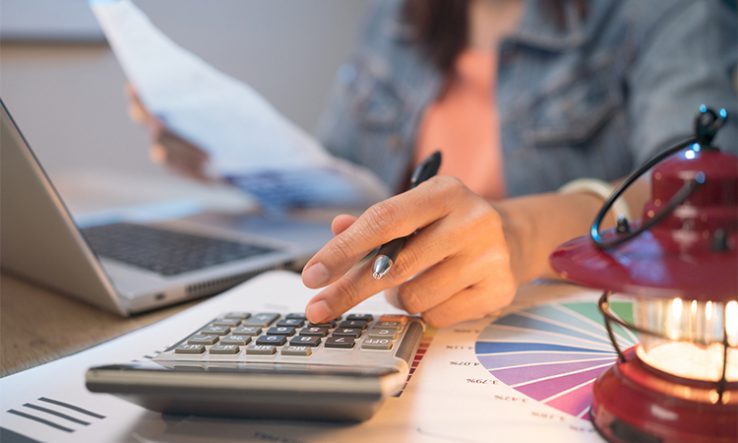 Self-funded PhD students have called on universities and the UK’s national research funder to provide more support as they struggle to make ends meet during the cost of living crisis.

A number of postgraduate researchers in the UK fund their own studies, with many choosing to top up their finances with teaching or part-time work. However, increasingly, these students are struggling to get by as soaring inflation and energy bills are eating into their budget.

George Aylett, a fourth-year PhD student at the University of Leeds, who is researching political science, told Research Professional News he was “extremely concerned about the cost of living crisis”.

“Increased prices mean that a large percentage of my budget is spent on essential items,” he said. “Many self-funded postgraduate researchers—especially international ones—are facing the squeeze alongside paying for extortionate tuition fees and everything else.”

Aylett said that self-funded PhD students had “received little, if any, support from institutions”.

In July, the University of Leeds announced it would be making a one-off payment of £650 to staff in roles earning up to a certain amount.

However, Aylett pointed out, “postgraduate researchers—many of whom teach and without whom many modules would not have been able to function—were not entitled to this payment because they are classified as students rather than staff”.

This payment, he said, “would’ve made an enormous difference for many PGRs who teach and announcements like that don’t make PGRs feel valued in the university”.

A spokesperson for the University of Leeds said the university “considered a number of factors in reaching the decision about the eligibility criteria for the payment and had to make some difficult decisions to balance affordability and for the payment to be meaningful to those receiving it”.

They added: “The university offers a variety of means of support for all our community, including our postgraduate researchers, and is regularly reviewing how we can best support them, particularly during the current period of economic and social challenges. As any further arrangements are confirmed these will be communicated accordingly.”

Aylett and others are now calling on universities, together with national funder UK Research and Innovation, to do more to support self-funded PhD students.

“Postgraduate researchers should be treated as staff rather than students, which would give them the right to access the cost of living payment, universal credit and workers’ rights,” he said. He is also calling for non-means-tested hardship funds and a waiver of tuition fees.

Meanwhile, a self-funded postgraduate researcher in biological sciences based at a Scottish institution told Research Professional News they were now seriously considering whether or not to continue their studies in light of the crisis, despite working part-time to fund their PhD.

“As a self-funded student, I knew I would need to raise funds for conference travel, fieldwork and consumables,” said the student, who did not wish to be identified. “But I also budgeted how much I need to live on and how much that means I need to work each week. The current increases in living costs have completely changed that budget.”

The biology researcher has considered moving their PhD to part-time study to enable them to earn more money on the side, but is concerned they would no longer be entitled to the government’s council tax discount, which is only for full-time students.

“This would mean I would have to pay out more each month, and as a student we are not entitled to universal credit,” they said.

Although their institution offers hardship funds for students, these are “only for unforeseen emergencies, which, weirdly, the cost of living crisis isn’t being considered as”, they added. “So, there is very little help available.”

They are now hoping to see their £4,600 tuition fees waived or at least “heavily discounted” to support them through the crisis. “That would be the greatest help,” they said.

The Scottish government and vice-chancellor’s group Universities Scotland both declined to comment.

A spokesperson for vice-chancellor’s group Universities UK said: “Universities will be thinking hard about ways to support self-funding postgraduate students in need during the cost of living crisis.

“However, we need more support from government to work together with universities on this, and have just published proposals which include the importance of support for postgraduate students.”

They added that UK Research and Innovation’s promised “new deal” for postgraduate research was exploring how to make sure doctoral training is an “attractive, affordable and accessible option, and we are committed to supporting this work”. It remains to be seen what attention will be paid to self-funded students in any such deal. UKRI only funds about one quarter of postgrad students in the UK.

But Alex Kirby-Reynolds and Ellie Munro, co-leads of the University and College Union’s Postgraduate Researchers as Staff campaign, said: “It is unacceptable for universities not to provide hardship funds, tuition fee reductions, waivers to ‘continuation’ fees, and support with meeting required costs of research and training. They should ensure that all PGRs are renumerated for all teaching hours worked at an adequate rate of pay.

“The government must also take action to provide those using its Doctoral Loan scheme with additional financial support.”

‘Nobody will be left behind’

Ansh Bhatnagar, a PhD researcher in theoretical particle physics at Durham University and organiser for the PGRs Against Low Pay campaign—which has called for an increase in support for PhD students during the cost of living crisis—said universities and UKRI had a “responsibility towards self-funded postgraduate researchers”.

“They have produced multi-million-pound funding pots open to self-funded postgraduate researchers in the past, due to Covid, and must do this again on a larger scale to respond to a greater financial crisis.”

He added that the campaign would “continue to organise for every postgraduate researcher to receive the support they need to make it through this crisis. Nobody will be left behind.”

Earlier this month, UKRI announced it was increasing its minimum student stipend by 10 per cent for the 2022-23 academic year—to £17,668. However, the funder declined to comment on whether it would consider supporting self-funded students.

The Department for Education did not respond to requests for comment.