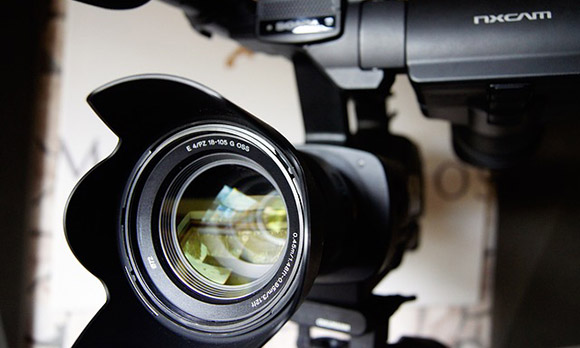 Universities must take care that technology introduced for the right reasons is not used in oppressive or illegal ways, says Laura Martin.

The video or audio recording of university lectures and conference presentations is becoming increasingly common. Universities usually justify what is known as lecture capture in the name of laudable goals such as widening access and aiding studies. And many analyses support the claim that lecture capture systems can enhance students’ learning.

But capturing lectures in this way puts a wide array of fundamental rights and interests at stake. The technology may be implemented for well-meaning ends, but recordings can be used for purposes not originally envisaged.

During the University and College Union’s strike action over pensions in 2018, for example, which affected 65 UK universities, some institutions threatened to use recorded lectures to replace absent staff. According to news reports, social media posts and my own research, a number actually did so.

It also plays into wider debates about increasing levels of surveillance in academia. Earlier this month, for example, Research Fortnight’s sister publication HE reported how the University of Northampton’s vice-chancellor raised concerns with his remarks that its new campus “pretty much knows what you’re doing 24/7”.

Institutional practices and policies surrounding lecture capture vary widely in their level of detail, what they rule in and out—such as use in performance monitoring and complaint procedures—and stance on intellectual property. The evidence of the 2018 strike also suggests that existing policy and guidance may do little to safeguard academics’ rights and interests.

Recording lectures inevitably involves the collection and processing of personal data. Recordings may also constitute special personal data, such as the racial origin or political beliefs of the presenter.

Universities are expected to seek consent for lecture capture. This is generally obtained as part of the employment contract, through acceptance of an overall policy or by a release signed at the start of each course.

Consent for educational use is plausible, but this will not extend to repurposing for performance monitoring or strike breaking. An increasing number of universities are also presuming consent rather than seeking it, imposing lecture capture on their staff unless they opt out.

This is unlikely to qualify as “specific, informed and unambiguous” consent signified by a “clear affirmative action”, as set out in the General Data Protection Regulation implemented across the European Union in 2018. The GDPR also suggests that the power imbalance between employer and employee makes it impossible for consent to be meaningful in cases such as these.

The legality of video recording of university lecture theatres recently came before the European Court of Human Rights. The verdict was complex and provisional, but it does give some ammunition to those disputing the use of lecture capture technology in UK universities.

In February 2011, the University of Montenegro announced that video recording technology would be introduced into lecture theatres to monitor teaching and protect student and staff safety. This prompted two professors to apply to the Strasbourg-based court on the basis that the recording violated their fundamental right to a private life under Article 8 of the European Convention on Human Rights.

In November 2017, a chamber of seven judges found that the video recording of university auditoria violated the lecturers’ fundamental right to private life. The judges held that video monitoring in the workplace automatically engages Article 8. However, the court’s decision was by a fine margin of four votes to three, and the reasoning of the majority is contentious.

The four judges in the majority noted that as teaching and learning are expressions of academic freedom, university employees can have a reasonable expectation of not being placed under video surveillance. They also noted that the university’s actions were not justified under Article 8(2), which sets out when public bodies can legitimately breach individual privacy. However, two of the four nevertheless believed that the court failed to attach adequate importance to the nature of the activity being placed under surveillance.

The three dissenting judges criticised the majority for failing to follow previous judgments by the European Court of Human Rights. Two argued that video monitoring of the workplace does not automatically or in itself constitute a breach of Article 8, and that the circumstances of video recording must be assessed.

For the dissenting judges, the university had not infringed its lecturers’ private lives, as they had been notified of the recording. Only professional activity was monitored, surveillance was remote, audio was not recorded, pictures were blurred, recordings were only accessible to the dean and recorded data was not subsequently used.

As things stand, lecture capture technology is not illegal per se. The European court’s judgment makes it possible that recordings will be seen as automatically falling foul of Article 8, but this is unlikely.

Traditionally, the court’s judgments on Article 8 have depended on its view of reasonable expectations of privacy at work. Although notice and consent to lecture capture can reduce these expectations, the court’s Grand Chamber, its highest body, recently held that privacy expectations “cannot be reduced to zero”.

Following the court’s usual reasoning, determining whether Article 8 is engaged depends on the broad circumstances of lecture capture. The outcome will depend on, for example, whether both audio and video are recorded, the quality of the images and sound, any attempts at blurring or redaction, and the longevity and accessibility of recordings.

At it stands, the law suggests that lecturers should never be recorded without explicit, opt-in consent, and that beyond core educational purposes, recordings should never be reused without explicit consent. Ultimately, to make sure that lecture capture is used for positive reasons, and to retain the consent and goodwill of staff, university managements need to comply with their own policies.

Laura Martin is a PhD student in the school of law, University of Strathclyde.

Something to add? Email news@researchresearch.com