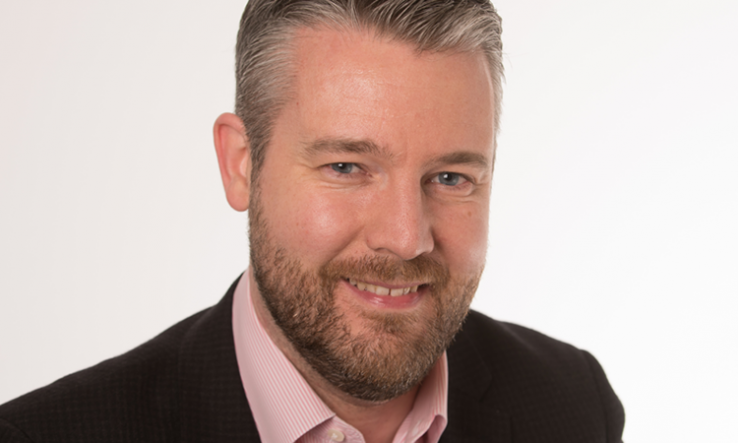 Working together will help keep down contributions and deliver a long-term solution, says Alistair Jarvis

It is with deep regret that despite 18 months of detailed work and negotiations, we have not been able to find a solution to address the financial deficit in the Universities Superannuation Scheme (USS) that is acceptable to the University and College Union (UCU). Sadly, this has led to some UCU members taking strike action at 46 universities over USS pension contribution increases.

At the heart of the USS dispute is the challenge of how to address the financial deficit in the scheme and the question of how to fairly share the increased costs.

We’ve worked hard to find a solution acceptable to the UCU leadership and in recent days, talks between the union and employers have continued in the hope of finding common ground. Employers remain open to considering fair and reasonable suggestions to resolve this dispute. Unfortunately, the UCU leadership’s current ‘no detriment’ demands—that employers must pick up all the increased costs of the scheme rather than them being shared—are unacceptable and unaffordable for the vast majority of employers.

I hope that we can quickly find a way forward to allow those who have chosen to strike to return to work. Meanwhile, universities are doing all that they can to minimise the impact of any strike action on students, their other staff and the wider university community.

On 1 October 2019, pension contributions into USS went up for employers and their staff from 19.5% to 21.1% of salary, and 8.8% to 9.6% of salary respectively. The extra contributions are being shared in line with the 65:35 employer/member rate, which is set out in the scheme rules.

The required rates were arrived at after more than 18 months of negotiations and dialogue between the USS trustee, who manages the scheme, Universities UK, which represents the scheme’s 340 employers, and UCU, on behalf of the scheme’s members.

Maintaining benefits at current levels has been one of UCU’s key demands, and employers have listened: agreeing to a rise in contributions—for both employers and scheme members—to preserve retirement benefits in their current form.

The cost of providing members with defined benefits has increased. The economic environment is uncertain and challenging, making pensions more expensive. Most defined benefit pensions schemes have seen rising costs with many increasing contributions or closing.

Although there has been much debate over the size of USS’s projected shortfall in funding (deficit), the USS trustee has the primary, legal responsibility to deliver the promised pensions. The trustee is clear that contributions must increase and the Pensions Regulator is unambiguous in its view that the scheme’s funding position means there is a sizeable deficit that must be paid down.

The outcome of the 2018 valuation is the best that could be achieved given the scheme’s deficit and the current regulatory framework. While it may not go as far as some might have hoped, the reduction in the required total rate is considerable (from 35.6% of salary under the 2017 valuation to 30.7% of salary under the 2018 valuation). The outcome means that further hikes in contributions (scheduled under the 2017 valuation from April 2020) have now been avoided. It is evidence of the efforts made by all stakeholders to take account of the first report of the Joint Expert Panel (JEP)—established jointly by UCU and UUK to consider alternative approaches to the scheme’s valuation.

Employers are committed to ensuring that USS remains one of the best pension schemes in Europe and have agreed to pay the majority (65%) of the extra money required to maintain benefits—an extra £250m per year—despite the financial pressures they are currently facing amid increased competition, a freeze on tuition fees, rising costs and prolonged uncertainty over the implications of Brexit.

Employers are asking members to make a fair contribution too. Scheme members are paying 35% of the increased costs, which works out at £7 per week for those on the average salary.

Employers remain committed to jointly working with UCU to deliver long-term changes, to evolve the valuation methodology, reform governance, improve transparency and build greater confidence in the scheme. I hope that the JEP’s second report, expected in December, will provide the springboard for a joint approach. Last week, university leaders made a formal commitment to joint working with UCU to deliver long-term reform of USS and to taking all reasonable steps to avoid future contribution increases for USS members or employers.

Rather than continuing with strike action, I hope that the UCU leadership will focus its efforts on reaching a joint and fair solution – and to working together on future reforms. It is in the best interests of all our staff and students that this dispute is resolved as soon as possible.

Today we also publish an opinion article on the strike from Jo Grady, general secretary of the UCU.