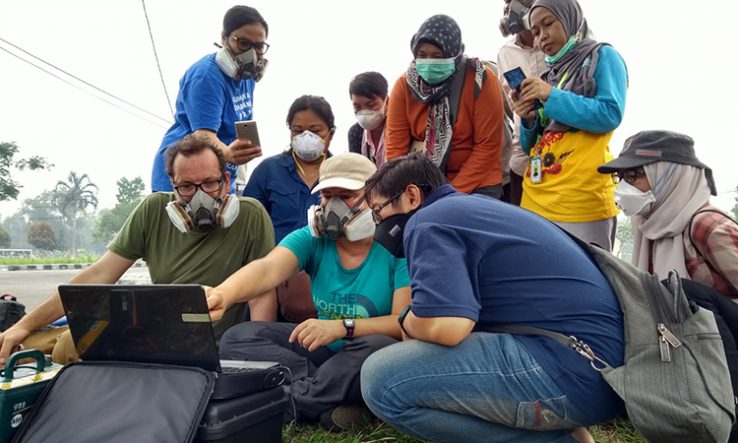 Wildfire is a critical component of the Earth system. It has shaped the evolution of many species and ecosystems, and been a constant companion to humans since the dawn of our species.

However, the frequency and intensity of wildfires are now changing in ways that no one anticipated or understands. Recent years have seen extreme wildfires in fire-prone regions such as California, the Mediterranean and the Amazon, but also in unexpected regions including the UK, Sweden and even the Arctic. Fires at high latitudes are particularly worrying because they threaten to burn carbon-rich peatlands, with potentially serious consequences for climate change.

Meanwhile, the demise of traditional fire use, encouraged by misguided zero-fire policies, has led to some exceptionally large and ferocious fires. Such fires destroy lives and property, threaten biodiversity and cultures, reduce air quality and emit huge amounts of carbon.

In recent decades fire has also been used on a large scale to transform vast expanses of forest into farmland. Local livelihoods have been disrupted and displaced in the process. Even when problems are recognised, fire managers are usually under-resourced and face mismatches among policies, managers’ world views and local realities.

Without properly understanding the social and natural dimensions of wildfire, we devote more effort to putting out uncontrollable fires than to preventing or adapting to them.

Falling between the cracks

Wildfire has defied scientific understanding because it falls between so many disciplines, including physics, engineering, ecology, anthropology, geography, history and economics. To predict and manage wildfires more effectively, we need more comprehensive data collection and better models, integrating multiple disciplines at multiple scales.

The Leverhulme Centre for Wildfires, Environment and Society, a 10-year research centre launching this month, will take on this challenge. The centre is a collaboration between four universities, led by Imperial College London and King’s College London, with the University of Reading and Royal Holloway, University of London.

Its mission is to lead game-changing global research for understanding and predicting wildfires, measuring their impacts, and living sustainably with them.

The centre has four research strands: fire in the tropics; fire in the north; fire at the wildland-urban interface; and fire in global systems. The research will draw on expertise in modelling, observations, land-use geographies, and Earth system processes.

For example, Kayla De Freitas, one of the centre’s first PhD students, who has just joined Royal Holloway, is looking at the changing fire management practices of indigenous people living in and around the Kanuku Mountains of southern Guyana. By understanding differing attitudes towards fire, management policies and practices and their effects on the landscape, she hopes to contribute to improved fire management in the region, and so social and ecological improvements.

Across the centre’s work, field studies will seek to better understand how people manage landscapes by coexisting with and fighting fire. They will be complemented by policy, economic and geopolitical analysis on the role of fire in different socioeconomic contexts.

Satellite-based remote sensing of fires, emissions and land use will be crucial for scaling up information collected on the ground. Several thousand years of data will provide a baseline, giving evidence on what controlled fire before human activity transformed landscapes. Environmental, socioeconomic and conceptual models will be used to inform decision-making.

Translating the research into practical tools and policy insights will be crucial for managing wildfires effectively. For example, working through the new centre, the National Centre for Earth Observation’s wildfires and Earth-observation research group at King’s will strengthen its work on satellite products for both public and private sectors.

Such information will be valuable, for example, for power companies that benefit from turning off power lines to prevent damage from wildfires, or for national park managers seeking to understand and control fire more effectively. The team’s satellite data also feeds into air quality forecasts used to forewarn the public, and are used to inform space agencies’ systems for collecting landscape fire information.

Integrating information from the centre’s various projects, from the field, and from satellites will be crucial in developing a new generation of wildfire models for more skilful prediction on global and regional scales. These promise better representation of wildfire in models of the climate, atmosphere and ecosystems, with implications for all the economic sectors that rely on such predictions.

The new centre will build on an existing collaboration between Imperial College and the Met Office on global wildfire modelling and Earth system simulation. Better prediction in these areas will also inform policy-making in areas such as agriculture, forestry, insurance, ecosystem services and tourism.

Wildfires are complex, they differ between regions, and they are poorly understood. Even their drivers and trends are unclear. The new Leverhulme centre hopes to create a step-change in our scientific understanding of wildfire, and through this, lead to better informed policies. Through dissemination of this knowledge, future generations will be better prepared to live sustainably with fire.

Adriana Ford is manager of the Leverhulme Centre for Wildfires, Environment and Society, which launches on Wednesday 13 November