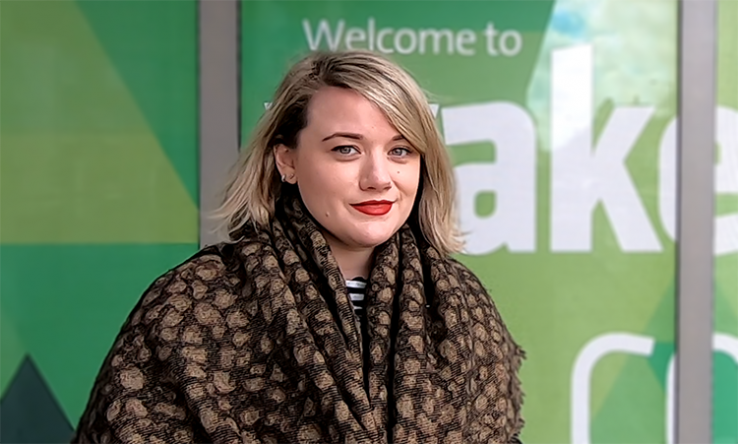 Vice-chancellors have learned nothing from past strikes and more is to come, says Jo Grady

Yesterday, thousands of members of the University and College Union (UCU) at 60 universities walked out for the first of eight days’ strike action in defence of decent pensions and fair pay and conditions.

On picket lines up and down the country, the mood is buoyant but the anger is palpable. Staff are understandably furious that they have been pushed to take strike action for the second time in two years in a bid to keep their pensions affordable.

They are frustrated that their employers have repeatedly failed to acknowledge both the extent of the declining value of pay, rising workloads, precarious contracts and persistent equality pay gaps in higher education.

More than anything, they are outraged that, instead of bringing forward serious offers aimed at resolving the two disputes, universities have spent the past few months trying to downplay the scale of the issues at stake and spin their way out of their current predicament. And they are appalled at institutions who are attempting to use strong-arm tactics to undermine the action—including threats to bring in temporary labour and to dock full pay for action short of a strike, where members are simply working to contract.

In the pay and equalities dispute, the universities’ latest bizarre move was an offer to talk about anything except pay. Not only is this an insult to staff who have seen their pay fall by around 20% in real terms since 2009, it completely misses the point our members in higher education have been making for years. The four issues at stake in the dispute—pay, casualisation, workload and equality pay gaps—are intricately linked and can’t be tackled in isolation.

We can’t address the fact that women are paid 15% less than men, or that black and minority ethnic (BAME) staff in universities are less likely to hold senior jobs and are paid less than their white colleagues, without talking about pay. And we can’t get a fair deal for all staff without addressing the fact that academic staff are routinely working more than 10 hours a week for free, or the fact that one third of academics are on fixed-term contracts and 49 universities still employ academic staff on zero-hours contracts.

We need a coherent, holistic response from employers that recognises the impact of all four elements on the sustainability of careers in higher education, not a half-hearted piecemeal approach.

In the Universities Superannuation Scheme (USS) dispute, universities have been making a big deal about their contribution to the scheme as if it were an act of great benevolence on their part, but that logic is deeply flawed. First, pensions are deferred pay. The pension offer at universities forms a key part of the overall employment offer to staff—members won’t be fooled into thinking that it’s a show of kindness for employers to simply pay their share of the contributions.

Second, it was the employers—not the staff—who voted for the contribution increases that led us to this point. They did so in spite of evidence from an independent panel of experts (the Joint Expert Panel), which suggested that costs did not need to rise in this way. It is therefore only right that universities shoulder the cost of those extra contributions, rather than foisting them onto members.

The truth is that the additional pension contributions being asked of staff risk pricing a lot of them out of the scheme altogether. Vice-chancellors with six-figure salaries and a handy expenses account might not notice the latest increase in contributions, but for many staff, that rise makes staying in the scheme unaffordable.

The higher contributions will also make the issue of two-tier pension provision in higher education more acute. Vice-chancellors like to praise the USS as a generous scheme, but in fact it is much less generous than the Teachers’ Pension Scheme on offer in many post-’92 institutions.

Striking staff are taking heart from the fantastic support they’ve been receiving from students—despite efforts by some institutions to prevent students showing their support. That solidarity was a source of great comfort and inspiration during last year’s strikes, and we are incredibly grateful for their backing again this time around. Our members want nothing more than a fair resolution to these disputes that allows them to get back to work and avoid further disruption to students’ learning.

So far, though, the employers appear to have learnt nothing from last year’s dispute and their response to these serious problems has been woefully inadequate. Unless they bring forward improved offers, then more action, involving even more members, could be on the way in coming months. They underestimate the scale of members’ anger at their peril.

Jo Grady is general secretary of the University and College Union

Today, we also publish an opinion article on the strike from Alistair Jarvis, chief executive of Universities UK.