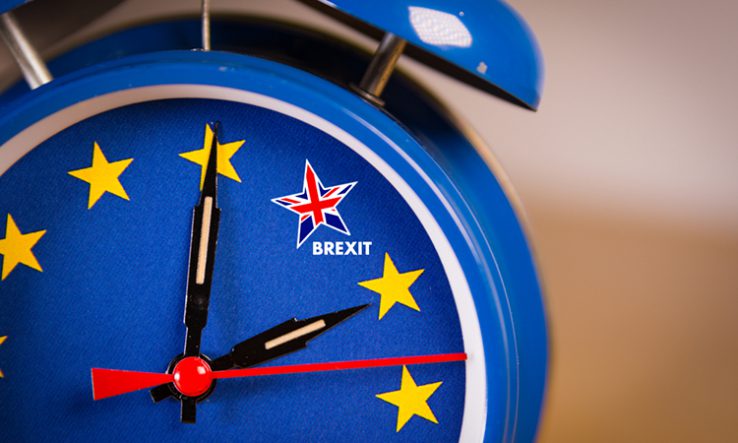 “Success is a science,” Oscar Wilde once said. “If you have the conditions, you get the result.” Over the last two decades, the conditions for UK and European Union science have been very successful.

Working together, European nations have created a world-leading research environment. When the UK leaves the European Union on 31 January, this relationship will change fundamentally

Today, Wellcome and the Brussels-based think tank Bruegel released the outcome of a simulated negotiation to create a future UK-EU science deal. We put a ‘UK team’ and an ‘EU team’ head to head to try and agree a suitable text, moving from aspirational statements to the nitty gritty.

We were relieved to find that agreeing a deal for research is possible, but as with any complex negotiation, the devil is in the detail.

Striking a deal that enshrines continued collaboration on research and innovation is in both sides’ interest, but a shared purpose alone will not be enough to bring this to fruition. Compromise and flexibility are needed on both sides, and the clock is ticking. Getting the conditions right after Brexit will be crucial to secure the future of UK science.

The science community has always been confident that the international nature of its work, and the deep roots grown from thousands of projects and collaborations involving the UK and EU, would make a deal for science relatively easy to agree.

Our two teams entered their negotiation with a similar mindset. Both sides recognised and appreciated each other’s contribution and wanted to keep collaboration as close as possible to current levels.

For both teams, the top priority was securing full UK association to Horizon Europe, the EU’s approximately €100 billion (£84bn) research and innovation programme. This was seen as an early and easy win-win, and one that the UK science community would welcome with enthusiasm.

Cracks started to emerge as the teams pushed beyond broad statements of intent to look at the specific commitments each wanted from the other. Issues such as the UK’s financial contribution, immigration and regulatory alignment—often called ‘level playing field’ provisions—exposed the rocks lurking beneath the calm seas of scientific cooperation.

Whether and how the UK changes regulations after Brexit was a substantial stumbling block. The EU team was keen to ensure the UK did not reduce standards, undercutting the EU and making science collaboration more difficult.

The UK team acknowledged these concerns but knew any firm commitment to align completely after Brexit would be impossible to sell at home. Although our teams eventually found a suitable compromise wording, their struggle suggests this will be one of the fundamental battles of the real negotiations.

Real progress was only made when both sides started to show flexibility. For example, the EU’s expected move to a model where the UK pays as much into EU research funds as it takes out helped us do a deal on post-Brexit financial contributions to Horizon Europe.

While the UK would stop being a net beneficiary of EU research funds, it also wouldn’t be asked to make large upfront payments with no guarantee of a return, as is the case under the current system. This would have been a difficult sell to the UK Treasury, and to a public concerned about money being sent to Brussels.

With only 11 months for the UK and EU to agree its future relationship, including arrangements on science, time is running out fast. Our mock negotiation showed that many issues must be resolved, each with myriad complexities.

With Horizon Europe due to start in January 2021, there is no room for extension or delay. Missing the start of the programme would damage UK science, probably reducing collaboration for years to come—as we saw when the Swiss lost full access for a period during Horizon 2020.

To minimise disruption, research and innovation must be prioritised in the negotiations, ideally in a stand-alone deal for science, independent of the core Brexit agreement. This is the best way to ensure the UK is part of Horizon Europe from day one and not impacted by wider Brexit delays.

Both the new UK government and EU commission have talked positively about science and the need for more, not less, international collaboration. It is now in their hands to turn their warm words into actions and create the conditions for UK and EU science to thrive in the future. Everyone can help by signing the online Deal for Science petition.