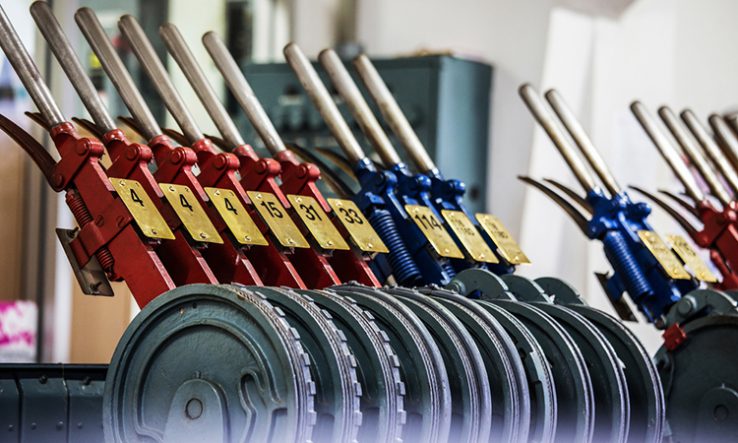 The role of ‘place’ will be crucial if the government is to achieve its target to spend 2.4 per cent of GDP on research and development by 2027. This is for two reasons: first, reaching the target will require all regions to play a role; second, success is most likely when regions play to their strengths.

Universities will be central to the place agenda, for their excellent research, nationwide reach, and understanding of, and engagement in, regional economic and social environments. Few towns or small cities are home to half-billion pound technology businesses, but many have a university.

A productive collaboration between a university and a business has many elements, but geographical proximity is always part of it. The idea that research is fully portable, so any company can benefit from work at any university, is often overstated. This is particularly true for industries relying on large capital investment, such as manufacturing, or tied to a location, such as the marine sector, wind power or farming.

Geographical considerations are entwined with the personal relationships essential for turning research into innovation. These relationships are built over years, and they are not easily replicated.

Universities are especially important in Northern Ireland, where the economy is relatively dependent on Queen’s University Belfast as a source of startups and a magnet for foreign investment and venture capital. Similarly, the region’s industry is dominated by small businesses, with few companies big enough to coordinate large innovation projects. That makes the two universities, Queen’s and Ulster, focal points for business support.

So, the job of a university here is to support small companies and assist those with the potential to rapidly scale-up. It’s no co-
incidence that Northern Ireland has had success with Knowledge Transfer Partnerships, where small companies face a low barrier to entry, but sees fewer R&D projects  funded by large companies.

Place-based research and innovation needs to be integrated with regional policies on education, skills, infrastructure, industrial strategy and so on. Everyone needs to pull in the same direction, with the same criteria for success. This takes diplomacy and compromise. Some mechanisms for integration already exist, such as City Deals.

Discussions of place can slide into arguments over excellence versus distribution. But excellence exists in all parts of the UK—at Queen’s University the 2014 Research Excellence Framework rated three-quarters of our research as internationally excellent or world-leading.

We have combined this with a commitment to translation and regional development. One mark of our success is our first place in a 2019 table of entrepreneurial universities compiled by the venture capital fund Octopus Ventures. A focus on place doesn’t mean turning away from world-class research, but using it to transform a region.

What works in one area will often be applicable in another, such as Queen’s University’s award-winning work on shared education in divided societies. Following its success in Northern Ireland, this has been adopted by educators and policymakers in other divided societies.

It is important to build on opportunity as well as existing strengths. Belfast’s cyber cluster, for example, which now employs over 1,200 people, developed in large part because Queen’s won one of the Engineering and Physical Sciences Council’s Innovation and Knowledge Centres in 2009. This was not a sector that Belfast was known for, but the university drew up a vision and plan. The rest is history.

Every region is different so bespoke approaches are needed. In Northern Ireland, for example, cross-border research is an emerging opportunity. Investments by the Irish government in research and innovation can help universities in the north build partnerships with institutions in the republic, based on strengths including agri-food, sustainability, cybersecurity and health and life sciences.

UK funding instruments do not always allow this. The Strength in Places Fund and Prosperity Partnerships are welcome, but they still rely on significant industrial strength in terms of matched funding and expertise.

If the UK is to develop an industrial strategy able to tackle stubborn imbalances, it must be braver in funding opportunity. A fund that enables regions to build clusters around academic strength, or which can leverage a smaller base of opportunity would support economic and social transformation across the UK.