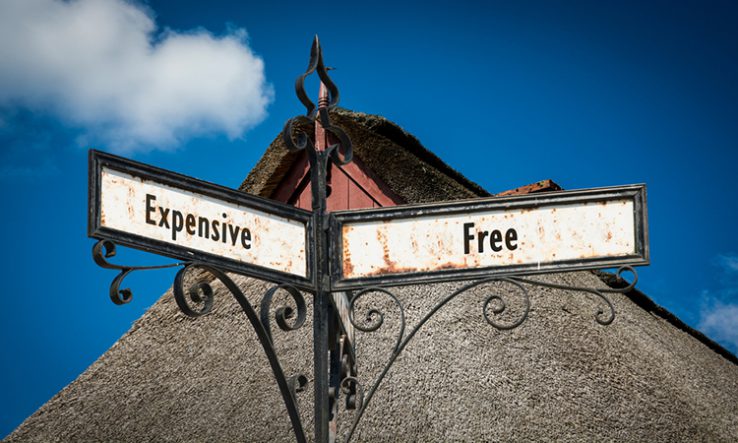 Coronavirus shows why open publishing is vital, but could make it unaffordable, says Martin Eve

Covid-19 has thrown many aspects of university research culture into acute relief. In the UK, the sudden economic threat to universities appeared just as the hopes of the world became invested in their vaccine research.

Universities appeared more necessary than ever just as the marketised economics that underpinned them nearly collapsed. Certainly this revealed one of the best arguments against subsidising an entire nation’s health research ecosystem with overseas students’ tuition fees.

The contradictions in research culture exposed by Covid-19 are as sharp in the world of scholarly communications as anywhere. As the reality of the virus dawned and campuses worldwide went into lockdown, publishers scrambled to lower paywalls.

This looked limited at first to biomedical research publications, but soon nearly everyone wanted in on the action. Publishers made both topical works—on Black Lives Matter, for example—and more general material openly available, through both their own sites and platforms such as Project Muse and JSTOR.

Physical collections became inaccessible and off-campus, digital-only access highlighted the inadequacies of interlibrary loans. As a result, demand for openly accessible research skyrocketed. The Australian National University Press, for example, has seen an average 44 per cent increase in monthly downloads of open-access materials since March 2020.

At the same time, there came a backlash. When the Internet Archive—a not-for-profit digital library based in the United States—responded to pent-up digital demand by looking to provide a “national emergency library” service, publishers responded with scorn, saying they had not sanctioned such digital lending and claiming that the archive was not a library with lending rights. Publishers Hachette, HarperCollins, Wiley and Penguin Random House moved to sue the archive for copyright violation.

Yet this year has also seen the extension and continuation of policy mandates for open access to research materials. National transformative agreements to flip subscription journals to an open-access model and replace subscriptions with publishers’ charges continue to be signed in the UK and elsewhere. The group of funders known as Coalition S has encountered some friction, with the European Research Council’s advisory body withdrawing its support, but its Plan S rumbles on.

Coalition S’s fingerprints can be seen on UK Research and Innovation’s consultation on open-access rules for the third Research Excellence Framework. While we still await the results—or news of whether that REF will even exist—proposals included requiring zero-embargo ‘green’ open access via institutional repositories, more liberal open licensing and the long-vaunted requirement for funded monographs to be in scope.

On this last front, a project called Community-led Open Publication Infrastructures for Monographs has been launched to study and reform the economics and infrastructures of open-access monographs. Co-funded by Research England and the charitable Arcadia Fund, this paves the way for a monograph mandate in a future REF.

It might appear, then, that 2020 has been quite the year for open access. But every silver lining has a cloud: there is, of course, the huge caveat that the economic impact of Covid-19 looks set to be very bad for the university library budgets that fund open access. Most commentators, for example, believe US institutions will make real-terms cuts to spending on information resources in the coming year.

It pays to remember that open access is not free: it requires compensation for the labour of publishing. Yet libraries know that the big publishers are unlikely to let a good crisis go to waste. The negotiation strategy group run by Universities UK and the higher education IT organisation Jisc is seeking a Covid-related 25 per cent reduction in fees paid to big publishers—smaller than some publishers’ profit margins— but it is not clear that this will be forthcoming.

All of which drives home the contradiction at the heart of 2020 for open access. The pandemic has shown, more than ever, why we need open access to research. At the same time, it has ripped the heart out of the economic systems that could and should support such transitions. Whether open access will sink or swim will be determined by the coming economic tide.

Martin Eve is professor of literature, technology and publishing at Birkbeck, University of London, and joint chief executive of the Open Library of Humanities. He is co-editor of the new book Reassembling Scholarly Communications (MIT Press)