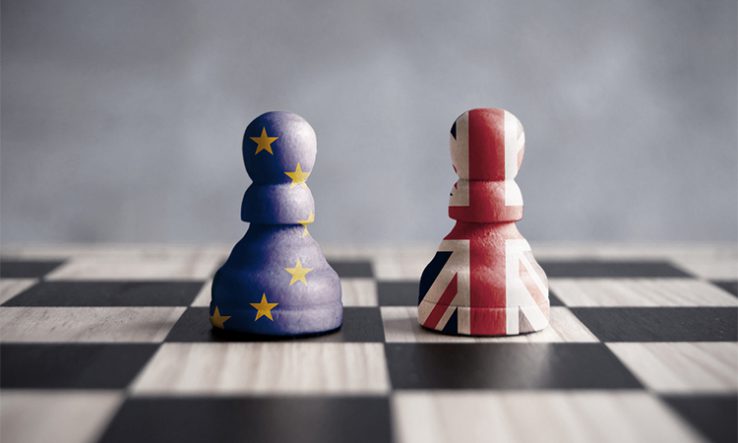 In true Boris Johnson style, I drafted two versions of this article on post-Brexit research collaboration before the Christmas break. I’m enormously relieved to be publishing this one.

The Brexit deal is done, and with it comes a huge sigh of relief for research funding—despite the disappointments of leaving the Erasmus student exchange scheme.

After years of uncertainty and countless hours of negotiation, the UK will participate in Horizon Europe, the EU’s next major research programme.

All being well, everything should be in place when the first funding calls are issued in the next few months. Once the EU regulation on Horizon is ratified, ink will be swiftly put to paper.

The deal means that, at least for EU research schemes, UK researchers should see few differences post-Brexit. They will still be able to join and lead collaborative bids, compete in the ‘Champions League’ of European Research Council grants and apply for Marie Skłodowska-Curie Actions.

The UK will only miss out on the new European Innovation Council, which provides equity funding for businesses, and on research with security concerns.

This level of participation is a cause for celebration among researchers in the UK, the EU and beyond. It also bodes well for Horizon Europe’s ambition to be open to the world. The UK can be a model for bringing other larger economies on board.

UK participation in Horizon was discussed at every stage of the negotiations, and rightly so. It’s a reflection of the importance—made ever more obvious by the pandemic—of research to everyone’s health, wealth and wellbeing.

This outcome was far from certain. Much as it might have seemed a no-brainer to the research community, the UK has never previously needed to justify its participation in the Framework programme. Billions of pounds each year were at stake.

Perhaps it feels strange to pop champagne corks when all that’s been achieved is something similar to what we had before. But we came close to losing it.

An overall deal was essential to smooth the way. But negotiators also needed to manage uncertainty over the cost of participation, as the net result will depend partly on the UK’s success in winning grants through the scheme.

Costs became a sticking point because years of uncertainty have eroded the UK’s success rate and the fear is that trend may continue. Low success rates could effectively put a ten-figure price tag on the intangible benefits of participation, such as being part of networks and influencing.

This becomes tricky to justify. On the other hand, if the UK wins too much, it could become a problem for the EU.

The deal’s solution is to include the option of a brake on participation if it obviously stops being value for money. If the gap between what the UK pays in and what it gets out becomes too great, both parties can discuss how to fix that.

If things get really bad, the UK can reconsider whether participation still makes sense. Or, if the country gets out significantly more than it puts in, it will need to top up its payments.

These are all reasonable under the circumstances. For now, UK researchers have the certainty needed to get back on course with their EU partners.

The message for the community is clear. The UK is joining the programme, so go forth and collaborate with confidence. Tell your colleagues, convene your consortia and prepare to engage.

UK researchers need to make the most of this opportunity, by applying, joining, leading and winning. The recovery from years of Brexit uncertainty needs to start now, or we risk revisiting the conversation about value for money in a few years’ time.

That’s our side of the bargain. The government’s side is to use diplomatic networks to ensure everyone fully understands this opportunity, at home and abroad. Ministers also need to confirm that participation won’t undermine the existing science budget. Horizon Europe’s cost is not new spending—it’s coming out of money that once went on EU membership.

In the meantime, it’s a delight to consign this article’s expletive-laden ‘no deal’ sibling to the bin of 2020. The fear of that possibility should become a source of energy and enthusiasm for the programme that we fought so hard to be part of. UK research nearly lost its place in the world because of some plaice in the sea—let’s not find ourselves back in those murky waters.