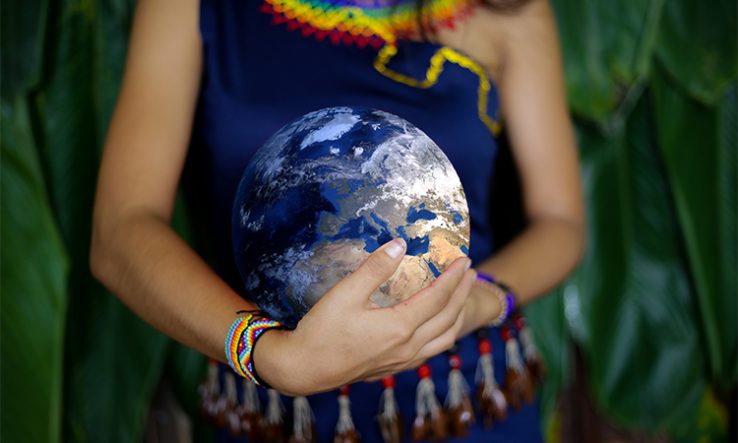 Indigenous peoples are participating in record numbers at the COP26 climate conference in Glasgow. They have come to say what they have been saying for hundreds of years: indigenous cultures and their way of planting, harvesting and conserving forests, land and rivers are essential to our capacity to live together in the future.

The pledge announced at the meeting on 1 November to invest US$1.7 billion by 2025 in supporting indigenous peoples and local communities to protect biodiverse tropical forests, is a recognition of their vital role in preventing deforestation that triggers climate change.

This is a step in the right direction, but it’s not enough. Indigenous people and local communities manage half of the world’s land, containing  80 per cent of the Earth’s species. But they receive less than 1 per cent of the climate funding meant to reduce deforestation, according to a study from Rainforest Foundation Norway published in April.

University research has played a fundamental role in revealing and confronting the climate crisis. Indigenous people across the world are now asking: how can universities help to protect the ways of life and knowledge that are integral to the planet’s survival?

For over five centuries, European colonisers, travellers, researchers and Brazil itself have asked questions about the índios, to give the Portuguese colonisers’ name for the country’s indigenous people. Now, it is time for indigenous peoples, in Brazil and worldwide, to ask the questions, driving research into how we can live through and beyond the climate crisis.

In the Brazilian Amazon basin, most of the intact forests are in territories occupied by indigenous peoples. These include the Kuikuro, who live in the first demarcated indigenous land in Brazil: the Xingu territory. But, while the peoples of the Xingu continue to fulfil their time-honoured responsibility to preserve the forest, their existence is threatened by a federal government that has abandoned its responsibility to protect them.

Since 2019, indigenous peoples in Brazil have become targets of a political programme that challenges their essential and constitutional rights to land, culture and identity. Encouraged by highly charged, often violent rhetoric from president Jair Bolsonaro, threats to indigenous territories have increased massively.

In 2020, there were over 1,000 violent invasions of indigenous lands, with little or no response from the state. That year, Brazil’s Indigenous Missionary Council recorded 182 assassination of indigenous leaders, a 61 per cent increase over 2019.

The UN recognises indigenous peoples as guardians of the world’s most important ecosystems, and points to their decisive role in the debate about the climate emergency. The urgency of these times requires a rethink about all our lives, not least in universities. Indigenous research must become a process of equitable exchange, not knowledge extraction, with indigenous researchers taking centre stage.

“The key issue is to select a method that enables indigenous voices to emerge,” says Lilly Sar from the Centre for Social and Creative Media at the University of Goroka, Papua New Guinea. “Therefore, there is a need to have an ongoing dialogue about intentions, values, and assumptions throughout the research process in any collaboration or partnership.”

She was speaking at one of a series of seminars on indigenous research methodologies, hosted by People’s Palace Projects at Queen Mary University of London with support from the project’s funders including UK Research and Innovation and the Arts and Humanities Research Council.

As part of the fight for climate justice, universities need to rethink their research practices. Indigenous peoples are increasingly under threat; now more than ever they need networks of support and practical partnerships.

Quotas and specific means of support are needed for indigenous people to undertake university studies and research. The future should be protected by young indigenous people. They want to become lawyers, scientists, politicians, journalists, researchers.