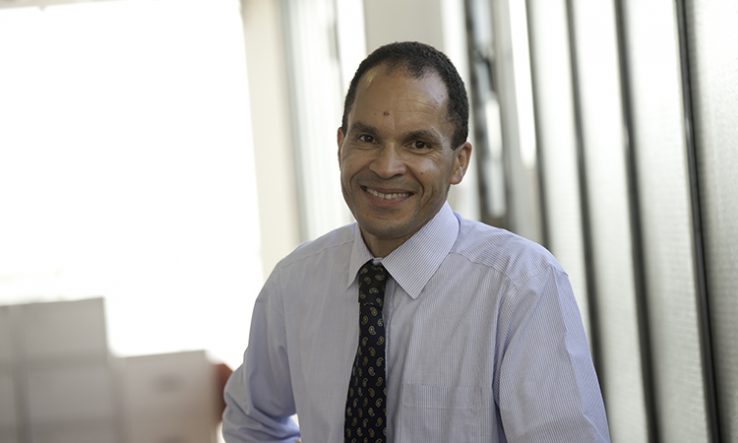 The killing of George Floyd last May sparked an outpouring of emotion and action against racism from people of all ethnicities. Many universities released online statements pledging to redress biases and support Black students and staff. The Covid-19 pandemic, which has hit Black, Asian and minority ethnic communities hardest of all, looks set to widen gaps in health, employment and well-being, which makes the need for action all the more urgent.

The statistics make for depressing reading. People from affluent areas are five times more likely than those from deprived areas to attend a high-tariff university ranked in the top third by entry requirements. Of the 19,868 PhD studentships awarded by UK Research and Innovation in the past three years, just 245 (1.2 per cent) went to Black or mixed-race students, of whom just 30 came from Black Caribbean backgrounds.

White researchers are proportionately nearly 60 per cent more likely to win research council funding than their BAME peers. Grants to people of colour are, on average, 15 per cent smaller. Of the 23,000 professors at UK universities, less than 0.7 per cent (155) identify as Black, of whom fewer than 40 are women, and less than 1.5 per cent (~300) identify as mixed heritage.

Last summer’s outpouring of support was encouraging. But the performative statements and declarations of support on social media have led to little real change. Blackout Tuesday, a protest against police brutality and racism, was a moment, but that’s all it was. Race seems to have become last year’s issue, is seen as too difficult to tackle, or is just a tickbox exercise.

As a refugee of the Nigerian civil war, returning to Bristol in 1969, education changed my life. As a result of my experiences, I wanted to see if a positive difference could be made for disadvantaged Black British students, so last June I launched the Cowrie Scholarship Foundation.

Over the next decade, the foundation aims to give 100 Black British students from disadvantaged backgrounds fully funded scholarships to study the subject of their choice at university, removing the financial barriers that discourage many from entering higher education.

The foundation’s first month was frustrating. I received polite emails rebuffing my advances, along with some academics asking if this was a “Nigerian scam”. On 8 July, I wrote to 38 vice-chancellors and their senior teams. Within 24 hours, Chris Day, vice-chancellor of Newcastle University, replied with an offer to partner with the foundation. This changed the landscape. So far, 11 universities have committed more than £990,000 to cover the tuition fees of 36 students. All UK universities are welcome to come onboard.

The foundation is currently working to attract corporate and individual donations to cover living and maintenance costs. We need to raise £300,000 by July 2021 to match the university offers and fund the first cohort of 12 students.

Of course, this is not a new idea. The Black Heart Foundation, founded by the businessman Ric Lewis in 2000, supports people of colour with mentoring and scholarships throughout their education. In 2019 Stormzy, the first Black British solo artist to headline the Glastonbury Festival, established two scholarships to support Black British students at the University of Cambridge, prompting record numbers of Black, Asian and minority ethnic students to apply to the university.

Stormzy’s Merky Foundation is partnering with the Black Heart Foundation to create a scholarship programme. Such collaborations are vital if we want to advance the progression of disadvantaged Black British students into our universities.

Students need more than financial support. Even though I encountered few other Black and mixed-heritage academics as I came up through the system, I was still fortunate to find mentors who guided me through four decades in education and research. So Cowrie scholarships will include substantial mentoring and resilience programmes.

In return, we expect scholars to give back, to be the catalyst for change in whatever they do in the decades to come. The Cowrie Scholarship Foundation is a long-term initiative that will grow in scale, in which alumni can themselves become leaders and inspirations for new generations of Black British students.

Equality, diversity and inclusivity can only enrich us all. I want the Cowrie Scholarship Foundation to equip the next generation of young Black people with the education to make a difference in their lives, our lives and the world. If that happens, then the education space, for Black lives, will have been transformed.

Richard Oreffo is chair in Musculoskeletal Science and director of the Centre for Human Development, Stem Cells and Regeneration at the University of Southampton