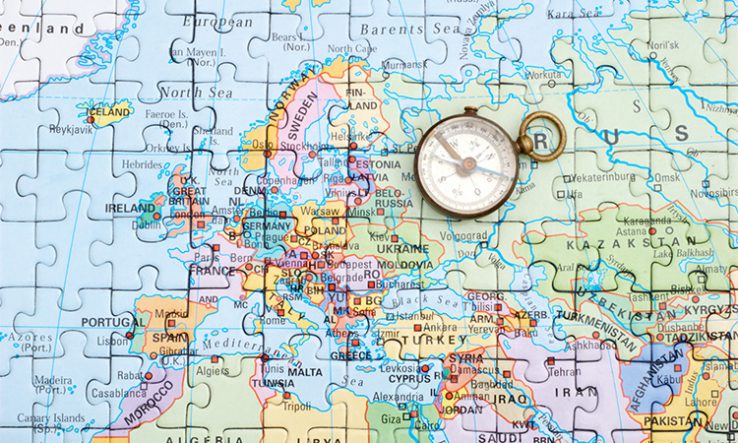 A wave of relief swept over the UK science community when it saw a Brexit deal land at the end of 2020 with Horizon Europe included. Britain will now be a full associate member of the €95.5 billion (£83bn) programme, able to apply for prestigious European Research Council grants, lead multinational collaborative research programmes and even be in the room when policy is decided, albeit without a formal vote. It feels as though the most vital bond in UK-EU science has been preserved.

UK researchers, though, cannot just pick up where they left off. Years of threats and uncertainty around Brexit have done much damage, and the deal leaves many gaps, barriers and shortcomings to future UK-EU working in scientific research and related industries. In the round, it has been a lose-lose, with no discernible advantages.

So where does UK science go from here? How best can the nation drive local growth and extol its scientific prowess but without crude posturing, shunning opportunities, or damaging its role as a scientific team player and team leader? We must think imaginatively about how the UK scientific community can re-engage and resell itself after five years in Brexit limbo. Across Europe in particular, that re-engagement is badly needed. First, though, we need to look at where we are and how we got there.

The vote to leave the EU in the 2016 referendum brought immediate disruption. Horizon 2020 applications and consortia stalled, overseas researchers turned down agreed jobs and others began leaving the UK. The falling pound created purchasing problems, and the uncertainty led to redundancies and freezes in hiring, investment and contract work.

UK science minister Jo Johnson and EU research commissioner Carlos Moedas—both no longer in post—jointly insisted that the UK’s role in Horizon 2020 remained unchanged and there would be no discrimination in grant awards. This reassured scientists on both sides of the channel that there was no threat to current bids, but did little to nix the notion that, looking to the future, UK institutions might not be safe bets as partners or leaders on long-term European teams.

From 2016 to 2020, the UK government constantly undermined its promises to continue participation in EU research programmes, set out in the various versions of the Withdrawal Agreement, with threats to do the opposite. This created constant anxiety about a cliff-edge Brexit, compounded by uncertainty about the future status of EU citizens working in the UK.

After Boris Johnson won the December 2019 general election on promises of an “oven-ready” Brexit deal, concern switched to the end of the transition period in December 2020 and whether wrangling over costs would prevent a trade deal from including access to the new EU science programme, Horizon Europe. That has now been settled, but the years of uncertainty took a huge toll on UK participation in the EU science programme.

The damage goes beyond R&D funding and projects. In March 2019, the European Medicines Agency relocated from London to Amsterdam, taking with it 900 expert staff, a £300 million annual budget and 40,000 business visits per annum. The UK government’s decision to separate from the European Single Market for Medicines has cost various large pharmaceutical companies tens of millions each.

Abandonment of the EU’s chemical regulation, REACH, is anticipated to cost £1bn in re-registrations. Departure from the Galileo space programme was an expensive and tragicomic saga, with the government buying into a bankrupt company that was declared to have the “wrong satellites”.

The still-depressed pound reduces relative salaries; new customs procedures can hold up lab supplies and equipment; many qualifications are no longer automatically recognised by European counterparts; and the end of free movement means more limited stays and work exchanges for scientists. In short, there is a lot of new friction.

Brexit has hurt the UK’s international reputation and left its science community with a good deal of mojo to recover. That recovery should be built upon a surge of engagement.

At the European level, that must include Horizon Europe and Europe-wide science structures. Domestically, the UK must strive to attract top talent. Globally, it should look to engage with and enhance funding and collaboration. The UK also needs to find a new global role on science policy. The political tone of the country matters hugely here.

The UK will fare much better if it can show a strong scientific partnership with Europe as a whole. Posing as a warring competitor with the EU will not serve the UK’s science ambitions at all. Rather, any overt hostility will dissuade collaborations and talent.

The end of free movement has left most of the EU researchers and innovators wanting to work in the UK needing to navigate the new visa system. The Royal Society has calculated that the upfront costs of work and study visas for researchers coming to the UK are up to six times the average of leading science nations. The Francis Crick Institute in London covers visa costs for international scientists and their families, including the NHS surcharge, but this should not be a job for institutions. These costs must be tackled at the national level to bring the UK into line with its international competitors. This is critical both for migrants from the EU, who are not used to barriers, and for easing the path for non-EU talent.

Ending free movement has brought additional limitations beyond the increased cost of migration. The government should review the list of activities that scientists on short-term visits are permitted to undertake.

The end of the UK’s membership of the Erasmus+ student exchange scheme has made the UK still less hospitable to European talent. Helping British students build global networks is not only about exporting them, as the replacement Turing scheme promises to do, but also about welcoming people into our country to forge longstanding international relationships right here on our soil.

If the government is to achieve its ambition to ramp up national R&D spend rapidly, universities, institutes and companies will need to recruit from abroad to fill the extra capacity created. The government’s actions on the global stage, and the image it creates of the country’s attitude towards foreigners, will have a big influence on who wants to come. Perceptions matter.

Build back better? That means going beyond a message of “we’re back, please work with us”. The UK should be showing its constructive intentions towards the broader European Research Area, which already stretches beyond the EU. This could include hosting events on the continent, building new collaborative or policy structures, and launching bilateral programmes and exchanges with Eastern European countries looking to strengthen their research systems. The UK should be open to anything that helps fill gaps in European capacity and signals its commitment to European science’s collective future.

Similarly, the government’s current rhetoric about using Brexit as an opportunity to free regulatory decisions from the EU’s shackles is wrong in tone. Artificial intelligence and new areas in biotech, such as gene editing, need global regulations that citizens the world over can trust. The UK should be aiming to convene such thinking by pulling in and working with the EU, US and other partners. That’s how the UK becomes the science superpower that the government declares it should be. Superpowers build alliances, they don’t seek to shame and alienate their allies.

To that end, we should be employing new science funds to build more global collaborations and exchanges, especially on policy. Such efforts should take place as well as, not instead of, a rebuilding of relations on our own continent. The Covid-19 pandemic—in the clash between vaccine nationalism and the moral and practical imperative for a collaborative global response, for example—has made it clearer than ever that science is pursued and shaped globally.

Domestically, the UK needs to better weave science and innovation into local communities and businesses. Our universities and their pools of postdoc talent should be better linked to the towns around them on consultancy and work projects, helping all levels of the private and public sectors to improve in areas such as data handling and adopting new ideas and technologies.

Science needs to be better infused into our culture, local governance and businesses, to truly make the UK an innovation nation through-and-through. That hands-on contact will also build a nation where the public is more trusting and supportive of science—a key consideration in a rapidly changing world.

The culture of scientific endeavour is something I strongly believe in. I would like to see my country nurture it locally, nationally, across our continent and around the world as a benefit to humankind that is inclusive and collaborative at all those levels.