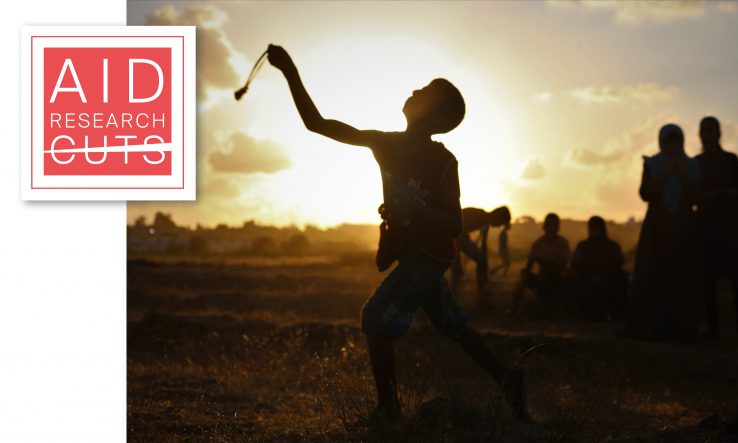 A decade after the Arab Spring, the need to develop approaches to preventing conflict in the Middle East and north Africa is obvious. So our team at Yarmouk University in Irbid, Jordan, was delighted when we were awarded funding from the Global Challenges Research Fund and the Arts and Humanities Research Council to work on just such a project.

The project, which runs from 2020 to 2024, aims to shift the focus of analysis and policy on to questions of social welfare. Social and economic inequalities between and within groups are the most overlooked yet potent drivers of unrest and conflict in the region: tackling them is fundamental to conflict prevention.

In the process, the project will also build an international, interdisciplinary team of research leaders and partner organisations across the Middle East and north Africa. This effort focuses on nine countries that show both a diverse range of approaches to social welfare and many types of conflict: Algeria, Egypt, Iraq, Jordan, Lebanon, Morocco, Palestine, Syria and Yemen.

Our group is one of 13 international partners in a consortium led by the University of Bath. Funding from the UK has enabled the network to support both comparative research on conflict prevention and policy engagement. This fosters international collaborations, builds research capacity and forges a research agenda that builds a bridge between the study of conflict and efforts to advance social cohesion and justice.

Following the UK government’s decision to sharply cut official development assistance, we are now looking at having only one third of the expected budget for 2021-22. We are adjusting budgets and assessing the project’s viability, but such a drastic cut is sure to limit our project’s scale and reach, and may affect partners’ motivation and participation.

The Covid-19 pandemic had already hindered vital research and public engagement. Partners lacking strong digital infrastructure had struggled to shift from face-to-face to online activities. This budget cut, especially coming at such a late stage in the financial year, will double the damage.

The UK government’s decision will be catastrophic for research, human lives and international relationships. It leaves many universities facing difficult decisions on the fate of projects, reduces their ability to collaborate with international partners and hobbles the UK’s role in combating the world’s most pressing challenges.

Forcing researchers and institutions to make cuts to live projects will deter them from applying to UK funding bodies in the future. This in turn is likely to set back progress in building partnerships and relationships between UK universities and institutions in the Middle East and north Africa.

Ayat Nashwan is an associate professor in the sociology department at Yarmouk University, Jordan