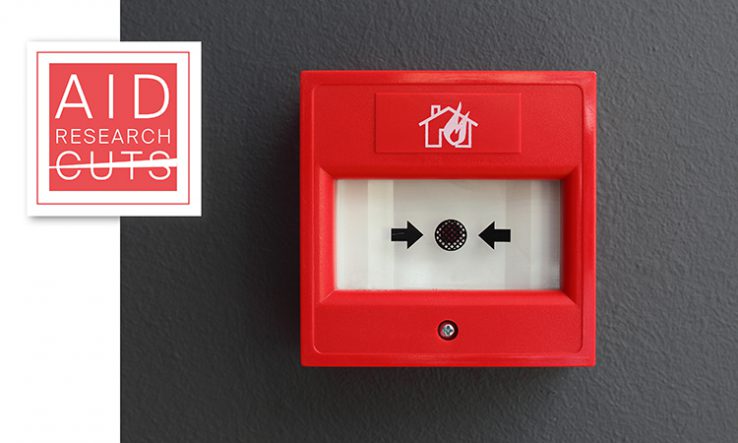 UK universities have faced a tough year, with uncertainty over future funding following the impacts of coronavirus and last-minute announcements on the government’s (minimal) commitments to the Horizon Europe programme.

To add to the uncertainty, Chancellor Rishi Sunak’s decision to reduce overseas aid spending from 0.7 per cent to 0.5 per cent of gross national income has left a £120 million deficit in UK Research and innovation’s research funding for this financial year.

These cuts threaten crucial research, and researcher’s livelihoods, at UK universities and their partner organisations across the world.

In April, the shadow universities minister Matt Western and I heard stark examples of what this means on the ground at a roundtable we organised with university leaders.

At Warwick, a project to allow, for the first time, remote consulting in doctors’ surgeries across Sub-Saharan Africa has been halted just as it had begun to assess the effectiveness of the consultations.

Newcastle University is one of the most exposed to the cuts, hosting two Global Challenge hubs, on water sustainability and river deltas, involving nearly 300 researchers at 90 partners across 24 low-middle income countries. Having budgeted for funding of £8.6m, they are facing a staggering 67.4 per cent cut.

Coventry University reported it has lost three major projects already, on important issues including preventing conflict in countries such as Afghanistan, Colombia and South Sudan. Programmes like the Royal Society’s like Future Leaders: African Independent Research will be cutting the number of scientists they are able to fund.

I have written to business secretary Kwasi Kwarteng to highlight three suggestions, made to me by university leaders, that could help in the short term.

These are to reclassify Official Development Assistant research spending within the UK as ‘domestic’; to allow underspends from Covid-19 research funding to be carried forward; and to deploy the ODA International Climate Fund to support relevant research in UKRI’s ODA portfolio.

These pragmatic measures could mitigate the initial impact of the cuts, but they are no substitute for a longer-term plan. The government needs to commit to covering the full shortfall in funding, to protect livelihoods and research projects. Universities, with their budgets already constrained, cannot be left to fill the gaps.

As well as researchers, the government’s actions threaten Britain’s international reputation for research. Repairing the damage could take many years, when so many promises already appear to have been broken.

The simplest way to solve this problem, of course, would be to restore the foreign aid commitment, which is what a Labour government would do. International, collaborative research ought to be a key part of expanding the UK’s science and R&D sectors.

A version of this article appeared in Research Fortnight