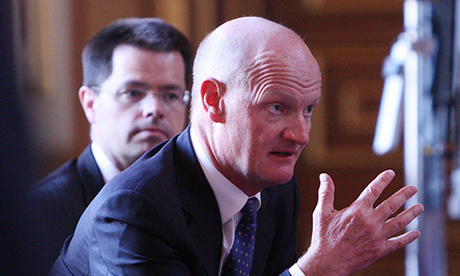 Image: Foreign and Commonwealth Office [CC BY 2.0] via Flickr

New office must get all departments singing from the same hymn sheet, says David Willetts

Prime minister Boris Johnson’s announcement last week of a new Office for Science and Technology Strategy is significant for all who want to see technology properly valued, supported and used across government.

First and most important is the message that the UK can and should have a technology strategy. This is a major advance, as ministers and officials do go through periods of thinking there should be no such thing, out of a fear it will mean picking winners or a belief that technology is somehow deeply unknowable.

In fact, technology is no more unknowable than other areas of public policy. And when government leaves the market to decide the fate of new general-purpose technologies, public funding usually runs out before there is a prototype that would attract commercial investors. As a result, many UK innovations have been left in the valley of death between research and business.

The misapprehensions have already been disproved. When I was science minister, I drew on expert advice from Innovate UK and the office of the Government’s Chief Scientist to identify eight great technologies—general purpose fields with national strengths and global potential, such as big data and regenerative medicine. Almost a decade later, those choices hold up well, and £600 million of public money has yielded massive private investment.

The new initiative, based in the Cabinet Office, is proof that the intellectual battle has been won, and a good thing, too. Now it needs to build on that.

One priority will be bringing together the different exercises in assessing key technologies underway across Whitehall. That will include business secretary Kwasi Kwarteng’s soon-to-be-unveiled innovation strategy, along with others, such as on the security side.

The security imperative is becoming an increasingly important aspect of science and technology. This is partly owing to a recognition that technology underpins national defence and security. It also stems from America’s growing concern about China as a technological rival, which in turn is influencing British perceptions.

This trend is reflected in the broad definition of security in March’s integrated review of security and foreign policy. It is also one reason why Whitehall’s scepticism about government’s ability to invest in technology is in retreat.

One of the new office’s most important tasks will be to strengthen connections between civil and security policy. One Cambridge entrepreneur, for example, was baffled that the security agencies were so convinced of the power of his technology that they did not want it to go abroad, whereas the business department and Treasury were so sceptical about their capacity to assess key technologies that they would not invest in it themselves.

There has to be a place where security and civil commercial considerations are brought together, and the new office can be that place. The challenge is to balance the two.

One problem is that civil experts lack the security clearance to participate in key discussions. Almost any civil technology has potential dual use, and security concerns must not get out of hand.

The Government Office for Science already has an excellent team assessing emerging technologies. The office for strategy can add the capability to formulate and advise on complex policy trade-offs.

For any technology, it will face questions such as: what exactly is the UK’s comparative advantage? Is it so important that we need a domestic capability, even if we are not world-leading? Do we need to own it or would a foreign-owned presence suffice? Is our research genuinely world-leading?

Is this a technology we would not be happy to see bought up by another country? Is developing it going to be so resource-intensive that we need co-funding from international partners?

These questions have not had the attention they deserve. The new office can bring them into the open.

The new office can also get other Whitehall departments to take technology seriously. They have been notorious for cutting back their own R&D budgets, denying them the ability to either shape the development of key technologies they could use, or understand how they are advancing and resulting in poor and very conservative purchasing decisions.

Smart public procurement is one of the best sources of financing for technology start-ups. The UK’s attempts to match America’s lauded Small Business Innovation Research programme with its own Small Business Research Initiative have never really succeeded. This is an opportunity to get departments to run proper R&D budgets and to procure more boldly.

David Willetts was minister for universities and science, 2010-14. His book, A University Education, is published by OUP