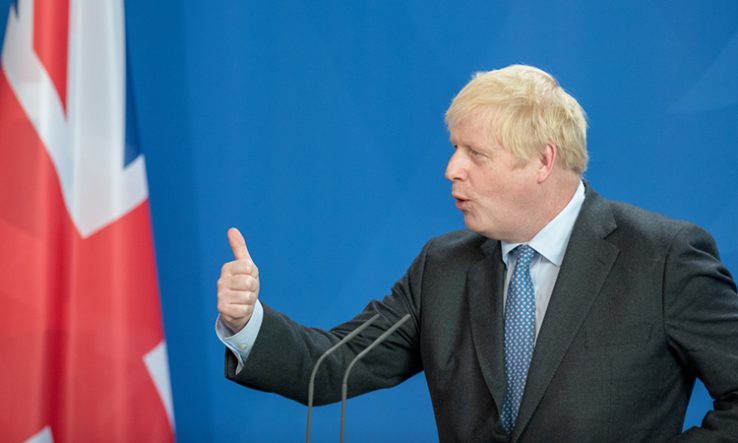 The government only seems interested in the answers it wants to hear, says David Walker

During his marathon evidence session at the Commons’ science and technology committee on 26 May, Dominic Cummings made much of the dangers of groupthink. This allowed him to present himself in his favoured self-image as a dissenter and free thinker.

But Cummings is a hypocrite. His career running the Leave campaign and subsequently at Boris Johnson’s side in Number 10 smothered disagreement and promoted people who said: “Yes, Dom.” The politicians and civil servants forced out of the Conservative party and government departments during Johnson’s premiership are precisely the people Cummings says are needed, because they won’t join the cult.

Cummings’ forebodings over the Covid inquiry promised by Johnson are widely shared. It will be a cover-up, not a learning exercise, because the latter would require integrity and honesty and a system-wide desire to learn from mistakes.

The day before Cummings unburdened himself to MPs, the National Audit Office published a report underlining that regulators have to command public trust—whether it’s in approving medicines or the rules on broadband. That means they have to be impartial and independent.

Impartiality and independence, however, are not hallmarks of the Johnson era. All the evidence from the pandemic is that he prefers a government of pals.

Ministers, contractors and, increasingly, public officials are favoured because they are, in Margaret Thatcher’s phrase, one of us—a Brexiter, a Tory, a mate. There’s little room for freedom to speak up, a spirit of inquiry, or the pursuit of truth.

Hence James Wharton, who ran Johnson’s campaign for the Tory leadership, gets appointed as chair of the Office for Students. And hence Paul Dacre, editor of the Daily Mail for 26 years, as the government’s preferred candidate for the chair of the Office of Communications (Ofcom).

The Mail’s founder, Lord Northcliffe, said the paper’s mission was to give its readers a “daily hate”. Under Dacre, it did a lot of hating—of vice-chancellors, professors, liberals, feminists, intellectuals, Europe and the BBC.

In Johnson’s eyes, that last ‘hate’ makes Dacre an ideal regulator of broadcasting and broadband. Despite Dacre’s rejection by a scrutiny panel established under the rules for public appointments, the government has insisted the entire process be re-run, with him included.

A culture of only listening to the answers one wants to hear is not conducive to science. The OECD recently published a checklist of the features of effective scientific advice. It includes a clear demarcation of advice as opposed to decision-making, communications expertise, willingness to bring in non-scientists and, crucially, independence from political and other vested interest group interference.

The Institute for Government, a UK think tank, sent the same message in a report published in December 2020, calling for scientific advisers with clout and for more ‘red teaming’, where devil’s advocates are tasked with finding weaknesses in proposals.

The best ministers, in other words, encourage their advisers to show independence of mind and rigorous non-partisanship—what were once the core principles of the UK civil service.

So what will happen when the Johnson government’s long march through the institutions reaches science advice?

Science, some may believe, is special, its independence baked in. Selecting a successor to, say, Chris Whitty could not be as politicised as the Ofcom appointment, or the other public sector boards stuffed with political soulmates.

Chief medical officers and chief scientific advisers surely need specific skills and particular forms of experience. Recent appointments of chief scientists at, for example, the Department of Health and Social Care, or Jenny Harries’s move to the new health security agency seem to bear that out.

But among the people with suitable qualifications, ministers increasingly favour those who don’t talk back and will do Number 10’s bidding. The Twitter accounts of applicants for public sector positions are scrutinised for signs of opposition-mindedness.

The latest battleground is the choice of successor to Simon Stevens as head of NHS England. The appointment will be an indicator of how deep cronyism runs in this government’s approach.

Patrick Vallance, chief scientific adviser, told the Financial Times in May that the UK must “stock its arsenal” in preparation for the next pandemic. But it’s not just about biotechnology or clinical trial capacity, it’s whether ministers want science, with all its messiness, uncertainty and challenge, or scientists with intellectual integrity and a commitment to the truth.

On the evidence, they don’t. Independent science advice to the UK government is under severe threat.