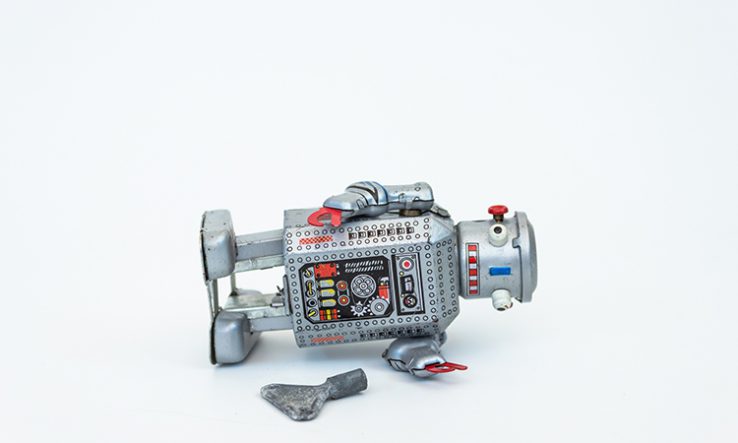 It’s that time of year again, when I like to harness cutting edge, science superpower technology to peer into the future. Here is what 2023 has in store for the research world.

Patrick Vallance files his review of post-Brexit regulatory opportunities nearly a year ahead of deadline. “I’d finished it before Christmas,” he says, “but I was visiting relatives and forgot to send it in.” Vallance identifies trolling and necromancy as growth industries held back by Brussels red tape.

George Freeman changes his twitter handle to ‘@RealScienceMinister’. The Department for Business, Energy and Industrial Strategy plays down speculation that this reflects tensions with Nusrat Ghani, Beis’s other minister for a long list of high-tech stuff. “It’s a shout out for rationality,” busks a spokesperson. “He means he’s the minister for real science, not that he’s the real minister for science.”

Paul Nurse turns out to still be reviewing something. “He’d slipped our minds, what with being appointed two prime ministers and—what, seven?—business secretaries ago,” explains that poor Beis spokesperson. “But an intern got lost and ended up in a room we thought had been mothballed since the pandemic. Nurse was in there, reviewing away like anything.”

Ex-PM Liz Truss takes the helm of the Advanced Research and Invention Agency. “Liz has shown a fantastic appetite for the first half of Aria’s ‘high risk, high return’ remit,” says business secretary Grant Shapps. “And if the second part proves a stretch, it’s not as if she’ll be in charge of the economy. Cutting-edge science never did anyone any harm.”

The Future Research Assessment Programme concludes by recommending double weighting for papers about jetpacks and that impact case studies be submitted in pill form. Its wrap-up event is disrupted by a man claiming to be from the Not-Too-Distant-Future Research Assessment Programme. “You don’t know what you’re unleashing!” he shouts as Research England staff hustle him from the room. Attendees remark the gatecrasher’s resemblance a post-apocalyptic version of former REF-boss David Sweeney.

Ex-science minister Amanda Solloway moves from the whips’ office back to Beis to take up another science brief alongside Freeman and Ghani. Rishi Sunak explains the decision: “My daughter says that if two hamsters aren’t happy together, introducing a third helps them get on. I suspect she’s angling for another hamster, but it’s worth a shot. And for Amanda, sacrificial hamster is a less thankless job than trying to keep Tory MPs in line.”

George Freeman interrupts his holiday to talk to Research Fortnight. “I’m at the beach. From here it’s clear that if I swim out to what looks like the horizon, I won’t have actually reached the horizon—I’ll just be looking at another horizon. And there’ll be another horizon beyond that horizon, and so on.”

There’s not even any made-up research policy news in August.

Aria announces its first tranche of grants. Projects funded include ‘Looking at you versus chewing a brick: Heuristics for decision-making’, ‘Using angry bears to stopper erupting volcanoes’ and ‘What does this button do?’

Katherine Fletcher, MP for South Ribble, joins Freeman, Ghani and Solloway in Beis’s ministerial portfolio. “The idea was for the four to play semi-finals, and the winners meet in a decider,” says a departmental source. This proves a non-starter when Grant Shapps accidentally CCs MPs Mark Fletcher (Bolsover) and Nick Fletcher (Don Valley) and gives them jobs as well rather than admit his mistake.

In a freak accident during at the Culham Centre for Fusion Energy, the Beis six collapse into a single superdense science minister of unimaginable power. “We’re too scared to go into its office, but we believe it’s working on a grant application to Aria,” says a spokesperson. “Something about applying artificial intelligence to research evaluation.”