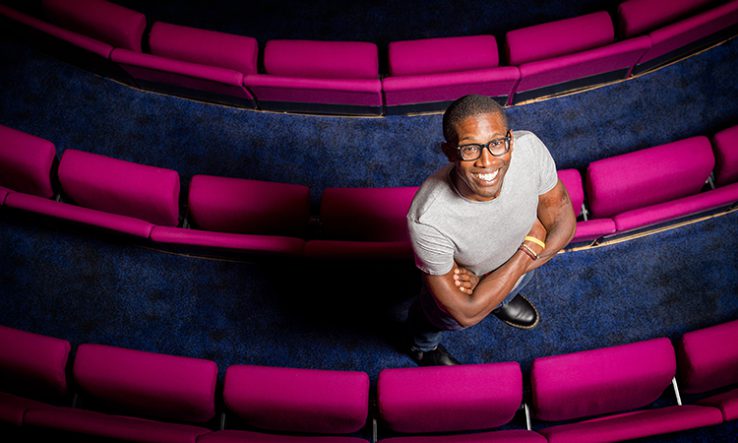 I was doing alright as an academic. When I was in my late 30s, I had just been made a full professor at Imperial College London. I was winning grants, supervising PhD students, and generally enjoying myself.

When I looked 10 years down the road, however, the view wasn’t appealing. By that time, I’d be expected to take a turn at the managerial wheel, serving as head of department, faculty dean or some such.

Many people in these posts were undoubtedly talented, thoughtful and selfless, but they weren’t jobs I wanted to do. It seemed a diversion, not a progression—with the added risk that, due to a lack of formal training, I would harm those I was entrusted to manage.

Running a group was already taking me further from the things that got me into science. If I found time to dig into a spreadsheet, it counted as a treat day. Reading a paper felt naughty.

Alongside the pressures to teach, publish and win funding, academics are increasingly expected to be all things to all people—gurus of room-booking software, experts on health and safety, providers of mental health support to students and colleagues. This is at best inefficient and at worst risks damaging all concerned.

One way to thrive in this environment is to be ruthless, becoming skilled at dodging less glamorous commitments and in extracting the maximum labour from junior colleagues. That didn’t appeal either.

The underlying problem is the assumption that academia is a vocation. Universities generate a ‘you’re-lucky-to-be-here’ forcefield that can make people accept behaviours and expectations that wouldn’t be OK elsewhere. Academia is also hypercompetitive, so if you’re not willing to put up with something, someone else will. That gives institutions and bad actors little reason to change.

For Black researchers, and others not cut from the traditional template, academia contains extra barriers and burdens. My experiences after Imperial at the University of Manchester—which began with the university vice-president taking issue with a radio interview in which I described UK science as institutionally racist—have been well-documented. I felt I got little support from a key person in my department and eventually filed a formal complaint.

I sensed that some colleagues felt academia was so obviously meritocratic, and universities so obviously liberal, that they couldn’t also be racist. The institution seemed most interested in protecting its reputation. Even now, I feel let down, if not surprised, by the university’s attempt to frame me as an unwilling participant in efforts on equality, diversity and inclusion, and by its efforts to bolster the reputation of the vice-president.

Ultimately, I wanted a job, not a vocation. So late last year, as the pressures came to a head, I stepped back to think about what would be best for me and my family. In the medium term at least, I couldn’t see universities improving.

Since June, I’ve worked for Jacobs, a consultancy offering engineering and scientific services. As well as the things pushing me away from academia, there were definite pulls, primarily that Jacobs seemed like a company that wanted to allow scientists to be scientists. A lower salary also seemed like a reasonable price for improved work-life balance, and to get back to working directly on important scientific problems.

I had worked in the private sector post-PhD, so it wasn’t such a leap into the unknown. I miss teaching, but I’m still advising some of my PhD students from Manchester and Imperial, and I can teach and mentor within the company. I write and review papers, and can continue with my public-facing work, whether that’s about Earth science or racism in science.

Don’t get me wrong, the private sector is not perfect, and certainly not a paradise of diversity and inclusion. Companies are on their own journey: some people genuinely want things to improve, and some don’t care. But the balance of expectation is more equal: Jacobs doesn’t think its duty of care to me, and other marginalised colleagues, ended when it gave us jobs.

This is my personal story, not a guidebook for choosing a career. Nor do I know what it would take to fix academia, although I think that anything that helps reduce bureaucracy, without compromising governance to protect the least powerful, would be worth looking at.

I do know, though, that if employers don’t look after their people, they’ll want to and may move.