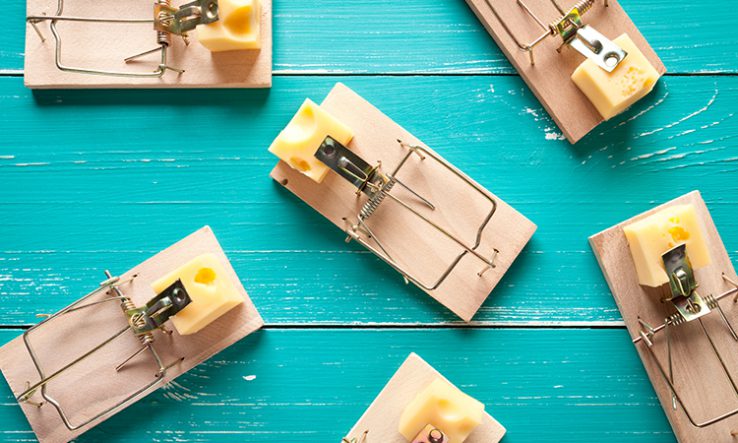 One thousand and two days ago, I sat in the front row of the audience watching the then prime minister Theresa May give the introductory speech at the launch of the so-called ‘Augar Review’, named after its chair, the softly spoken and incredibly mild-mannered Sir Philip Augar.

The first major review of both higher and further education since 1963, correctly titled the ‘Post-18 Education Review of Education and Funding’ had loomed large over much of my tenure as universities minister. It was easy for me then, back in early 2019, to say I couldn’t possibly pre-judge its outcome. But in the lead up to its publication, the machinery of government whirled behind the scenes to attempt to launch a government response on publication day, 30 May 2019.

Just a few days before that, the prime minister had announced her intention to stand down in July: the hunt was on for a big legacy announcement. Despite much number-crunching, no settlement could be agreed in time. Everyone tacitly knew that an outgoing prime minister would have no mandate to enact, let alone legislate for, such sweeping changes.

The government response—and the future sustainability of higher and further education—would have to wait for another prime minister, another government. Little did I realise that, after another general election, a pandemic and two further education secretaries, having first read the review aged 37, I would hit 40 before I found out what course the government would eventually decide to take.

On first impression, it appears that the government has rowed back from what seemed to me a hardline confrontation with universities. Three years ago, the headline changes being considered included a reduction in tuition fees to £7,500, the abolition of foundation years, and a minimum entry requirement to university of 3 D grades at A-level.

The combination of these would not only have been disastrous for the sustainability of higher education, it would have almost certainly reduced social mobility and hit those from the most disadvantaged backgrounds the hardest.

Instead, we now have fees capped at the same level for the next few years, a reprieve for foundation years, and, while minimum entry requirements are still in the mix, a consultation will allow for a discussion over whether entry-level restrictions should be set at all, on what basis and where exemptions should be created (in other words, the government still hasn’t made up its mind).

The sector should breathe a sigh of relief that three years on, the dog’s bark was far worse than its bite. Of course, coverage will focus on the retail side of student loans—or should that now be effectively termed a graduate tax?—with the repayment threshold falling back down to £25,000, the interest rate on the loan being reduced 3 per cent to just RPI, and the repayment term being extended by 10 years.

Whatever the merits or demerits of the repayment system, of who benefits and who does not, they were always going to be swept aside by the massive tidal surge of unpaid student debt, now standing at more than £141 billion, with forecasts that it will rise to around £560 billion over the next 30 years.

And after the Office for National Statistics declared in late 2018 that student debt should be placed back on the government’s balance sheet and counted towards the deficit, action to reduce it was always on the cards.

The truth is, 10 years on, despite student fees and loans having allowed a revolution in access to university through removal of the inequitable cap on places, the complex loan system has made it difficult to demonstrate this success.

Clawing back debt that would have been written off at a cost to the taxpayer is a sensible move—whether it will be enough in the longer term is a different matter—but it cannot be allowed to threaten the progress that has been made on increasing the numbers of people going into post-18 education.

And yes, I mean post-18 education—not just university. These reforms will fail unless they lead to a tertiary system that is flexible in time and place, allowing students across their adult lives to move between further and higher education, and from one city to another, and to take courses and modules that can lead to a degree, rather than simply offering a one-size-fits-all three-year course.

Personally, I cannot see how we can achieve this vision without a return to grants for some of the most disadvantaged. After all, if we accept that some loans will be written off, why not front-load this cost through grants for those in need?

Perhaps, three years on, we have other challenges. The minimum entry requirement consultation appears to be the next to tackle, but I would caution that several other traps lie ahead—for both government and universities. Neither can afford to misstep.

For the sector, coming out openly against the need for prospective students to gain a pass grade at GCSE English and Maths to attend university risks losing popular support, given that this is already the threshold to be accepted onto a basic apprenticeship.

Rather, it should embrace the challenge by advocating for a different kind of MER—a minimum exit requirement that would commit universities to ensuring that every student had passed their GCSE Maths and English as a condition of their graduation.

Meanwhile, the government cannot afford to lose the aspiration narrative. Advocating for student number controls based on an arbitrary grade threshold threatens to exclude aspirational students from red wall constituencies who want to attend university. It also pitches the government against students who have faced incredible hardship, through mental health issues, or as victims of abuse, including young carers and those from care leaver backgrounds—students who failed to make the grade through their backgrounds rather than their abilities. It would be a brave minister indeed who chose not to tread lightly on their dreams.