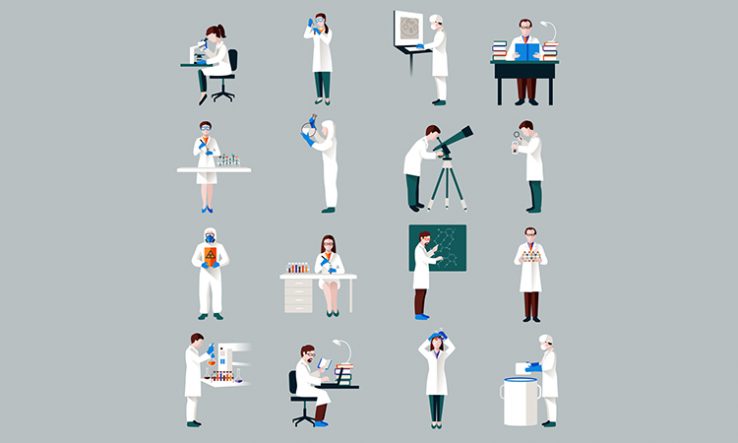 Science is increasingly organised around larger and larger teams. This shift has created a growing need for supporting team members with specialised skills and often produces PhDs who specialise in these supporting roles. These scientists provide expertise in areas such as bioinformatics, nanotechnology fabrication, electron microscopy, statistics and data analytics, sometimes for a particular lab and sometimes in shared core facilities.

To quote a 2012 report from the US National Institutes of Health, supporting scientists have “exquisitely developed technical skills and a scientific conceptual framework and depth that could play an invaluable role as career staff scientists and creative team members”.

The structure of academic careers, however, does little to encourage, deepen or sustain these skills. Supporting scientists do not lead their own projects, and may never be lead or corresponding authors. The metrics used to evaluate faculty may not capture their contributions, and they may be excluded from the reward structures of science, including, critically, the chance for stable employment and the respect of their peers.

Many find themselves on a succession of short-term postdoc grants, facing a perpetual career limbo that reinforces status inequalities, dampens motivation and breeds dissatisfaction with careers in science.

A feature, not a bug

In the United States, for example, the number of postdocs with independent funding has remained constant over recent decades, while the number supported under someone else’s project funding has grown dramatically. A 2018 study found that, in fields as diverse as astronomy, ecology and robotics, more than half of scientists now spend their entire careers working in support of other scientists’ projects. Half of these supporting scientists had left the field within five years.

Similarly, a survey of postdocs trained at the European Molecular Biology Laboratory since 2013 found that only 30 per cent were principal investigators five years after finishing their postdoc, down from 44 per cent for those trained between 1997 and 2004, with a concomitant growth in those entering non-PI academic roles.

This lack of permanent positions for postdoctoral researchers is widely seen as a major shortcoming of the current science system. There are concerns about an over-supply of PhDs, their difficulties in finding positions as independent tenure-track faculty and their premature exit from academic science and engineering.

Too often, this debate reflects an outdated model of scientific work organised around an individual principal investigator with apprentices being trained as their replacement. Such a view is seen, for example, in proposals to limit postdoc positions to five or six years, apparently in the belief that a research career is a choice between fighting for a faculty position or leaving academia.

Support for supporting scientists is a key need that is unmet in the current system. These scientists are marginalised or invisible in policy debates. Government science policies and university practices have not adequately responded to the growth of team science and the changing characteristics of the scientific workforce.

We desperately need policy changes to integrate and regularise supporting scientists’ careers: to support their training, put in place stable funding mechanisms and provide proper recognition. Such changes would also highlight the critical nature of supporting scientists’ work and increase the visibility and prestige of this career path. We propose a set of initiatives focused on three major points of intervention: training; careers and job stability; and recognition.

First, as more of the PhD workforce moves into supporting scientist roles, there is a need to develop new training grant models designed to develop supporting research scientists, alongside future principal investigators. Some of this change is already baked into the structure of contemporary labs, which depend on early specialisation among graduate students to promote the productivity of the PI’s overall research stream.

To further their training, more travel grants and visiting positions should be available to these young supporting scientists to enhance their skill development, as cutting-edge techniques are often best learnt directly from an adept researcher in another lab. In other words, graduate and postdoctoral training should recognise that team science needs a supply of supporting scientists.

Second, a career system that depends on showing ‘independent’ contributions and ‘research leadership’ is ill-suited to the roles of supporting scientists. We need mechanisms for converting a greater share of supporting scientists from postdocs into permanent staff positions, after a suitable probationary period. This should include creating a career ladder similar to the tenure track for faculty.

This recommendation also requires shifting the funding environment to enhance job stability for supporting scientists. Many funders’ grants include a portion for indirect costs; one option is to broaden the use of these costs to support staff scientist positions, recognising these researchers as the soft infrastructure of the university’s research enterprise. This would probably involve renegotiating the allowable size and scope of such costs to account for the need for this soft infrastructure. Creating such alternative, stable funding streams will help supporting scientists avoid getting stuck in project-by-project temporary contracts.

We also recommend expanding funding for core facilities: funding supporting scientists working at centres that provide, for example, data analytics, bioinformatics or nanofabrication services for other people’s projects. A 2020 survey of life-science facilities in Europe found that one of their major challenges is a lack of qualified staff, attributed to a lack of good career opportunities under current funding models.

Funding agencies and review panels need to be more aware that the experienced researchers working at these facilities and in individual labs are a crucial resource, and that what is being funded is the critical skilled services they provide for PIs’ projects. Hence, funding panels in general should be more receptive to grant applications that include money for supporting scientists.

Funding also needs to be reformed to allow supporting scientists to generate their own grant stream. One good example of this is the US National Cancer Institute’s Research Specialist Awards (R50). Launched in 2016, these provide funding for five years of salary, as well as travel funds, for 50-60 scientists, with the grants being renewable. This type of programme should be expanded to cover more funders and disciplines.

Credit where it’s due

The lack of planning and coherence inherent in scientific careers based in short-term grants is bad for both the researchers and for science as a whole. In contrast, permanent positions can give researchers time for more general learning of the tools of their trade, skills key to advances in scientific techniques and instruments. Breaking from project-by-project thinking to allow for more long-term planning of training and careers would improve the lives of supporting scientists and encourage institutions to invest in their training and development.

The goal of these reforms is to modify the university work environment to better match postdoctoral career opportunities to the realities of the contemporary organisation of scientific work. Our proposed policy changes will create a place in the university’s research organisation for building and supporting a skilled scientific labour force that can provide the foundational human capital infrastructure for accelerating the pace of scientific discovery.

This also seems to be the scientific community’s preferred option: in a 2015 Nature poll, 77 per cent of respondents saw more staff scientist positions as the best solution to the employment bottleneck for postdocs. Only 4 per cent approved of limiting postdocs to a maximum of five years.

Our proposals require rethinking scientific careers to better reflect the changing nature of scientific work and recognise the need for maintaining and supporting the skilled workforce that does much of that work. We need to recognise that the goal for many scientists is a secure research position, not necessarily a professorship.

Such supporting work should not be treated as a second-class option, or as a temporary activity on the way to a tenured professorship, but as a lifelong career—even a vocation. The development and nurturing of supporting scientists is vital to
the productivity and creativity of the contemporary science system.