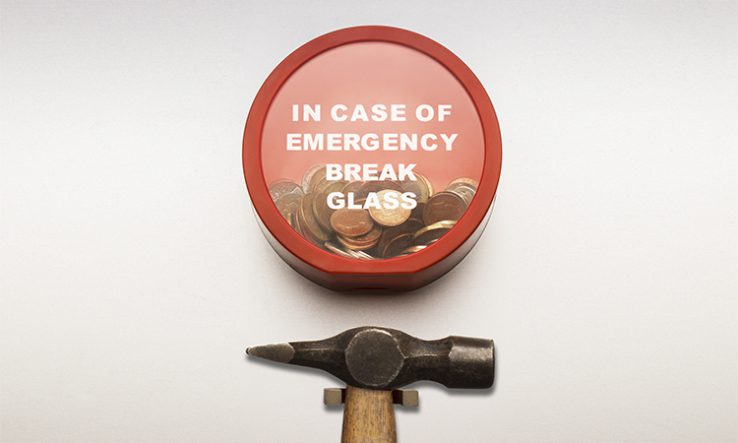 On 17 May, the government announced to parliament that it is planning to bring in legislative measures allowing it to revoke parts of the Northern Ireland protocol. The EU research commissioner Mariya Gabriel was swift to respond that UK association to the Union’s flagship research and innovation programme, Horizon Europe, will not be possible while the dispute persists.

Despite the heated language, it will take many months for legislation to make its way through parliament—never mind a decision over whether and how to use the powers granted in the bill. Very likely, we will still be talking about this in 2023.

Meanwhile, research is well and truly stuck. Politicians in both London and Brussels seem relaxed about the impasse’s effect on scientific collaboration, apparently feeling no political pressure to compromise for the sake of science.

Each blames the other for the damage to Horizon Europe. This is despite worthy attempts on both sides of the channel to raise the issue and emphasise that decoupling science agreements from broader relations would be a win-win for both ‘sides’.

So where does that leave research in the UK? The science minister George Freeman has repeatedly said that while association is Plan A, he also has a Plan B in his pocket. For me, now is the time for Plan B.

There is an alternative

Plan B may not be as great as Plan A, but right now we have Plan Neither. No one knows what future arrangements to work towards, and despite UK Research and Innovation’s assurances that UK winners of European Research Council grants will be fully supported, the uncertainty is killing collaboration just as effectively as non-association would—but without the benefit of any new UK programmes to pick up the slack.

In 2019, the government asked Graeme Reid and Adrian Smith to recommend options for such programmes. They proposed an extensive list, including a flagship scheme for attracting exceptional researchers, and an ‘Agility Fund’ to invest in emerging international research opportunities.

More recently, Universities UK has produced its own suggestions, including ongoing support for winners of European grants, block grants for universities to make up for missing EU funding, and a longer-term menu, including schemes to attract and retain academics and promote international collaboration.

These are all good ideas—so what are the highest priorities?

UK participation in Horizon Europe would cost roughly £1 billion per year, and the Treasury has set aside the full amount to be spent on any new package of measures. I’d propose using the £1bn to create three funding pillars.

The first would be a continuation of the present commitment to fund UK research groups that are part of winning European research consortia. This is the key priority for most researchers. To cover the historic level of UK success in EU excellence-based programmes—the European Research Council, Marie Skłodowska-Curie Actions and Research Infrastructures—would take roughly £250 million per year.

The collaboration-building aspect of EU programmes is much appreciated. So, as well as enticing research leaders to the UK, we should support them to build and lead international teams. We can make this explicit by awarding big grants and allowing up to half to be spent outside the UK, unlike traditional research council funding.

The third pillar would recognise that, over the past decade, funding for standard grants from the seven research councils within UKRI has eroded badly in real terms. In my own field of physics and many others, European grants have allowed UK universities to stay internationally competitive despite this decrease.

If those European grants go, we’ll need to bolster the research councils’ core programmes to fill the gap: £400m per year would allow a 10 per cent uplift in research council budgets for curiosity-led research—a long-overdue correction to years of constraint.

We can all agree that what we’d really like is association to Horizon Europe. But every passing month just emphasises that Plan Neither is the worst of all worlds. Time to get Plan B out of your pocket, minister, share your thoughts, and allow the research community to help co-develop the best way forward that we can.

John Womersley is a visiting professor in the Department of Physics, Oxford University, and a former chief executive of the Science and Technology Facilities Council