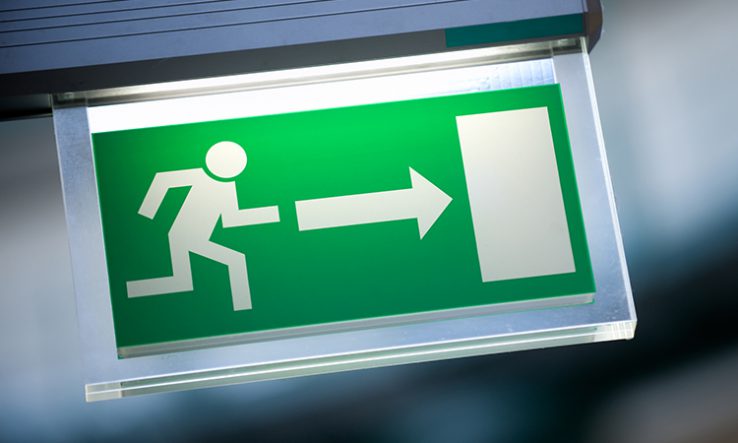 Many British scientists still cleave to the ‘good chaps’ theory of government. A word in Adrian’s ear gets the ball rolling; lunch with Julia at the Reform Club sets things straight. The phrase was coined to capture how the British establishment worked: through tacit understandings, not formal rules and processes.

It’s the world of CP Snow’s Strangers and Brothers sequence of novels, published between 1940 and 1970, where panjandrums move smoothly from lab bench to the corridors of power. Until recently, there was some truth to it: while establishment access never guaranteed R&D funding, science had influence across a wide swathe of policy.

Boris Johnson laid waste to this world. His government was a court, powered by patronage and prone to sudden disappearances, like that of Dominic Cummings, once Whitehall’s most influential science influencer.

As for lunch with the permanent secretary, they’ve probably only been in post a matter of months and, like other senior civil servants, are now both marginalised and obsequious—and at the same time seen by ministers as recalcitrant remainers bent on thwarting the government.

For Johnson, science was about putting on a lab coat for a photo op, or dragooning a boffin into providing cover at a press conference. For every other issue, the calculus was banal: would science provide short-term political advantage or ideological ammunition?

When the future of UK science, as symbolised by participation in EU programmes, came out on the wrong side of that equation, the result was predictable. Science vs the Brexiteers would only ever have one outcome.

In the upper reaches of the Royal Society and the Campaign for Science and Engineering, many still cling if not to the good chaps theory, then to a belief in sweet reason. Empirical arguments persuade; politicians and voters can be won over.

Official science is still polite, because chaps are polite. When Patrick Vallance calls, Nobel laureates scurry to answer. God forbid that anyone should tell him in public that his quest to make the UK a science superpower is guff when we’re going to find ourselves shut out of Horizon Europe.

When a Johnson vanity project such as the Council for Science and Technology met, grandees came. No boycotts were called, no ministries picketed. Instead of being treated as pariahs, defending the indefensible, science ministers are fawned on, their utterances treated as oracular.

Many will be hoping that Johnson’s departure will restore good-chaps government. They are likely to be disappointed.

More of the same

Candidates from the Tories’ Brexiteer wing, such as Suella Braverman, offer a continuation of the culture wars and Brussels-bashing with a return to state-shrinking and austerity, and a side order of climate scepticism. Even if the next prime minister does not come from that faction, he or she will need to appease it.

Faced with this, the science lobby can say that the future of UK science is the future of the UK until it is blue in the face. Its problem will remain the practical one of making the government pay a price for abandoning research.

It has no equivalent of blocking the streets of Westminster, campaigning or mass marketing to tilt public opinion or the result of a by-election. Yet the British system depends on collaboration.

Whitehall relies on the importation of knowledge and the willing participation of outsiders. It entices and controls through the honours system, and by grant-funding the Royal Society and British Academy. Research England and the Research Excellence Framework depend on huge amounts of voluntary effort.

All this could be weaponised. But science would have to get down and dirty. Those who think such tactics uncouth should reflect that politics has changed: Johnson has made lawbreaking and lying norms at Westminster.

The political scientist Albert Hirschman wrote that, faced with a crisis, our options are loyalty, voice or exit: knuckle down, speak up or get out.

Loyalty is for civil servants. Voice is expensive, and science, as universities are finding, struggles to shout louder than the right-wing media.

That leaves exit: either literal, taking research abroad, or figurative, withdrawing internally so government science can’t work. Johnson may be going, but that option needs to stay on the table.