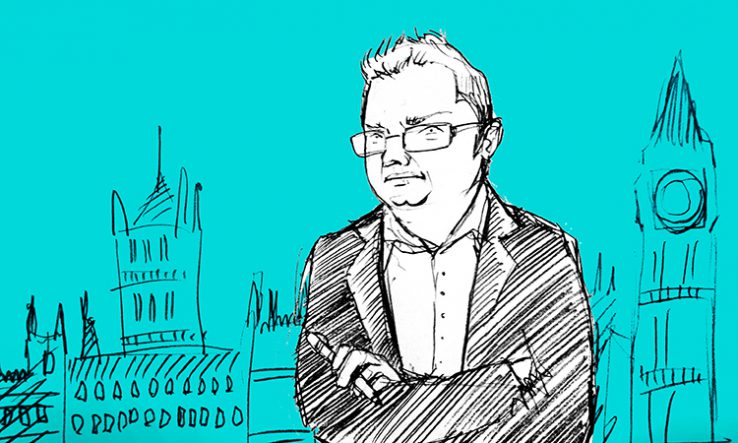 The drama began at 6pm last night with the resignations—within the space of 10 minutes—of chancellor Rishi Sunak and health secretary Sajid Javid in the wake of the Chris Pincher affair. After an evening of fierce speculation, and in time for the 10 o’clock news, Nadhim Zahawi was announced as the new occupant of 11 Downing Street, with Michelle Donelan promoted to secretary of state for education.

It had been reported that Johnson wanted to make Liz Truss chancellor, but Zahawi was threatening to resign unless he was given the Treasury brief. Rather than risk another senior loss, Johnson folded to Zahawi’s demand. That has since been denied by Zahawi himself.

For several hours yesterday evening, Boris Johnson’s premiership hung by a thread as Westminster observers waited for more ministers to resign. They still could, but for the moment the prime minister seems to have managed to cobble together a cabinet that might see him through to the end of the week.

At one point, the situation looked so grave for the prime minister that it would have been no surprise to hear news that Dilyn the dog had resigned from his duties and Volodymyr Zelensky had quit as Johnson’s pen pal.

Zahawi and Donelan were notable voices in support of Johnson following the confidence vote in which 148 members of the Conservative parliamentary party withdrew their support from the prime minister. The loyalty of the pair from the Department for Education has been rewarded.

They could be the shortest-lived chancellor and education secretary in British political history. In terms of the education brief, that dubious honour is currently held by Conservative MP Richard Law, who was interim education secretary at the end of the war for two months and two days before the 1945 general election.

Johnson will be hoping to make it to the parliamentary recess on 21 July and so wriggle free into the weeks of summer and then on to the October party conference. The event in Birmingham has just taken on a new significance for the under-pressure prime minister.

However, it is not just Downing Street that is reeling this morning. Universities in England have also been thrown into confusion.

Only last week, the vice-chancellors’ group Universities UK wrote to Donelan to tell her that “an important line had been crossed” in her instruction to universities to disengage with Advance HE’s Race Equality Charter. The wisdom of that move now does not look as sound as it did last Thursday.

If there is one cast-iron rule of higher education, it is that there is no situation so bad that it cannot get worse. Donelan has now moved from the further and higher education brief to running the whole of the Department for Education and universities in England this morning are without a minister.

We assume that Donelan will be retaining the services of Iain Mansfield, her special adviser, who was also written to by the vice-chancellors. Mansfield may be moving with his big box of ideas to a corner office in 20 Great Smith Street.

It is now a nailed-on certainty that the Higher Education (Freedom of Speech) Bill will make it onto the statute books once the Lords have had their say. And there may be more where that came from.

Then again, Johnson might fall before Donelan has the chance to book her summer holiday at the Department for Education. Rumours are circulating that the 1922 Committee of backbench MPs could be set to change its rules to allow for another vote of confidence in the coming weeks.

We have long since stopped making predictions about the end of Johnson’s time as prime minister. Yesterday’s double resignation of senior cabinet members is only the latest in a long line of seismic events that would have sunk any other premiership.

Finally, the British people will have someone in the Treasury who understands the true cost of heating stables.

Zahawi spent nine months and 20 days as education secretary. His primary achievement in the role was not being Gavin Williamson.

He found time to stoke the fires of the culture wars, expressing views on statues and the GCSE poetry curriculum, but he failed to address post-pandemic catch-up in schools, chronic underfunding in further education and gathering storms in our universities. He did give the appearance of running a tight ship, although the bar of expectation in this respect had been lowered further than the Mariana Trench by Williamson’s time in the brief.

The Skills and Post-16 Education Bill, which preceded Zahawi, was guided over the line and the free speech bill was saved from the dustbin of legislation to ride again in this parliament. However, Zahawi’s primary role as education secretary was as a senior cabinet member prepared to tour the television and radio studios to defend the behaviour of the prime minister, no matter how bad it got.

He will now move to the Treasury, but do not expect his time at the Department for Education to leave a trace on Zahawi consciousness. He will not be moving into Number 11 with any innate sympathy for the funding challenges of education and universities.

It was Zahawi who, in his nine-month stint at the education department, managed to finally get a government response to the Augar report out the door. Not that it was particularly welcomed by universities, with tuition fees frozen for at least the next three years and threats made to cap the number of students going to university.

There might be better to be hoped for in terms of science and research. His short spell as vaccine minister brought him into direct contact with the benefits that UK universities can offer the country.

Science policy and funding should be fixed for the next three years following Sunak’s spending review. Who would be prepared to bet that Zahawi will last three years in the Treasury?

Meanwhile, the odds are shortening on science minister George Freeman being the next member of the cabinet to jump. Unlike Zahawi, he has previously found it difficult to defend the indefensible while looking into a TV camera.

While a total of 10 members of the government resigned yesterday evening, we should not forget the root cause of this latest crisis—the ever-changing story on what Johnson knew of allegations of sexual misconduct related to Pincher. It is the latest—and in the age of #MeToo, extremely serious and little tolerated—allegation to land on Johnson’s desk.

Such poor judgment has certainly brought down executives in other walks of life. Sunak and Javid have decided that enough is enough; Zahawi and Donelan have shimmied up the greasy pole as a result. Who would now rule out a Donelan run for the Tory crown when that opportunity finally arises?

Universities watch agog, waiting on what today will bring.

A longer version of this article appeared in this morning’s 8am Playbook, a premium service for subscribers. For a personal email copy of the Playbook, please fill in this form and add 8am Playbook as the subject.