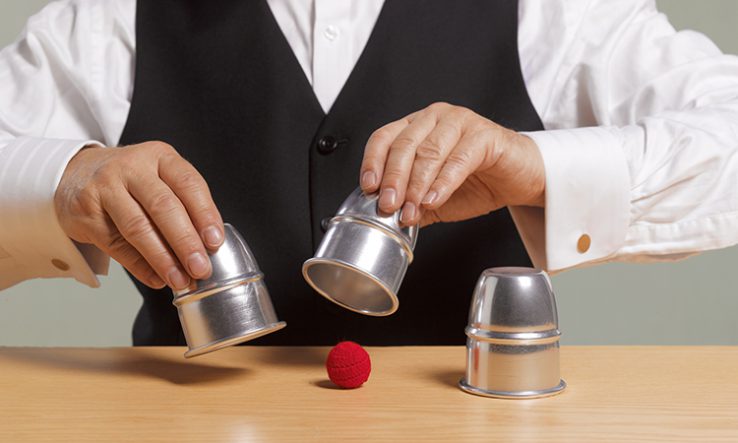 Employers’ stance on pay and status is an attempt at misdirection, says Caleb Day

Postgraduate researchers produce world-leading research that universities rightly champion. In return, we are routinely underpaid and overworked—or, in many cases, charged substantial fees for our labour.

Growing financial insecurity compromises the sustainability and equity of postgraduate research, making doctoral research increasingly inaccessible to people​ without independent wealth, especially if we are disabled, migrants or caregivers.

In response, many PGRs are organising. This month, 9,800 and counting have signed an open letter calling for inflation protection for PhD stipends and other cost-of-living support. Also ongoing is the PGRs as Staff campaign, inspired by the example of other countries, prompted by grassroots organising during the pandemic and now resourced by the University and College Union (UCU).

The national oversight body UK Research and Innovation has recognised that there is a problem. To “ensure that postgraduate research in the UK remains sustainable, open and attractive to a wide range of candidates”, it is consulting on a ‘new deal’ for postgraduate research on behalf of the government.

Perhaps unsurprisingly, employer bodies oppose substantial change to the status quo. The Russell Group of research-intensive universities argued against giving PGRs staff status in its May submission to the UKRI consultation. Universities want to minimise their costs, and postgraduates are currently cheap labour.

More surprising was the group’s claim that staff status would be against PGRs’ own financial interests. It said the staff salary envisaged would “actually result in a net loss of income for a PGR currently receiving a £16,062 minimum stipend once tax, national insurance contributions, pension contributions and council tax are considered”.

However, these calculations contain many oversights and assumptions that PGRs know cannot be ignored or assumed.

The Russell Group compares the UKRI standard stipend, after its planned October 2022 increase, with a minimum-wage salary of 35 hours a week. But not all postgraduates get a stipend—whereas if doing a PhD were a staff role, we would all be paid.

It also ignores the long-term benefit—but not the short-term cost—of pension and national insurance accruals. The same goes for other benefits that go to staff but not students, such as childcare support, parental leave, relocation costs and universal credit.

A working week of 35 hours also seems optimistic. The average PGR works 47 hours a week, and graduate teaching assistants report working double the hours for which they are paid.

Most jarring is the Russell Group’s assumption that postgraduate research is a minimum-wage job, given that Universities UK calls us “the world-leading researchers and innovators of tomorrow” and one of its “leading strengths”. Academic staff earn union-negotiated pay rates well above minimum wage. Some Russell Group universities pay at least the real living wage to even their lowest-paid workers.

The calculation also assumes PhD research ends when funding does. Most PhD projects last longer than their grant—a truth institutionalised in the notorious unpaid “writing-up year” that produces so much financial and mental insecurity.

The Russell Group calculation also deducts a full Universities Superannuation Scheme pension contribution, ignoring that only staff paid at grade 6 or above qualify for this pension scheme and that many lower-paid staff opt out of pensions. Finally, it assumes that PGRs do not already pay council tax—that we live only with other PGRs.

Calculating a take-home income that is lower than the postgraduate stipend come October, then, requires some torturous financial gymnastics. This is not the same as genuinely comparing the current model with the staff model in other countries, which is being proposed here. I would be concerned if one of my students produced such a misleading, misdirecting analysis for their foundation-year social science research.

PGRs know that we need and deserve a lot better than either our current low and unequal stipends or the Russell Group’s scenario for minimum-wage employment. Dissatisfaction with the status quo is why so many have signed and shared the open letter.

It is also why many support a staff model for our funding, as reported in the UCU submission to the UKRI consultation. That submission was written by PGRs, based directly on our views and gathered through an extensive survey and focus groups. We are being vocal and honest about our interests, while employer bodies try to disguise their own interests as ours.

Caleb Day is a postgraduate researcher in theology at Durham University, a foundation studies tutor and part of the PGRs as Staff and PGRs Against Low Pay campaigns