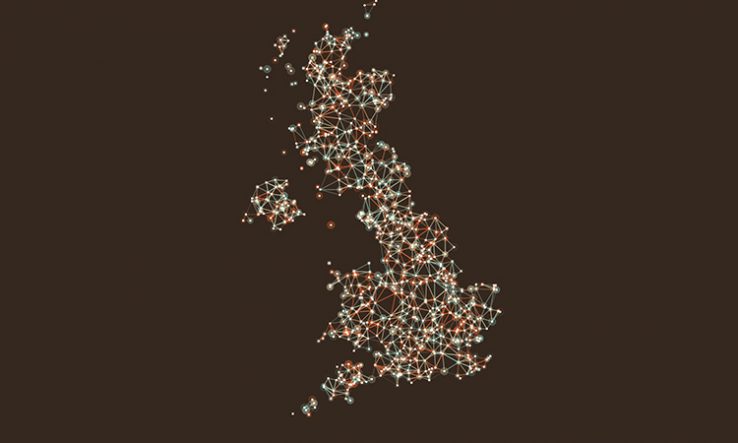 February’s government white paper on levelling up was a good starting point for a debate on the damage caused by socioeconomic inequality and the importance of a more place-based, inclusive strategy for growth and prosperity. But plans for a more balanced country are still very vague.

New prime minister Liz Truss has promised to appoint a levelling-up minister, but has not revealed detailed policies. The strength of her commitment to levelling up remains unclear.

Economic and political realities suggest a focus will remain on reducing regional inequality, including through research and innovation policy. The white paper’s announcement of the creation of three innovation accelerators in Glasgow, Manchester and the West Midlands is one of Boris Johnson’s government’s most significant legacies for R&D.

But initiatives such as the missions set out in the white paper, and the support for R&D funding and infrastructure announced in the 2021 spending review, won’t fix high regional inequality and sluggish national growth. To achieve that, the new PM should consider creating institutions and settings tasked with delivering more balanced development across the UK. These should form part of a more systemic approach to research and innovation that redresses the current fragmented, overlapping and often conflicting jurisdictions and policy remits.

Research shows that regional resilience is very uneven in the UK. Shocks such as Brexit and Covid-19 hit less-prosperous or adaptable regions hardest. These places have lower levels of economic diversity, skills and connectivity, alongside a heavier focus on manufacturing compared with service-oriented economies such as London.

Events such as Brexit will cause disruption over many years. They tend to work against levelling up, as the adverse impacts are 60-90 per cent greater in economically weaker regions than more prosperous areas. These disparities are mirrored by differences between the richer and poorer parts of each region.

Fostering regional resilience requires policies that help local firms become more diverse in the technologies they use and the industries they work in. This approach is already informing new initiatives, including efforts to create space-industry clusters in areas with high potential in the relevant technologies, such as the West Midlands.

Crucial to these efforts is leveraging local entrepreneurial aspiration, discovery and invention, and pilot programmes to develop regional opportunities. Modern industrial and innovation policies focusing on such local innovation and entrepreneurship tend to be very bottom-up. But these policies also need subnational institutional settings that are largely absent in the UK.

Many countries have institutions with regional and national representation, such as Germany’s Joint Science Conference and Spain’s General Council for Science and Technology. Others, such as Mexico, Poland and Norway, have other entities that bring different levels of government together to define and execute policy, or networks of national agencies and regional offices that support policy implementation. In contrast, the siloing of different levels of government is one of the main bottlenecks in UK innovation.

There is an urgent need for governance mechanisms to coordinate strong collaboration in R&D and innovation between different places. This is not just about creating three innovation accelerators outside the South East; it’s about building the system-wide mechanisms that mean these infrastructures benefit the whole country.

In particular, rebalancing the UK industrial and innovation landscape will require measures to repair the disconnect between less and more prosperous regions. In terms of R&D and innovation, this means creating a more connected national and multiregional innovation system to which national, regional and local stakeholders can all contribute.

Creating links between richer and poorer regions has proved a successful aspect of the EU’s regional policy of smart specialisation, and the EU Interreg programme provides many other good examples. Countries such as Australia and Canada have found ways to help all places follow similar growth pathways.

Going from market failure to system-wide transformation will require public-private partnerships between universities, businesses, government and civil society, including public procurement and other mechanisms. These partnerships will need to be built around the idea that renewal and development are driven by collaboration within and between areas. Many OECD countries have used such initiatives to address their grand challenges in a systemic and transformative way. It is time for the UK to follow their lead.