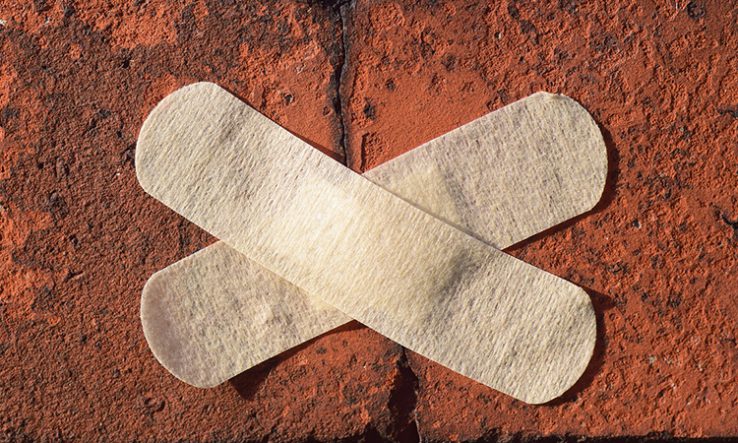 Few in UK higher education and research have any experience of leading in a period of rapidly rising inflation; and a change of prime minister and an imminent mini-budget haven’t helped to provide certainty. Delay in association to Horizon Europe means the UK is seeing declining applications to European programmes, loss of confidence among international collaborators and signs of talented people leaving for more certain shores.

This uncertainty is despite a drumbeat of government strategies in recent years. The R&D Roadmap of July 2020 signalled several major initiatives. The Innovation Strategy was published in July 2021, alongside the R&D People and Culture Strategy. The first strategy from UK Research and Innovation (UKRI), spanning five years, was published this May.

One might think that the path to the future was clear. Unfortunately, it’s not.

The R&D People and Culture Strategy says “people are at the heart of great R&D”. In an uncertain environment, what does this mean? Are we on track to the roadmap’s “bold and ambitious vision to make the UK a global science superpower”?

As the People and Culture Strategy also notes, reaching the government’s target of spending 2.4 per cent of GDP on R&D by 2027 means adding 150,000-400,000 people to the research and innovation system. Recent history shows the scale of this challenge. Tony Blair’s government had a very similar target, aiming for 2.5 per cent of GDP, but the needle did not move, in part because the UK system was not set up to absorb the money.

Other countries’ experiences also hold lessons. Japan’s failure to invest in early career researchers has seen research programmes lose momentum and the number of PhD students halve since a peak in 2003. Between 1996 and 1998, Japan ranked fourth in the world for its share of papers that were in the top 10% of citations. By 2016-18, it had fallen to 11th.

With about 100,000 people working towards doctoral degrees, the UK has one of the largest populations of postgraduate researchers in the world. But the system is complex and rigid, with arcane rules and regulations, and is under strain. Both the R&D Roadmap and the People and Culture Strategy recognise this, committing the government to look at doctoral education from end to end, and to devise a new deal for postgraduate researchers.

About a quarter of postgraduate researchers are supported through UKRI—a huge investment of public money. A large fraction of the other three-quarters are self-funding.

UKRI recently announced an uplift in its minimum stipend, which often sets benchmarks for others. Postgraduate researchers, understandably concerned about the cost of living, welcomed the change, but it is an expensive one and—without new money from the government—could necessitate large decreases in PhD places.

Just as concerning, university finances are under pressure nationwide. I suspect that, for postgraduates not supported by UKRI, some institutions will be unable to match the uplift.

My own, Sheffield Hallam, decided in the spring that take-home doctoral stipends should match the real living wage—which is based on the cost of living and is a higher mark than the national living wage. We also increased future scholarships to 3.5 years as standard, as per recommendations submitted to recent research council reviews of doctoral education.

These changes were possible as we are a large university with a manageable number of postgraduate researchers, with a strong financial position and a commitment to welcoming people from any background. Years of policy, however, have pushed some universities to take on increasing numbers of postgraduate researchers in a complex system of fragile funding streams. The pandemic exposed the risks of this approach, and they are being highlighted again.

I don’t know what the consultations on the new deal will reveal, but it is the start of a long-overdue conversation with no easy answers, only trade-offs.

The current strategies and roadmaps remain broadly right: we have to put people at the heart of research and realise that the largest pool of talent is the one we don’t know about yet. The uplift from UKRI was the right thing to do and resulted from a huge amount of work behind the scenes from dedicated, expert people navigating complex paths.

But, without more funding and a commitment to follow the roadmaps, opportunity for a diversity of people may decrease. Past experience at home and abroad shows that people absolutely do matter, and we won’t become a science superpower without some frank, collective soul-searching.